PROTECT THE RIGHTS OF WOMEN AND GIRLS FROM ALL FORMS OF VIOLENCE.

The National Commission for Civic Education (NCCE) joins the rest of the world to celebrate International Day for the Elimination of Violence Against Women and also reminds all to protect the rights of women and girls from all forms of violence. This year’s celebration is themed, “Unite! Activism to End Violence against Women & Girls”.

Violence against women, according to the United Nations (2022) is one of the most common forms of abuse in our societies, with deep-seated consequences such as psychological trauma and stigma. Laws and treaties have been put in place to serve as guidelines to citizens, victims, and stakeholders.

Ghana is a signatory to the Convention on the Elimination of all Forms of Discrimination Against Women (CEDAW); a platform that empowers countries to work towards ending discrimination against women and promoting equal rights for women.

Chapter 5 of Ghana’s 1992 Constitution highlights the fundamental human rights and freedoms of persons living in Ghana which includes the protection of the rights of women and children. Article 28(2) also states that “every child has the right to be protected from engaging in work that constitutes a threat to his health, education or development”.The Domestic Violence Act, 2007 (Act 732), details the definition of domestic violence and provides avenues for victims to seek redress. These provisions remind policymakers and state actors to commit to protecting the rights of women and children.

The NCCE over the years have consistently engaged women and young girls on their fundamental human rights using its Civic Education platforms and will continue to intensify education across the country. In its recently launched Gender Policy, titled, “Gender Mainstreaming for Effective Delivery of Civic Education”, the Commission is heavily relying on its Gender Policy document to ensure a heightened gender consciousness among staff and to a large extent other vulnerable groups and the general public.

The NCCE urges all Ghanaians, to promote and protect the interests of women and girls and encourages citizens to report and seek redress through channels approved by law.

Together let’s work towards the elimination of violence against women and girls in our country. We must initiate steps that will encourage and empower victims to boldly report cases/ suspected cases of violence against women to the Domestic Violence and Victim Support Unit (DOVVSU) of the Ghana Police Service and the Commission on Human Rights and Administrative Justice (CHRAJ). 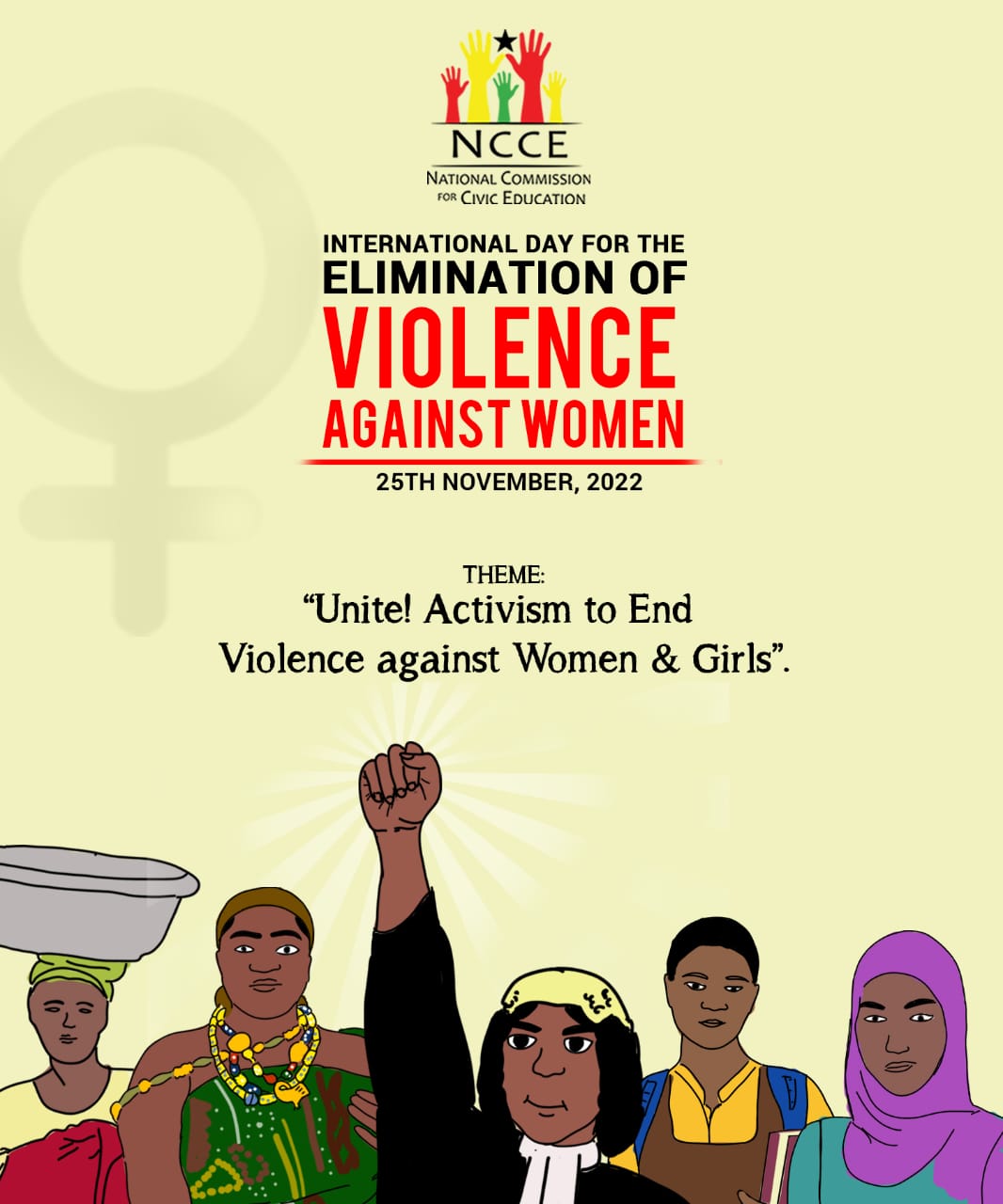 News
A delegation from the National Commission for Civic Education, NCCE,...
Jul 14, 2022