The Akuapem North Municipal Directorate of the National Commission for Civic Education (NCCE) engaged Civic Education Club (CEC) members of Hark Mount Sinai Senior High School at Akropong on the Preamble of the 1992 Constitution of Ghana on the 16th of November 2022.


The resource person Mr. Eric K. Ocloo (PFO) of the Akuapem North Office of the NCCE, together with David K. Adu (ACEO) and Sam N. Keli (SFO) briefly enlightened the CEC members on the Preamble as an introductory statement of the Constitution. The Preamble guarantees the principle of universal adult suffrage; freedom; justice, probity, and accountability; and the protection and preservation of fundamental human rights and freedoms, unity and stability.

Eric K. Ocloo (PFO) admonished club members to abide by the core values of the Constitution as inscribed in the Preamble in order to promote national unity and stability. 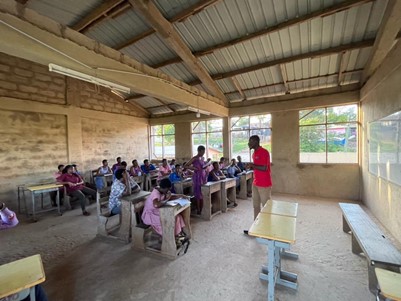 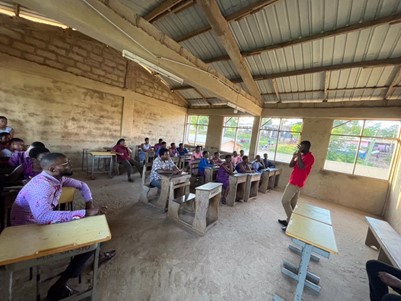 Mr. Eric K. Ocloo (PFO), urging some staff and members of the CEC to uphold and defend the Constitution at all times