NCCE ORGANISES A QUIZ COMPETITION FOR FINALISTS OF THE BRAIN CHALLENGE

The New Juaben South Office of the National Commission for Civic Education (NCCE) in collaboration with Big M Consult event organizers held the finals of its maiden Civic Education Clubs quiz competition dubbed, “The Brain Challenge 2022” on November 11, 2022, at the Koforidua GNAT Hall.

The contestants were quizzed on the 1992 Constitution of the Republic of Ghana, environmental issues, the political history of Ghana, current affairs and true or false questions. Dr. Boakye Agyeman, the head of the Computer Science Department, Koforidua Technical University was the quiz master for the day.

Big M Consult, with sponsorship from Promasidor Company and Joy Industries, awarded the winners of the competition; Brentford International Academy with a cheque of two thousand Ghana cedis (GH¢2,000.00), gold medals and a trophy to be kept for a year. Trinity Presby Royal Preparatory School also received a cheque of one thousand Ghana cedis (GH ¢1,000.00) and silver medals. The Universal Preparatory School received a cash prize of five hundred Ghana cedis (GH¢500.00) and bronze medals. Kovoc Schools Complex; received a cash prize of two hundred Ghana cedis (GH¢200.00). All four schools were given hampers from the sponsors whiles certificates of participation and other packages were awarded to all participating schools

The Municipal Director of NCCE, Mr. Francis Allan Cobbah stated that as a Commission, a quiz competition is one of the important annual flagship programs but inadequate logistics and financial constraints have incapacitated the Commission from carrying out these functions. He also mentioned that the Commission has established Civic Education Clubs (CECs) in almost all the schools in Ghana from the basic through to the tertiary level. He further stated that lawlessness abounds in our societies and so if students have access to and understand the 1992 Constitution, schools will churn out students with appreciable knowledge of the Constitution and this will help build a peaceful nation with law-abiding citizens.

He was delighted that the Big M Consult proposed to partner with NCCE to organize the quiz competition. He thanked Big M Consult and hoped for further collaborations in the future. 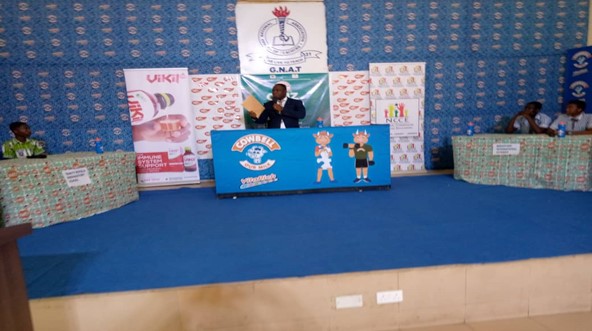 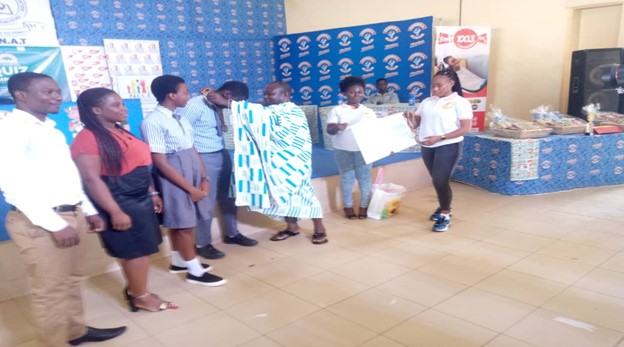 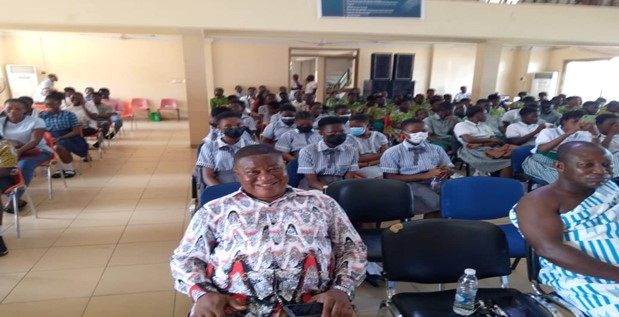 A cross-section of invitees at the competition 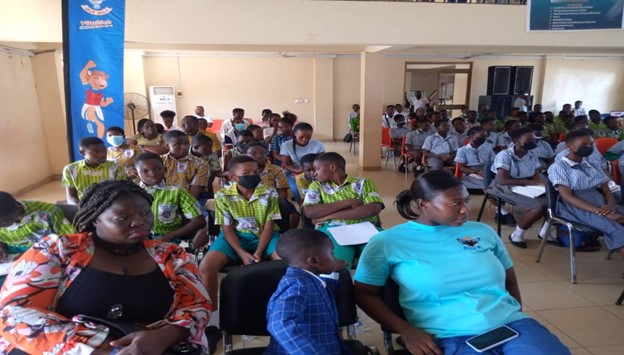 A cross-section of invitees at the programme