The National Commission for Civic Education ( NCCE ) has held a symposium with tertiary education students at the Damongo nurses Training college at Damongo in the savannah region on Thursday, 17th February 2022.

In a welcome address, the Ag. Savannah regional NCCE Director, Mr. Issaka Zitor explained that the NCCE as part of its planned activities under the preventing electoral violence and providing security to the Northern border regions of Ghana project, is implementing symposiums with tertiary institutions in the five (5) northern regions of Ghana throughout in the month of February 2022.

Mr. Zitor added that the broader goal of NORPREVSEC is to fight against transnational organized crime while promoting respect for human rights and the Rule of Law.

The Ag. Director said the symposium seeks to equip participants with the relevant information on violent extremists and youth radicalism to guard them against being recruited to perpetrate violence in the savannah region and Ghana at large and to also create the platform for dialogue among Stakeholders on the responsibility of addressing the tensions being created by activities of violent extremists or terrorist groups in the Sahel region and preventing likely spill over in Ghana.

Mr. Zitor further explained that, by adopting the 1992 Constitution, the people of Ghana have subscribed to the tenets and practice of democratic governance.

Mr. Zitor also indicated that all citizens have the power to exercise political control through their involvement in the governance processes, especially where there is democracy.

He advised the tertiary students by the words " words are like bullets, and your mouth is like a gun. when you shoot a gun, the bullet is going to come out, is there any way for you to take that bullet back, No".

Deputy Director for the NCCE in charge of operations, Mr. Samuel Asare Akuamoah on his side explained that the symposium was meant to create the awareness among the citizenry on the potential risks faced by the country saying, the recent incidents of political instability in countries that share a border with Ghana are of a major threat to the country’s peace and security, Mr. Samuel Asare Akuamoah said.

He added by saying “The current security situation in Ghana’s neighbouring countries such as Burkina Faso, Mali, Niger, and others are worrying and that it is the responsibility of everyone to prevent the disruption of our democracy,” he said.

Mr. Akuamoah said this at a symposium on violent extremism at the Damongo nurses training school in the West Gonja Municipality in the Savannah region which was attended by the students of the school, unemployed graduates, and National Service personnel who were taken through a presentation on violent extremists activities.

Mr. Akuamoah also explained that the event forms part of a national campaign against violent extremism which is being carried out by the NCCE, in collaboration with the Ministry of National Security with funding from the European Union (EU).

National Security Coordinator for the Savannah region, Mr. Bismark Seidu in a presentation cautioned the youth to use the groups to fight violent extremism and not to allow themselves to be used to perpetrate crimes by jihadist movements groups and violent extremist groups.

He further urged Ghanaians to be security-conscious at all times and to notify security agencies of any suspicious individuals living among them.

He bemoaned the participants to stay vigilant on strange happenings around them and also urged them to form groups to create jobs for themselves and not to be used for violent extremists activities.

He added that, violent extremism activities such as radicalism, terrorism, etc poses a lot of threats to the lives of the people and on our way of life and that, it is the responsibility of the Ghanaian government to put measures in place to preserve the safety and security of the citizenry by implementing a national framework on preventing violent extremism and terrorism in the country and in the Sahel regions.

Mr. Bismark further explained that the ministry of National security is a national institution that works for the nation and for society.

The symposium was financed by the European Union in collaboration with the Ministry of National security and the NCCE.

Present at the symposium was the Ag. Municipal NCCE director, Chief Abdallah Ahmed who chaired the occasion, the principal of the Damongo Nurses training college, and other heads of departments. 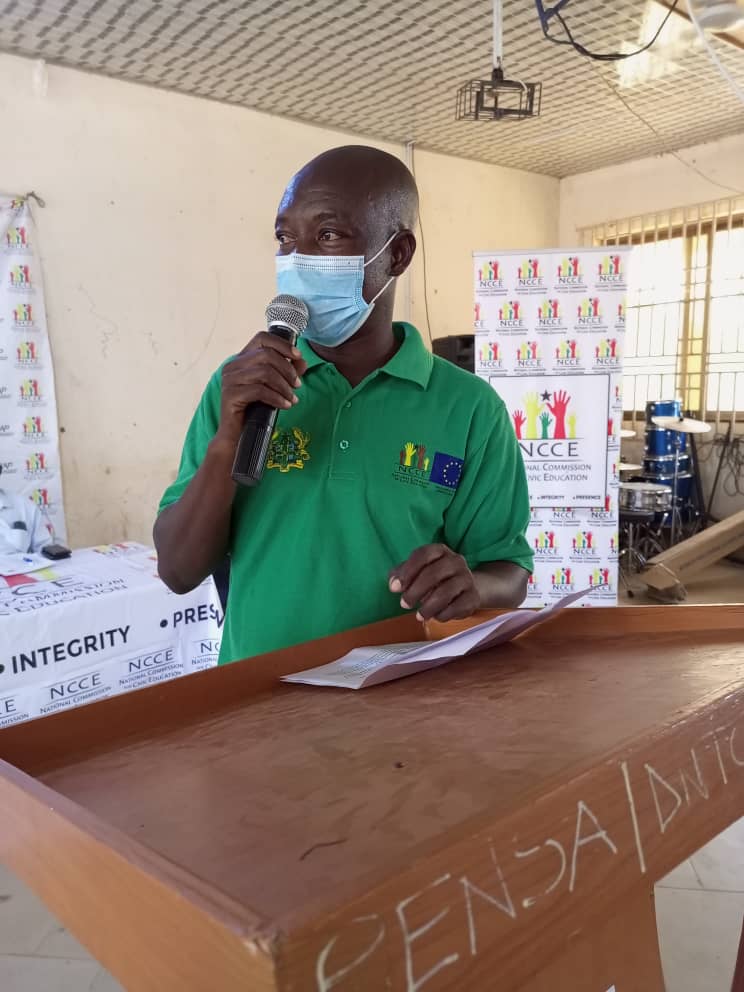 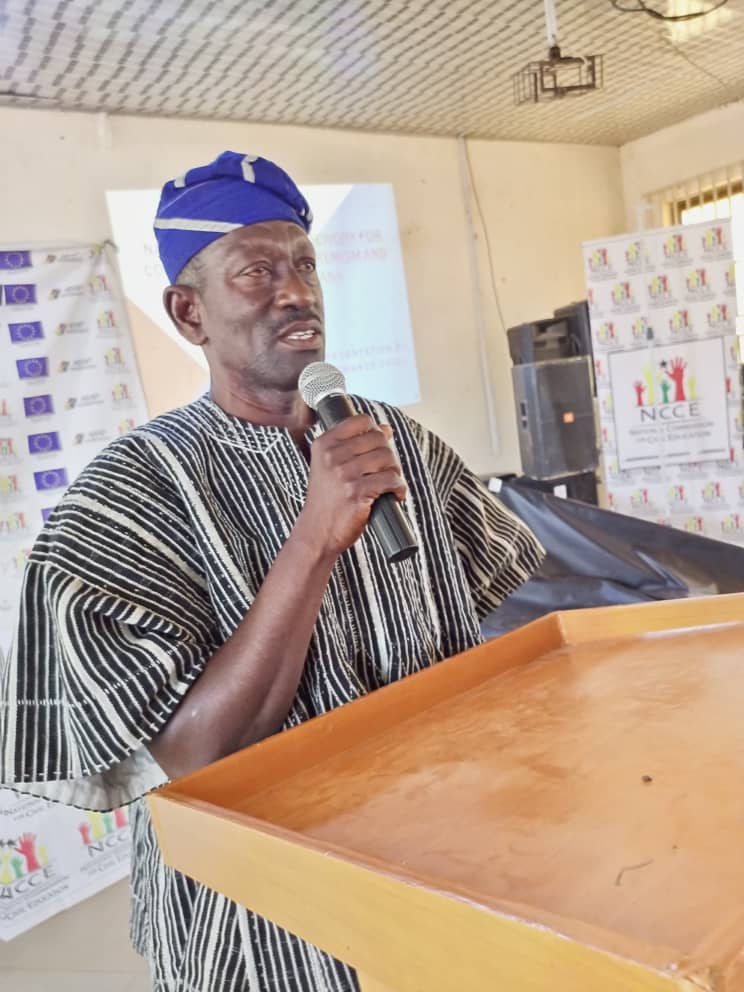