samankese (E/R), May 7, GNA - The West Akyem Municipal Directorate of National Commission for Civic Education (NCCE) has called for an introspective look at Ghana’s journey through the fourth republican constitutional rule and re-orient themselves towards maintaining national peace and unity. 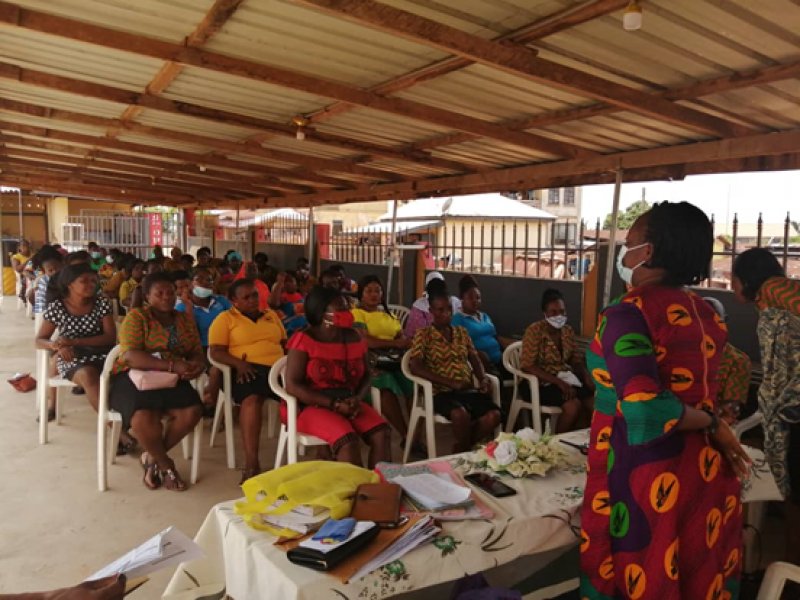 The Commission said the adoption of a constitutional rule in 1992 by Ghanaians was a call to action for a uniformed spirit of togetherness to work towards sustainable national development for the country.

Madam Modesta Annie Sapaty, the NCCE Municipal Director for West Akyem, made the call during a programme organised by the Ghana National Tailors and Dressmakers Association at Asamankese to begin this year’s Constitutional Week Celebration themed: “We are one, Ghana first.’’

“It is to this effect that the NCCE has called for a re-orientation of the Ghanaian citizenry on the essence of promoting national unity and development through the upholding of the core values of the 1992 Constitution,” she said.

The 2021 Annual Constitution Week theme was adopted by the NCCE to remind Ghanaians of their identity as one people with a common destiny, and the fact that national interest supersedes ethnic and all forms of parochial sentiments.

Touching on some of the core national values and principles inherent in the 1992 Constitution, Madam Sapaty highlighted patriotism, hard work, liberty, equality of opportunity, and prosperity.

She also mentioned freedom, justice, probity and accountability, respect for rule of law and fundamental human rights and freedoms as well as protection and preservation of unity and stability of the nation.

“A true patriot, for instance, will not condone corrupt practices in any form or shape and or lead a foreigner to indulge in an illegality, such as illegal mining, thereby causing wanton destruction to the vegetation and river bodies as are sadly being witnessed currently in Ghana,” she added.

She noted, should citizens continue to uphold the core values strictly, it would result in rapidly attaining and deepening the goals of good governance, national unity, and prosperity. “These are elements of our identity as one people with a common destiny.”

Madam Sapaty also urged all eligible citizens to endeavour to get vaccinated as the nation strives on promoting the fight against the COVID-19 pandemic and curb its further spread for healthy living among the populace.

She mentioned the use of information centres, open broadcasts, engagement with civil societies, traditional authorities, and other identifiable groups, as some major strategic activities outlined by NCCE to mark the 2021 Constitutional Week Celebration.

She said the celebration would be extended to schools to cover pupils and students within the West Akyem Municipality.
Source: GNA