Kumasi, May 14, GNA - The Ghana Police Service has reiterated its commitment to discharge its duties under the laws of the country. 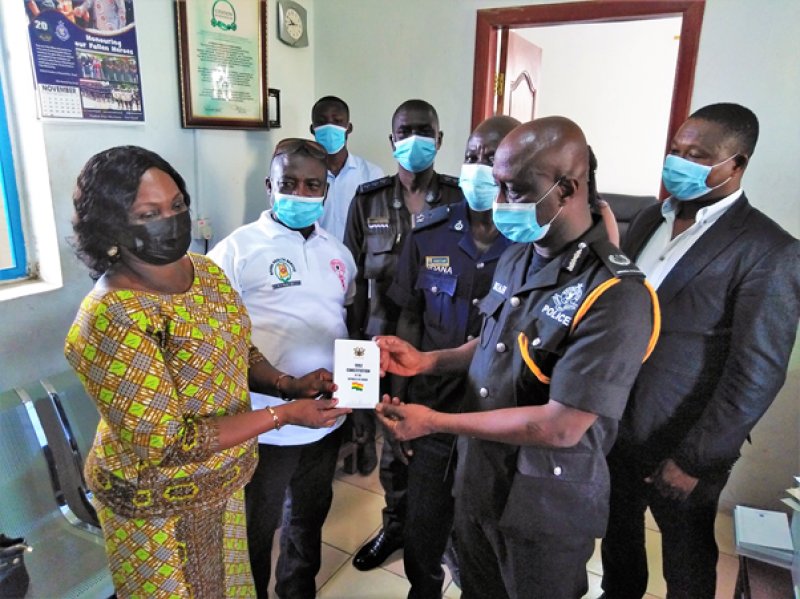 Assistant Commissioner of Police (ACP) Kweku Buah, the Manhyia Divisional Commander, who stated this, said the police as professionals, would uphold the laws of the nation and not act contrary to them.

ACP Buah, who was interacting with officials of the Ashanti Regional Office of the National Commission for Civic Education (NCCE) in Kumasi, said the national constitution was the guiding principle of the work of the police.

The interaction formed part of activities marking the NCCE’s Constitution Week, a period aimed at creating awareness on Ghana’s constitution, its provisions, and civic responsibilities of the citizenry.

It was on the theme: “Unity and National Cohesion-the Role of the Security Services.”

ACP Buah advocated a stronger partnership between the police and NCCE, saying regular interactions between the two institutions would help to advance the nation’s development agenda.

He stressed the need for the people to uphold the constitutional provisions relating to their respective fields of endeavour to promote discipline in society.

Madam Margaret Konoma, acting Regional Director of the NCCE, said the Commission, in commemorating the Week, had engaged personnel of the various security services, including the Ghana National Fire Service and Ghana Prisons Service.

The rest were the Ghana Immigration Service, Customs Division of the Ghana Revenue Authority, and Ghana Police Service.

Madam Konoma said the Commission had strategized the celebration of the Week to make it more interactive and lauded the security services for their participation and enthusiasm.

She said the citizenry was required to work collectively to enhance peace in the country.

The NCCE Official observed that since its inception in 2001, the Constitutional Week had helped to create awareness on the rights and responsibilities of Ghanaians as enshrined in the constitution.

Nana Konadu Agyemang, Civic Education Officer of the NCCE, advised the people to take a keen interest in knowing the provisions under the constitution for their benefit.

Mr. Arthur Wilson, the immediate-past Regional Director of the Commission, in a lecture, took the police through their constitutional mandate for effective work.

The Commission distributed copies of the pocket-sized constitutional documents to the police.

News
CORRUPTION A HINDRANCE TO THE DEVELOPMENT OF GHANA
Apr 20, 2018