Former President John Agyekum Kufuor has granted audience to the Chairman of the National Commission for Civic Education, Ms. Kathleen Addy after assuming office as the new head of the Commission. The visit is part of Ms. Addy’s engagements with public figures and relevant stakeholders in the quest to deliver effective civic education to Ghanaians. The visit was also an opportunity to officially introduce Ms. Addy to the former President and seek his wise counsel on civic issues in the country.

Ms. Addy in her brief introductory remarks said the Commission wants to tap into the expertise and experience of former President Kufuor on how civic education can be delivered effectively and how it can be used to transform other communities and the country as a whole. She said wise counsel is needed because of the way the Former President championed the principles of Ghana’s democratic governance and his appreciation of governance and civic issues. ‘The Commission sees your counsel as valuable. We want to hear from, Your Excellency especially on better ways to improve civic education,’ Ms. Addy requested.

Ms. Kathleen Addy said the Commission recognises the weight of its mandate and gave the assurance that, under her leadership, the mandate and independence of the Commission will be taken seriously to engender a civic-minded society.

Former President Kufuor said, it feels great to welcome the leadership of NCCE and firstly congratulated Ms. Addy on her new role as NCCE Chair. He described Civic Education as important in any country, especially its role in engendering a sense of responsibility among citizens and in the State.

Former President Kufuor said, empowering the citizenry to exact accountability from governors is a critical role of civic educators. ‘If citizens don’t know their rights under the 1992 Constitution of Ghana, then they won’t be able to demand accountability from duty bearers. You bear a bigger responsibility for the problems and welfare of the nation. Civic educators should not be partisan and you must deepen citizens’ appreciation of their rights and civic duties. ’, he explained.

Former President Kufuor also in his interventions said the country’s aspirations should evolve around civic education. One that seeks to nurture a civic-conscious society for national development. He urged the Commission to leave no stone unturned to implant civic values in Ghanaians.

Ms. Addy was accompanied by Commission Members and Directors. 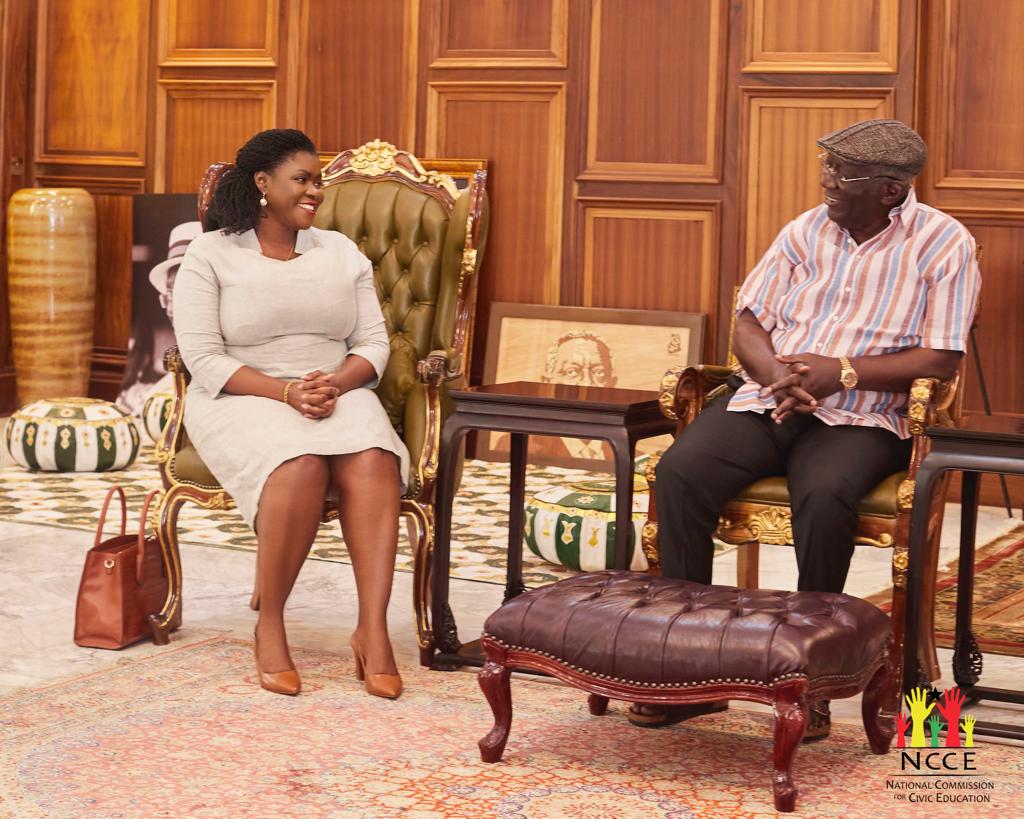 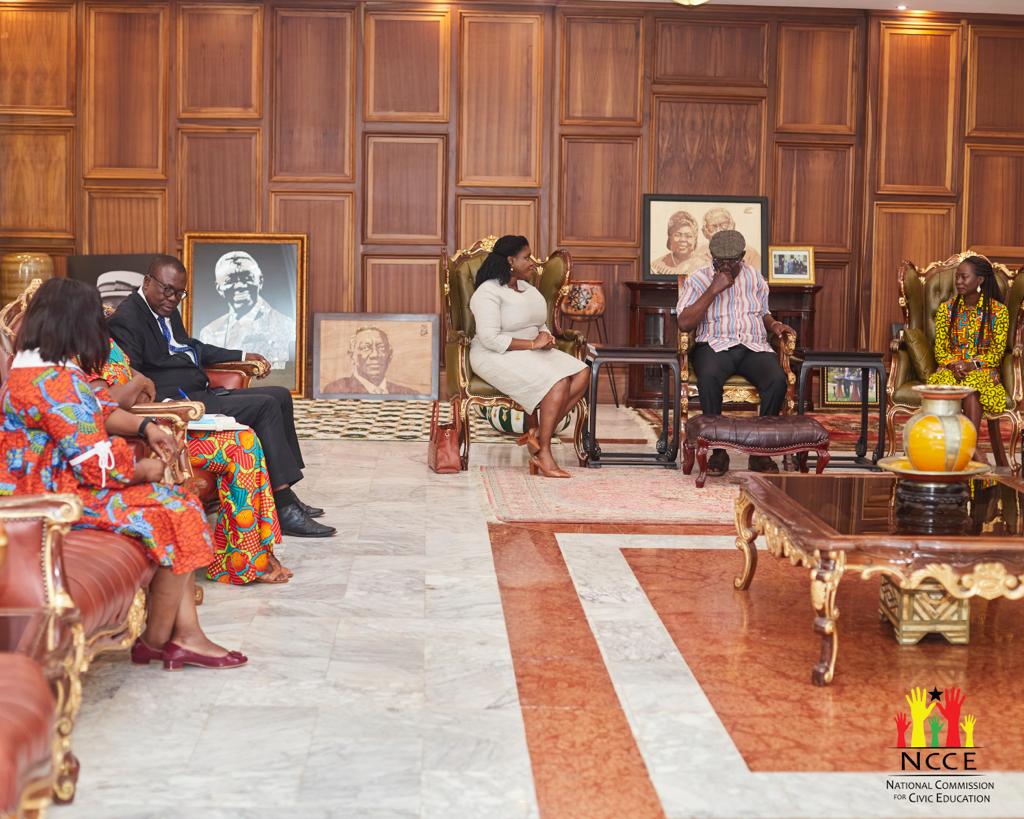 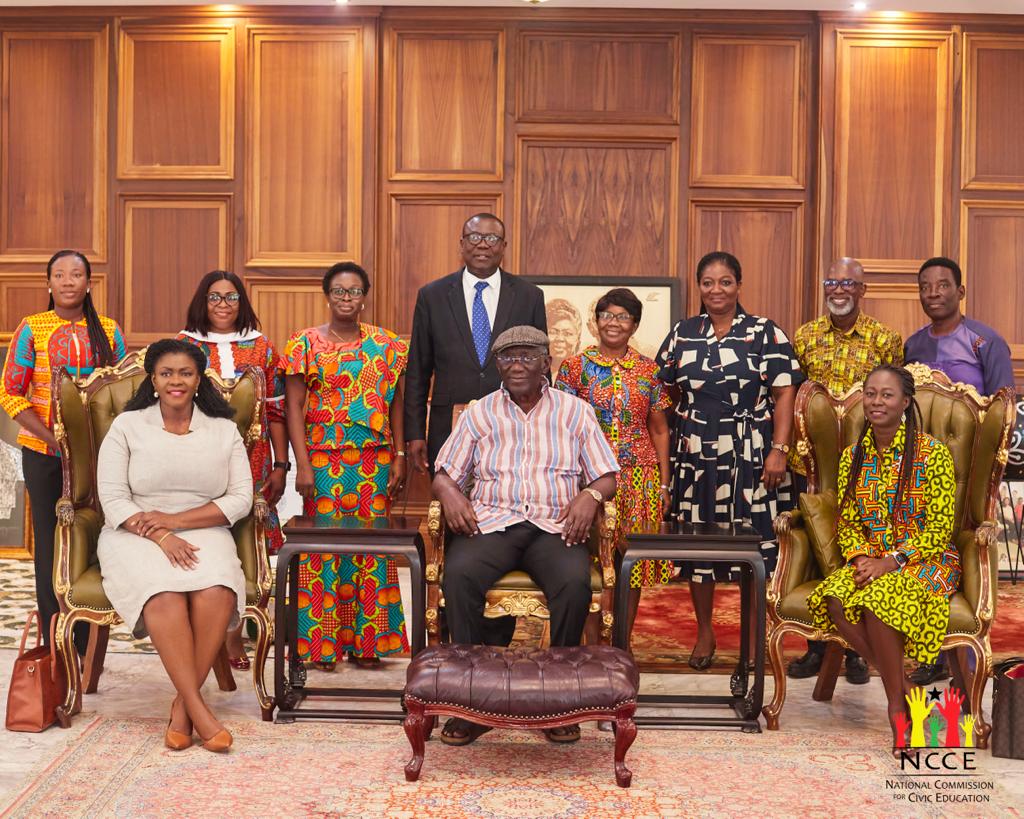 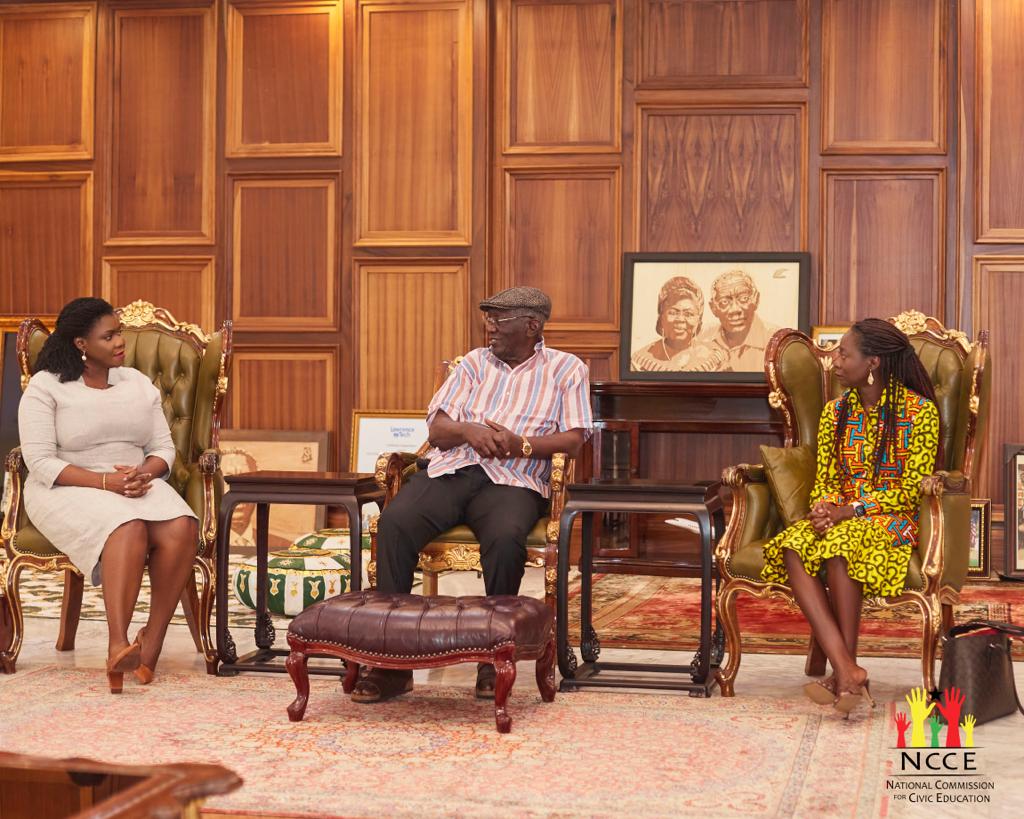 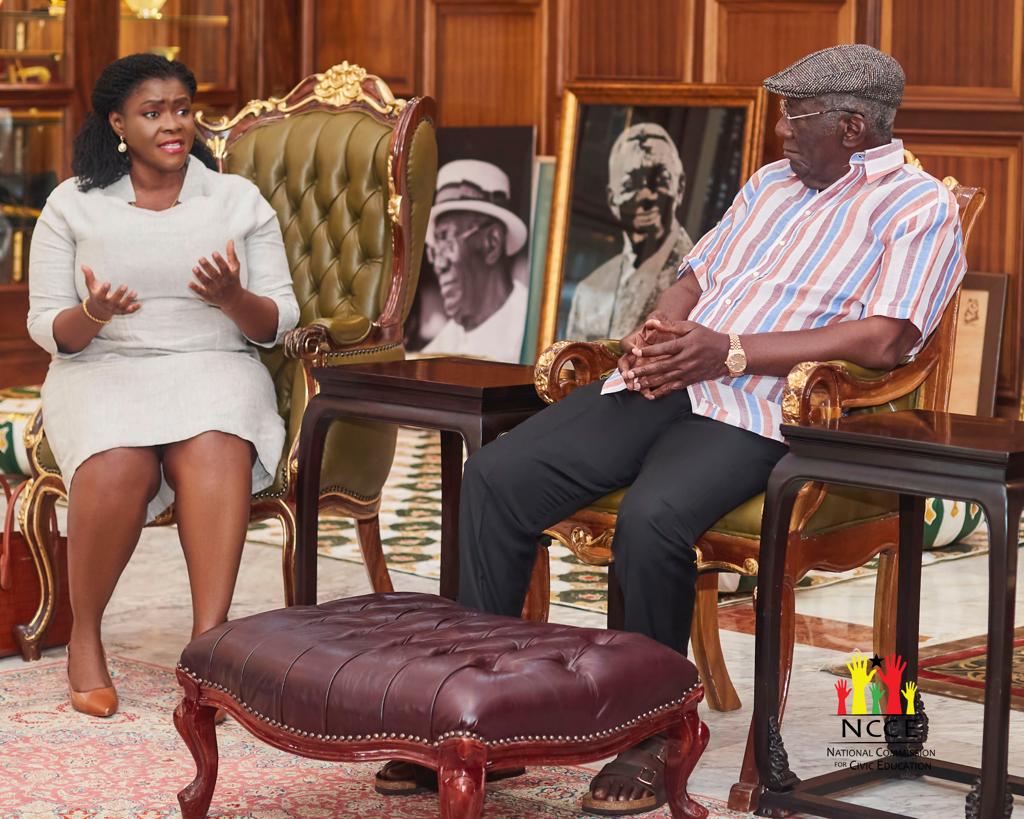 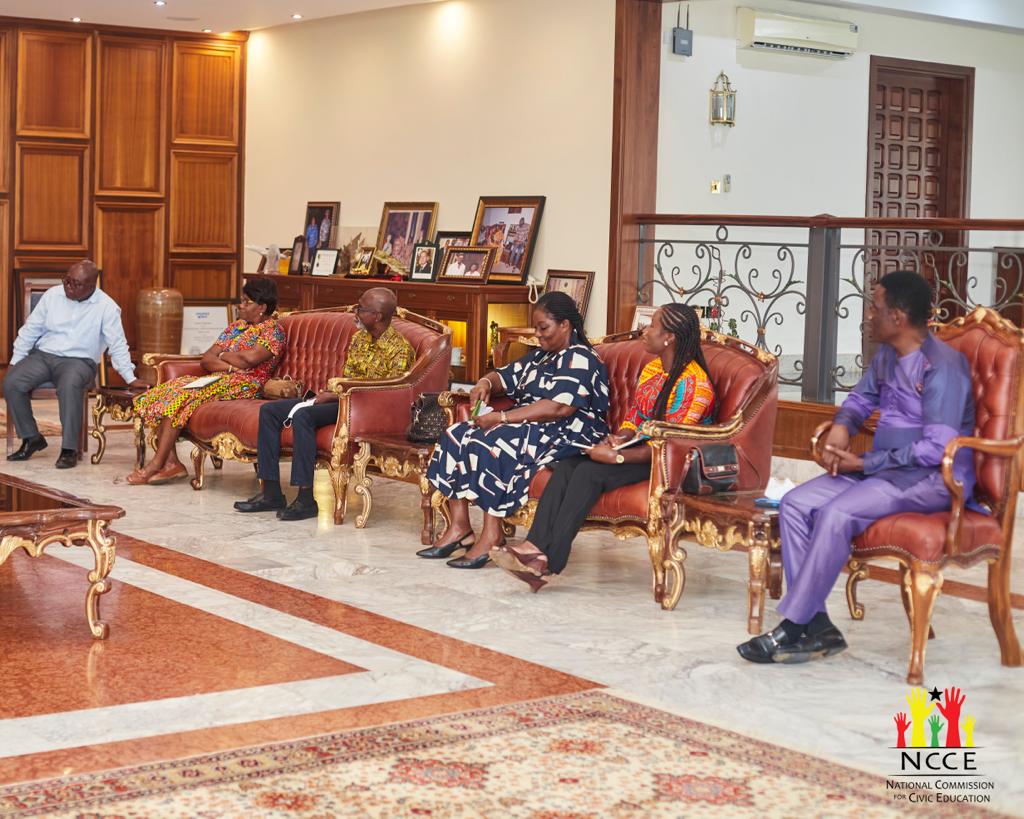 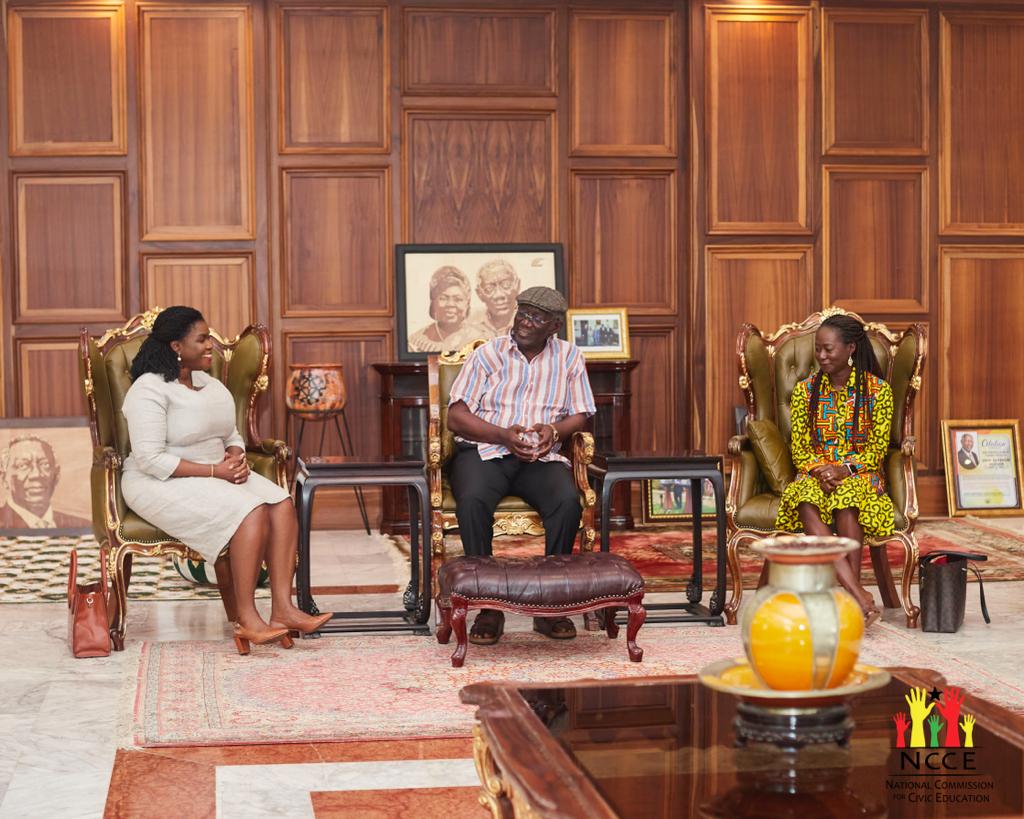 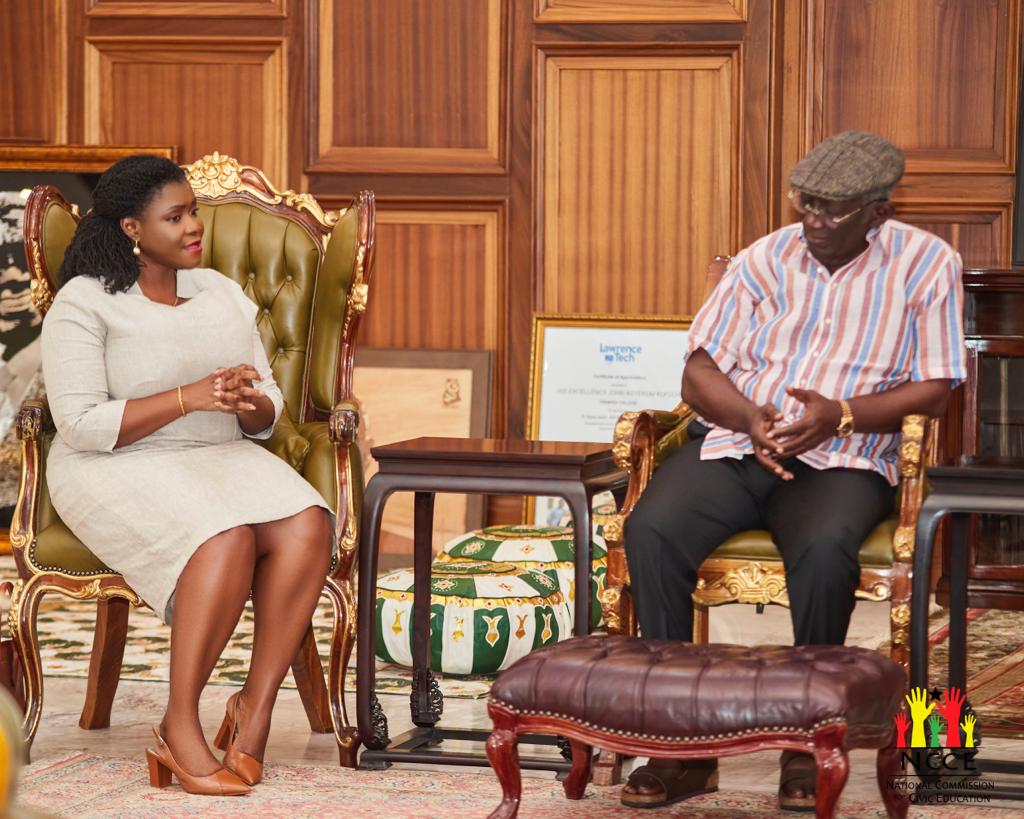