Ghanaians must take pride in the 1992 Constitution-NCCE

Apam (C/R), May 4, GNA - Madam Edith Ivy Howard, the Gomoa West District Director of the National Commission for Civic Education (NCCE) has called on Ghanaians to take pride in the 1992 Constitution and do all they can to uphold and defend it.

She said although the country had done well in holding onto the 1992 constitution and every effort was required from every citizen to ensure that it stood the test of time.

‘We have done well as a nation for holding onto the 1992 constitution for solid 29 years and we must continuously and have collectively uphold it as all we have got for eternity so that it could also serve us as a nation without us having to rewrite another, she said.

Madam Howard made the call when addressing the people of Gomoa West District of the Central Region on the importance of the 1992 constitution as part of this year’s constitution week celebration at separate engagements with pensioners, market women, churches, mosques and other identifiable groups.
She underscored the need for the citizenry to sustain the country's democracy defend and respect the constitution as a people and be abreast with its contents.

The constitution Week was instituted in 2001 to commemorate the country's return to constitutional rule and had since become one of the flagship programmes of the NCCE.

The week-long celebration among other things aimed at orienting Ghanaians on the need to uphold values such as demand for accountability, respect for rule of law, and respect for human rights and enhance quality citizenship among the people for effective democratic participation. 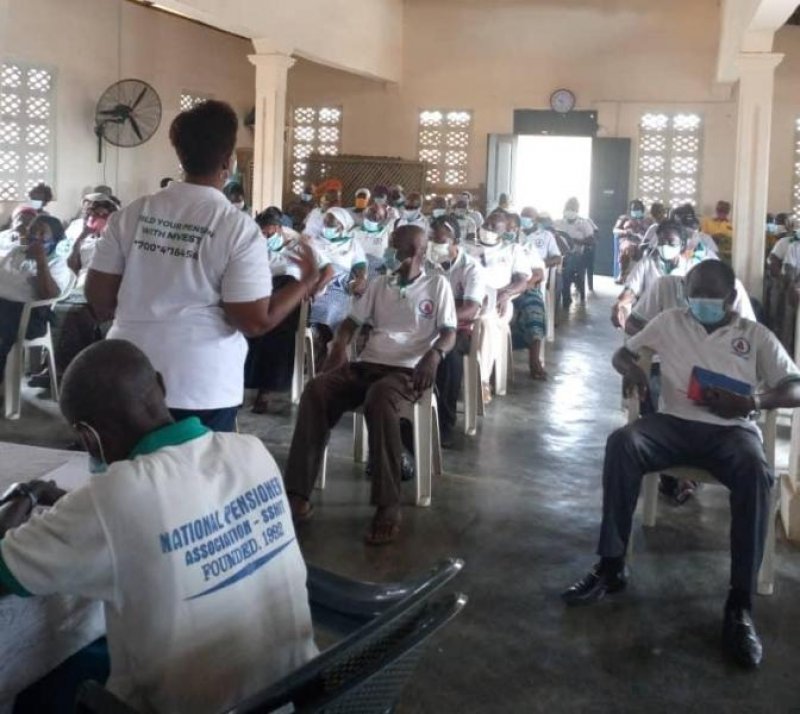 It is also to sensitize the people on the need for national unity and peaceful co-existence and inculcate into the citizens the spirit of oneness and patriotism.

The theme for the 2021 celebration is 'We are One, Ghana First'.

Madam Howard said this year’s theme emphasized identity as one people with a common destiny and the fact that national interest superseded ethnic and all other forms of personal sentiments.

She said this year’s celebration was also used to emphasize the need for a collective effort in the fight to eliminate COVID- I9 by getting vaccinated and encouraging others to do so and also observe the COVID-19 safety protocols.

She educated the people on their rights and responsibilities as enshrined in the 1992 constitution and urged them to be good citizens.

News
The United Nations of Uganda in collaboration with the National...
Jun 8, 2021

News
Our national symbols identify us as one people. Respect Ghana's...
Jun 8, 2021

News
​OUR LIVES AND LIVELIHOODS ARE TIED TO THE OCEAN
Jun 8, 2021

News
NCCE URGES CITIZENS TO GET THEIR GHANA CARDS
Aug 1, 2019