Ashamain, May 10, GNA - The Ashaiman Municipal Office of the National Commission for Civic Education (NCCE) has marked the National Annual Constitution week, with a call on the citizenry to uphold the 1992 Constitution and exude an unquenchable spirit of patriotism.

As part of activities to mark the 2021 Constitution Week celebration, the Ashiaman Municipal Office of the NCCE engaged the Women Ministry of the Apostolic Church, Jericho District on the theme: “We are One, Ghana First”.

The engagement was used to remind Ghanaians of the potency of the Fourth Republican Constitution, to deepen knowledge on the principles and objectives of the constitution, and encourage citizens to uphold it at all times.

Ms Gifty Agyeiwaa Badu, NCCE Ashaiman Municipal Director, expressed worry about acts of indiscipline including the politics of insults amongst others which were lessening the strides made as a country.

She, therefore, said patriotism was non-negotiable and Ghanaians must at all times display acts of nationalism by putting the country first and eschewing such behaviours that were detrimental to their wellbeing.

“Put Ghana first, foster national unity and live in harmony with others as enshrined in Article 41 of the Constitution. Ghana is our motherland and therefore we need to contribute our quotas for the development of the nation by paying our taxes, render national service when necessary, protect our environment and participate in decision making,” she advised.

She said it was time for Ghanaians to keep abreast with their rights and responsibilities as contained in the Constitution and perform such duties in decorum without infringing on the rights of others.

She said: “the celebration of the Constitution Week is a commemoration of our return to democracy; as the ajority of Ghanaians through a referendum on April 28, 1992, voted to accept a draft Constitution to become the Supreme Law of Ghana, hence the name; 1992 Constitution of the Republic of Ghana, which took effect on January 7, 1993.”

The NCCE Municipal Director explained that the Commission in 2001 instituted the Constitution Week as one of its flagship programmes to create awareness and remind Ghanaians of the commemoration of the country’s return to democracy.

She encouraged the women to be responsible and take charge of their homes by performing their duties as mothers and wives but also contribute their quota to community and national development.

As part of activities marking the Constitution Week, the Municipal Directorate would extend its engagement to religious groups, artisans, traders, drivers and passengers on the need to, at all times, uphold the country’s constitution.

It would be climaxed with visits to basic schools to create a platform for interaction between the children and volunteers to instil virtues of good citizenship and patriotism in them. 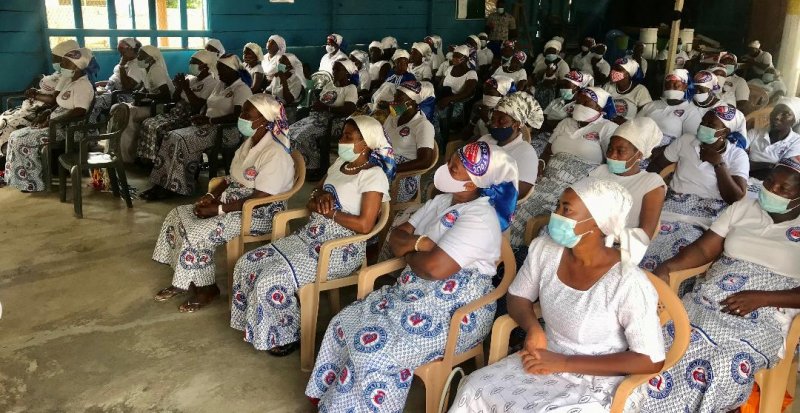