UEW donates copies of pocket-size booklets of constitution to NCCE 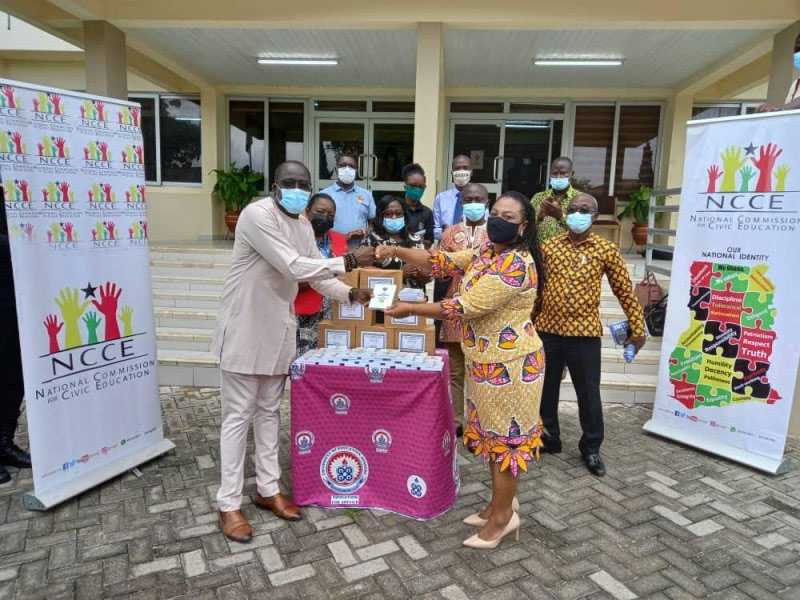 The University of Education, Winneba (UEW), has supported the Effutu Directorate of the National Commission for Civic Education (NCCE), with 2,000 pocket-size 1992 Constitution books.

Professor Andy Ofori-Birikorang, Pro-Vice Chancellor of the University who made the presentation at the University, said the donation was in response to an appeal made by the Directorate.

Article 231 of the 1992 constitution, gives the NCCE a specific role to promote the democracy of the Country, through awareness creation, education and other civic programmes, he stated.

Prof. Ofori-Birikorang, said the donation formed part of the University's corporate responsibility, hence the decision by management to support them.

He stressed the need for the Commission to intensify education and to explain its contents to the public.

He said for a country to enjoy the full benefits of democracy, the citizenry must understand their rights and responsibilities for them to protect and sustain them.

Prof. Ofori-Birikorang called for more resources to be channeled to the NCCE to execute their core duties as enshrined in the Constitution without hindrance.

Mrs. Josephine Nkrumah, Chairperson of the NCCE who received the booklets, expressed appreciation to the management of UEW, for responding to its request.

She stated, that when citizens are knowledgeable on their rights and responsibilities, they would be in the position to contribute immensely towards nation building and assured that NCCE would collaborate with the Institution in discharging its duties.

Later, she and her entourage called on Neenyi Ghartey VII, Paramount Chief of Effutu Traditional Area at his palace and copies of the constitution presented to them.

She appealed to the Chiefs to continue to appreciate civic education and study the constitution to be able to disseminate and encourage their people to contribute towards the sustainability of unity, national stability and development.

Neenyi Ghartey VII, expressed his appreciation for the efforts the NCCE was making to perform its duties amidst the lack of resources.

He promised that traditional leaders would play their part by reminding their people of their responsibilities towards the State to facilitate total development of their communities and Country at large.