Tamale, May 7, GNA – Security service personnel have been urged to collaborate and work assiduously to ensure unity and peaceful cohesion among the citizenry to bring in the needed development. 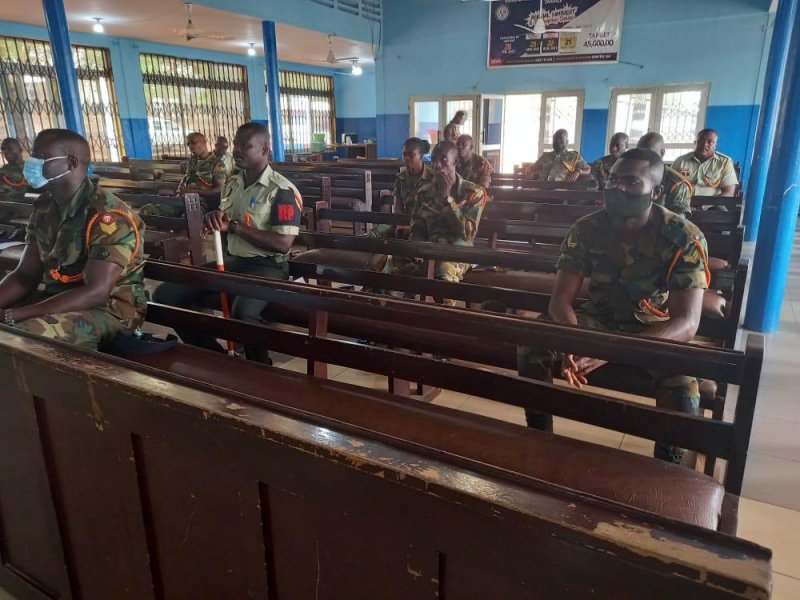 Alhaji Abdul Razak Saani, Northern Regional Director of the National Commission for Civic Education (NCCE), who gave the `advice, said the security services played a key role in Ghana's development agenda, hence, the need for them to work diligently together, to maintain law, order, and peace in the country to achieve desired results.

He said this when the NCCE engaged personnel of the Ghana Armed Forces (GAF), in Tamale, to refresh their memories on the 1992 Constitution in pursuit of democratic and good governance, and also remind them of their duties as citizens in nation-building.

It formed part of series of activities to mark this year’s Constitution Week, on the theme; “Unity and national cohesion: The role of security services”.

The Constitution Week celebration fulfills one of the NCCE's mandates to create and maintain public awareness on the principles and objectives of the 1992 Constitution to promote Ghana’s democracy.

Alhaji Saani explained that “a country cannot achieve its vision of improving on the livelihoods of its citizens when there’s no unity and cohesion among them. It is, therefore, our duty to curtail activities that can threaten our peaceful coexistence for us to prosper as a nation".

He encouraged security services personnel to defend the country’s Constitution against all forms of violations and abuse, saying that, it was the supreme law in Ghana.

The NCCE Director spoke about the COVID-19 and its preventive protocols and urged participants to continue to abide by all outlined measures to curb the spread of the virus, and added that they should not lose their guards since the fight to mitigate its infection was not yet over.

Sargent Daniel Nyamah, an Officer with the Regimental Police unit of the GAF, suggested the need for the 1992 Constitution to be incorporated into the Ghana Education Service curriculum in basic schools.

This, he noted, would imbibe in young people, the culture of putting Ghana first, and defend the 1992 Constitution of the Republic of Ghana at all times to consolidate the country’s democratic gains.

Lieutenant Emmanuel Oppong, an Army Officer, expressed gratitude to the NCCE for the education and said they would continue to play their roles as an institution, to help develop the country.

The Northern Region NCCE would carry out similar engagement with other security service personnel in the region.
Source: NA

News
JOURNALISTS SELECTED FROM THE WESTERN, CENTRAL, AND VOLTA REGIONS OF...
Sep 9, 2020

News
NCCE wished all Muslims peace, and a blissful Eid-ul-fitr
May 13, 2021