Tolerate and respect the political views of others. Your political opponent is not your enemy but one who has equal right to express an opinion on issues of national interest. The 1992 Constitution entreats the State to promote the culture of political tolerance. This directive is for all to be adherers. State your views on national issues without necessarily attacking your political opponent. Do not also victimise your fellow citizen for stating a position on an issue, either political, social or cultural. Political tolerance is a key principle of democracy and it gives room for debates and exchange of views, opinions and ideas for the national good. Let's work as patriotic citizens of our dear country 🇬🇭 to promote the culture of political tolerance by accepting the political views of other citizens 👍Your views matter as a citizen of Ghana! 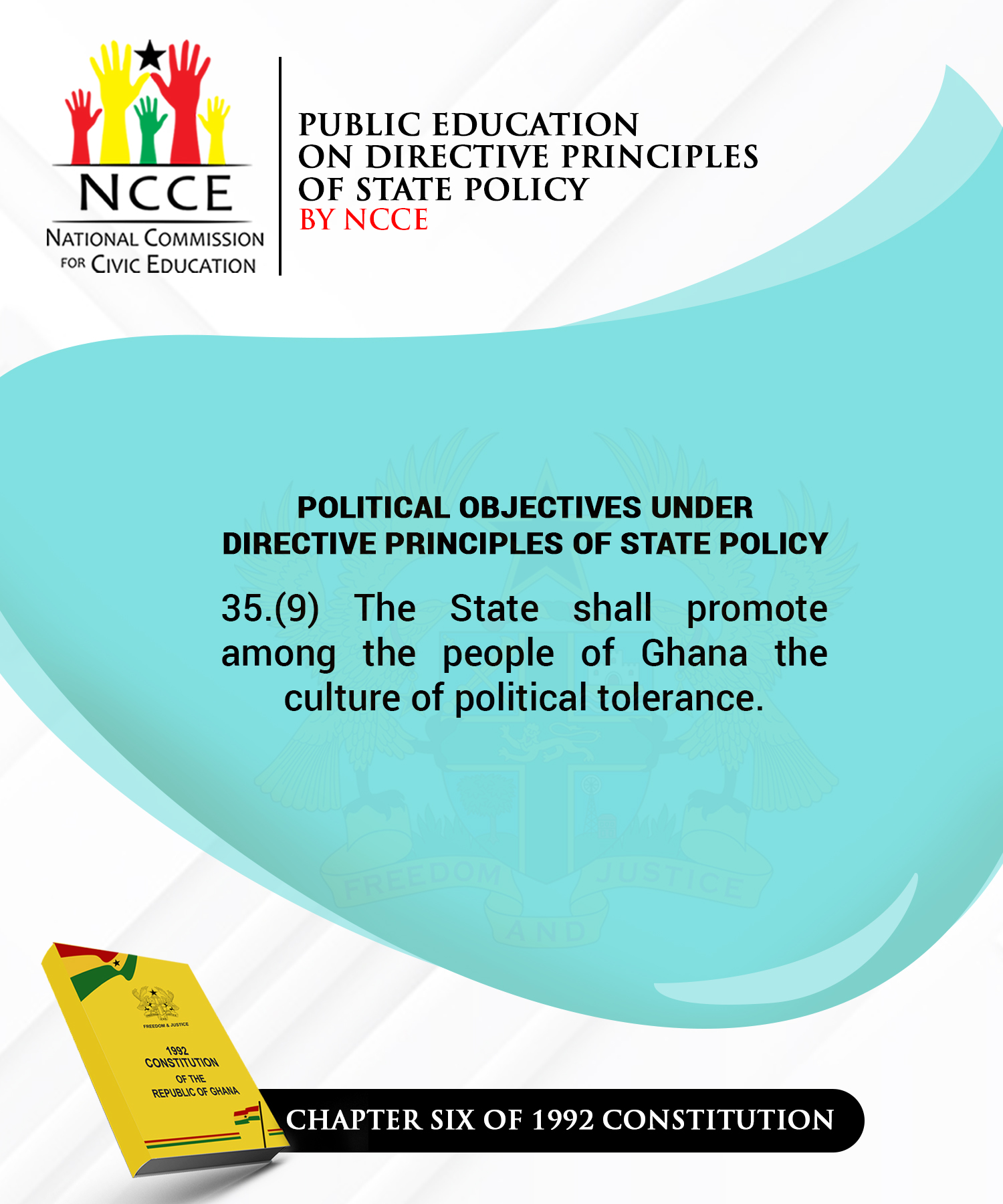