Effiduase (Ash), Oct. 26, GNA – Ghanaians have been admonished not to turn blind eye to issues that have the potential to threaten national security, peace and stability of the State.

They must be proactive by alerting the appropriate authorities as a matter of urgency and save the nation from looming dangers.

Mr. Michael Boahene, the Sekyere East District Director of the National Commission for Civic Education (NCCE), who made the call, said the security of the State was a civic responsibility of every Ghanaian.

He was addressing participants of the Inter-Party Dialogue Committee (IPDC) on violent extremism as part of a campaign being spearheaded by the Commission to sensitise the public on national cohesion and peaceful co-existence.

With funding from the European Union (EU), the campaign is being implemented by the Commission and the National Security Ministry on the broad theme: “Empowering Ghanaians to Stand for National Cohesion and Inclusive Participation.”

Mr. Boahene said it was imperative as citizens to be interested in the stability of the State because no meaningful business could be conducted in a chaotic country.

He, therefore, encouraged the citizenry to report suspicious characters in their communities to foil any sinister plot they might want to carry out against innocent citizens.

He said Article 41(i) of the 1992 Constitution enjoined the citizens to co-operate with lawful agencies in the maintenance of law and order and charged Ghanaians to act in accordance with the constitutional provision.

Madam Akua Zakaria, the Deputy Regional Director of NCCE, reaffirmed the Commission’s commitment to safeguarding the country’s fledgling democracy and called on Ghanaians to live up to their civic responsibilities.

She entreated the participants to share the discussions with their respective groups to achieve the needed impact. 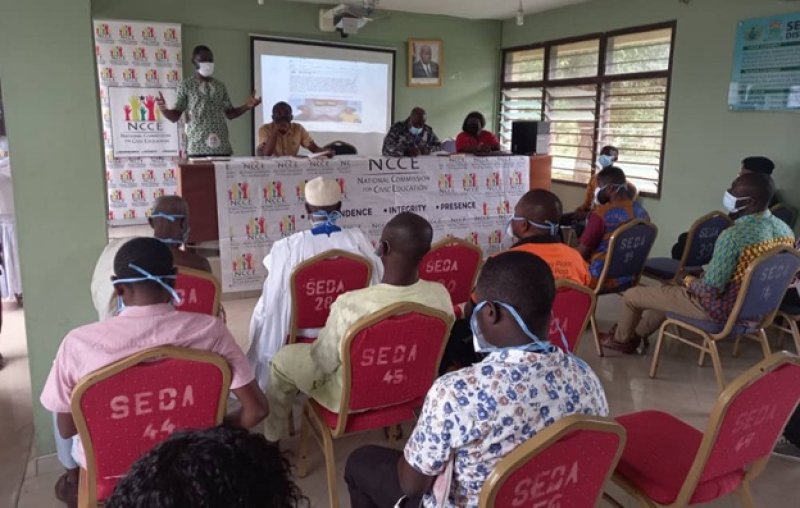