In his welcome address, the Ada West District Director of the NCCE, Samuel Etsey, said the quiz was a means of inculcating good values in the pupils and promoting the learning of the 1992 Constitution and general knowledge of Ghana.

He pointed out that it is important to ensure that pupils in the District are abreast with the 1992 Constitution, especially from the basic level so that they would become responsible citizens of the country.

Mr. Etsey reiterated the need for pupils to be taught the 1992 Constitution at the basic level to make them appreciate their civic duties as they grow.

Addressing the gathering, the Ada West District Coordinating Director, Aaron Otoo, urged the contestants to give out their best during the competition.

He also urged them to take their studies seriously and underscored the importance for them to be disciplined in all their endeavours to be a responsible citizens in the future.

Mr. Otoo commended the organisers for organising a quiz competition for the inter-schools in the District and also applauded the contestants to represent their various schools.

He assured the NCCE and the other stakeholders of continuous partnership in ensuring that children are given the necessary guidance in realising their potential.

The quiz master, Solomon Larbi, who doubles as a Civic Education Officer of the NCCE, called on the Ghana Education Service, GES, to allocate some funds to support NCCE to spearhead its numerous educative activities and adequately prepare the young ones to become responsible adults in future.

He also advocated for the adoption of Civic Education in the GES school curriculum, which he said when executed can strengthen the children’s participation in the development of the country.

Mr. Larbi said he was impressed with the performance of the schools adding that; critical questions about the 1992 Constitution, some Articles, and current affairs were asked and the pupils were able to answer.

A management Member of the Ada West District Assembly, Madam Louisa Akpoto who observed the quiz competition on her part, expressed gratitude to the NCCE, National Service Scheme, and the GES for organizing the quiz competition among the selected schools in the District to inculcate in the school children their civic responsibility.

She also congratulated contestants for their performance in the competition and urged them to continue to learn hard.

The contestants were awarded certificates of honour, plaque, medal and educational materials. 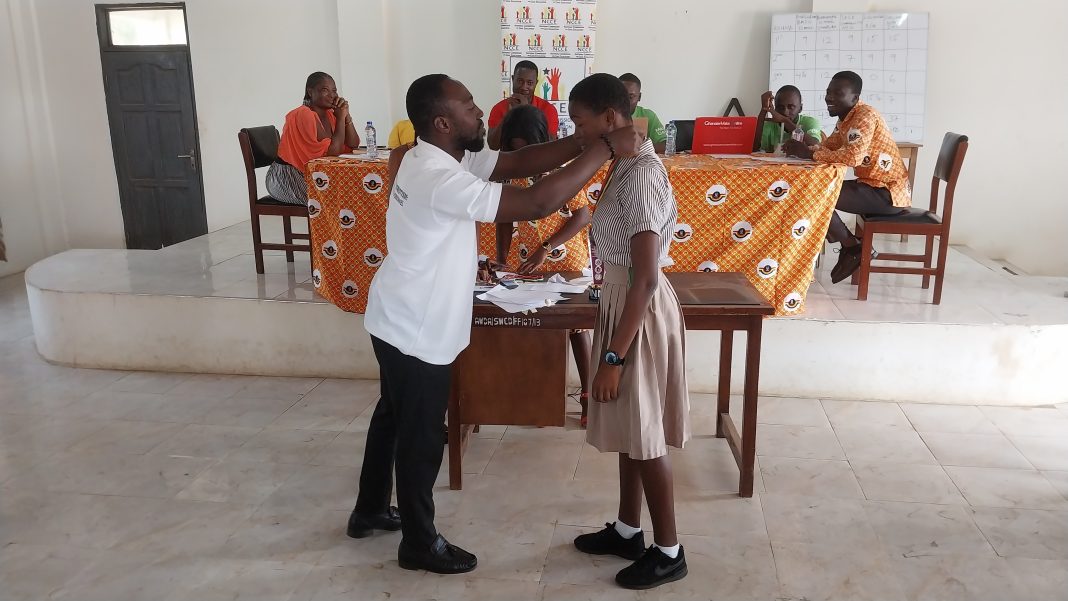 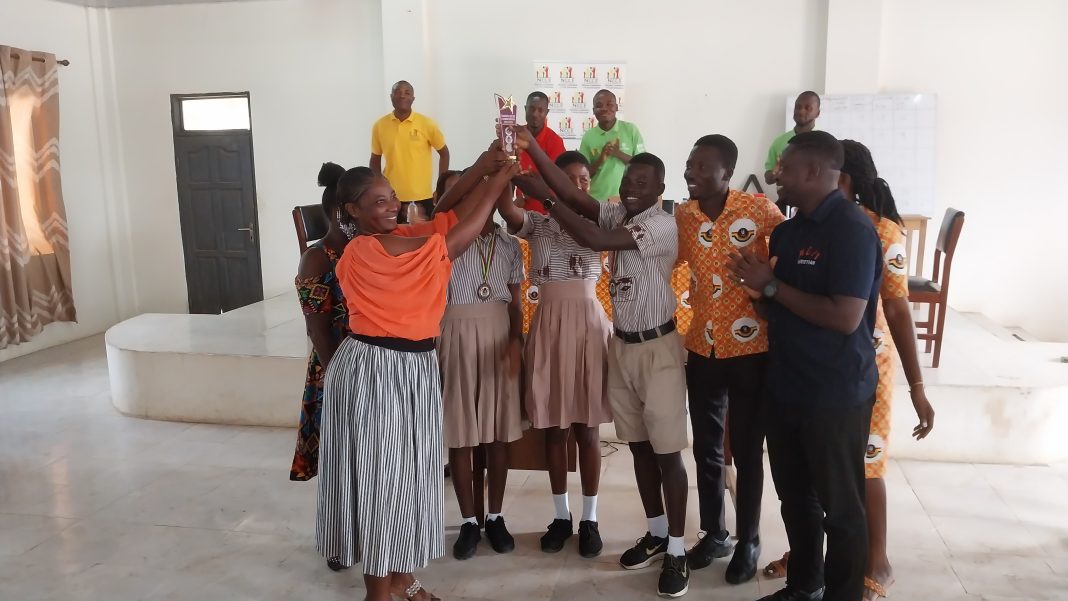 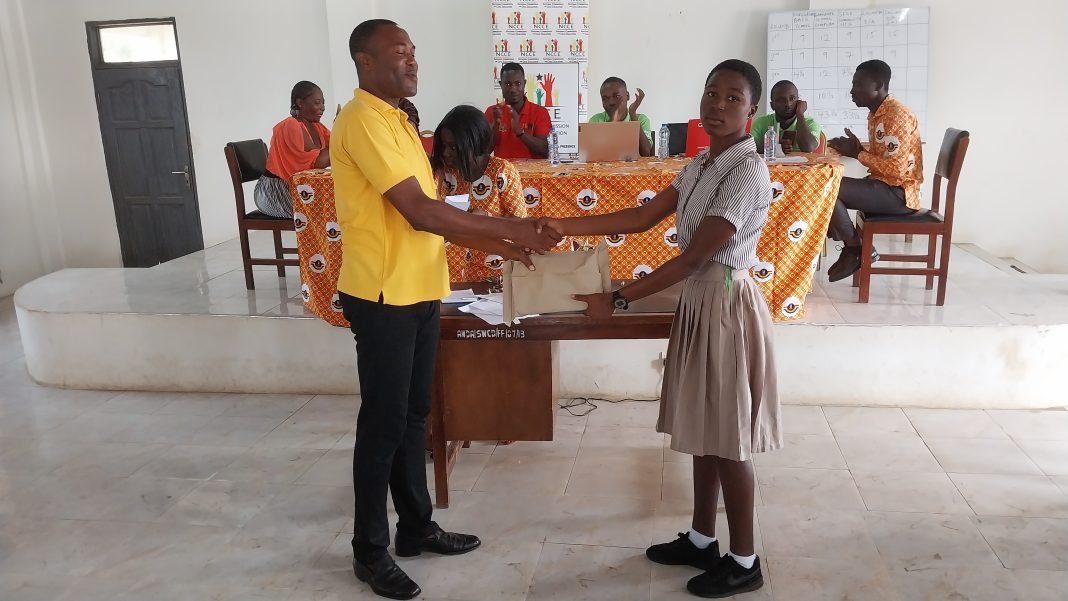 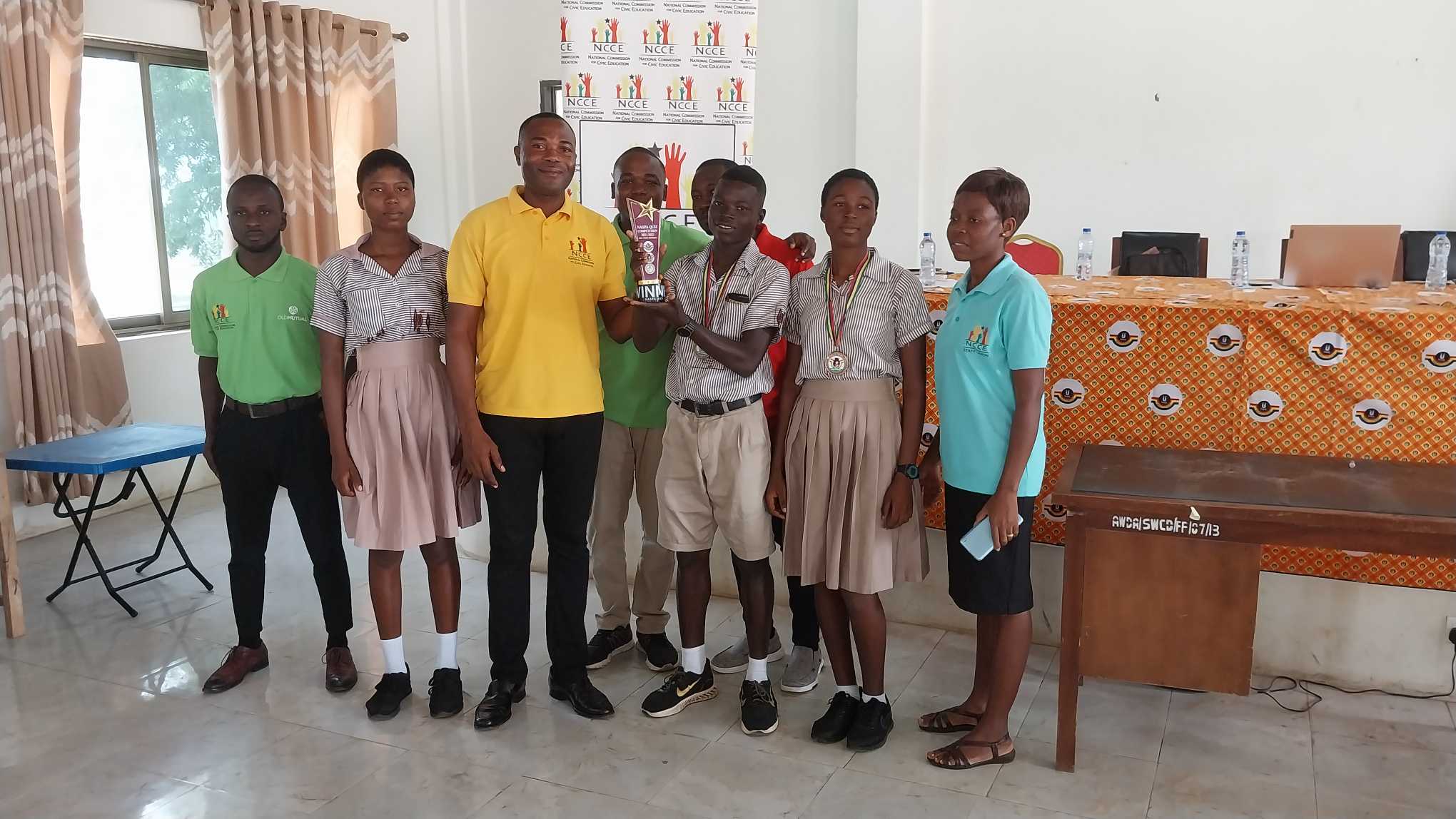