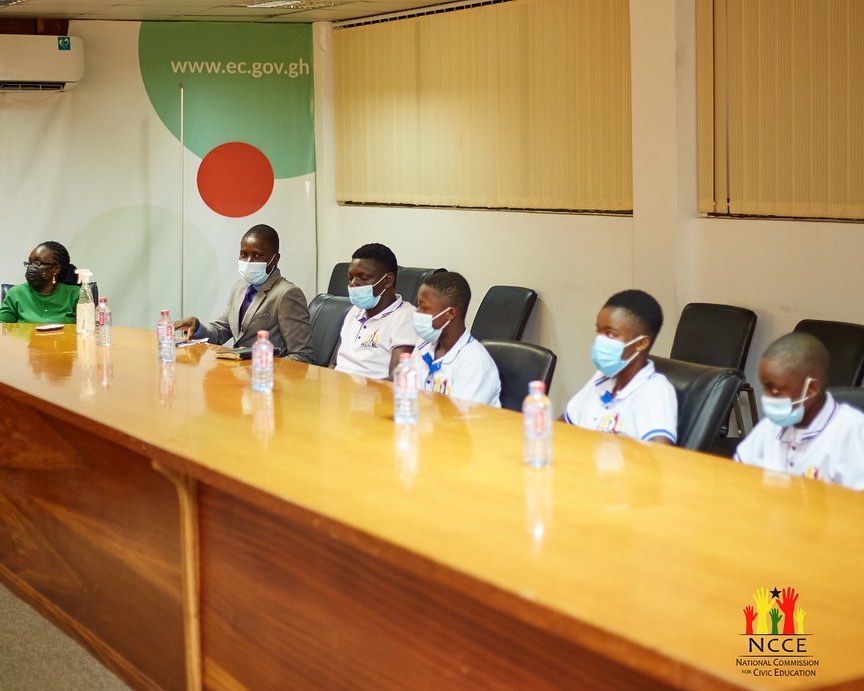 The National Commission for Civic Education (NCCE) has honoured three winners of its 2021 Spelling Bee and Constitution Quiz Competition in Accra. The Competition was earlier held in the Atiwa East District of the Eastern Region.

Deputy Chairman in charge of Finance and Administration, Ms. Kathy Addy presented citations to each of the three pupils who won the top three spots in the 2021 Constitution Quiz Competition.
Ms. Addy commended the pupils for emerging winners and stressed the importance for children to learn, know and understand the various provisions of the 1992 Constitution of Ghana. She said, ‘as future leaders, children need to know the 1992 Constitution in order to become responsible and civic-minded citizens who would contribute to the development of the country’.
She also appealed to corporate Ghana to always support the work of the NCCE especially in organising public education programmes to enhance the development of the Ghanaian child.

Ms. Addy acknowledged the Staff of NCCE at Atiwa District for organising the quiz competition and also Lieutenant General Joseph Boateng Daquah (Former Chief of Defence Staff) for funding the competition from beginning to the end.
She charged other Civic Educators to adopt innovative ways to actively engage young citizens on civic values and constitutional education.
In all, 44 basic schools in the Atiwa East District participated in the competition.

The ceremony at the NCCE’s Head office in Accra was to present citations to three pupils who successfully sailed through the competition from the basic, zonal, circuit levels to the finals.

The winner, 1st Runner Up and the 2nd Runner Up, Justice Asamoah from the Anointed Child Preparatory School, Anna Ampofowaa Ayimadu from Promising Hope Preparatory School, and Godfred Anine Sarpong from Future Leaders’ Academy, Akyem Sekyere respectively.
The winners expressed delight for the honour and thanked the NCCE for organising the programme. They again urged their colleagues in other schools to join NCCE's Civic Education Clubs. 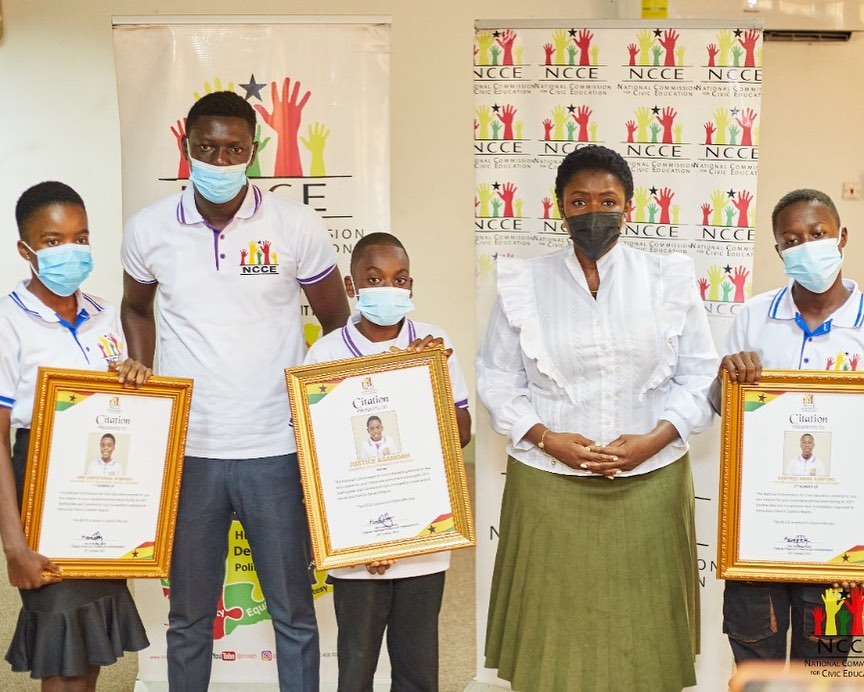 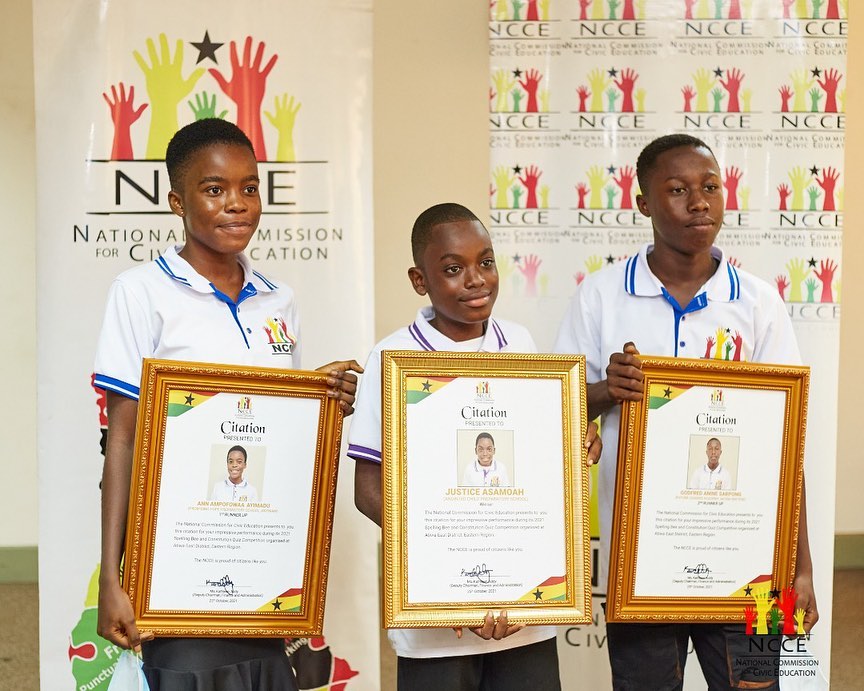 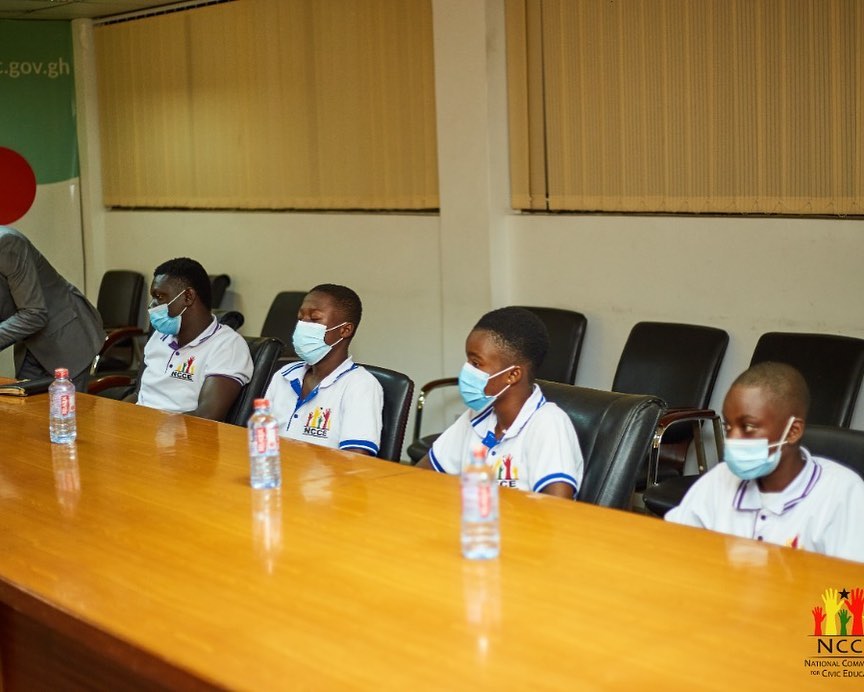 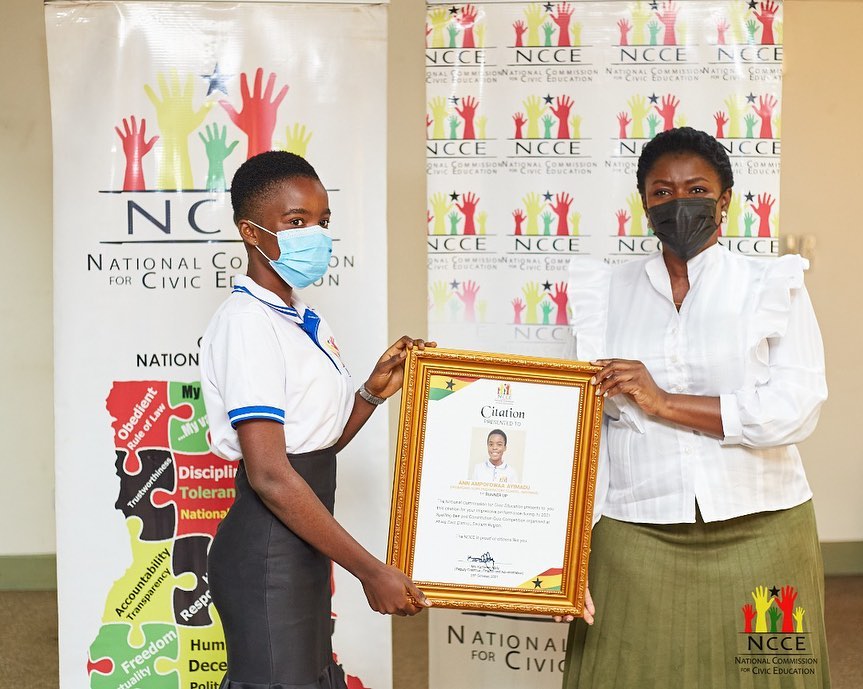 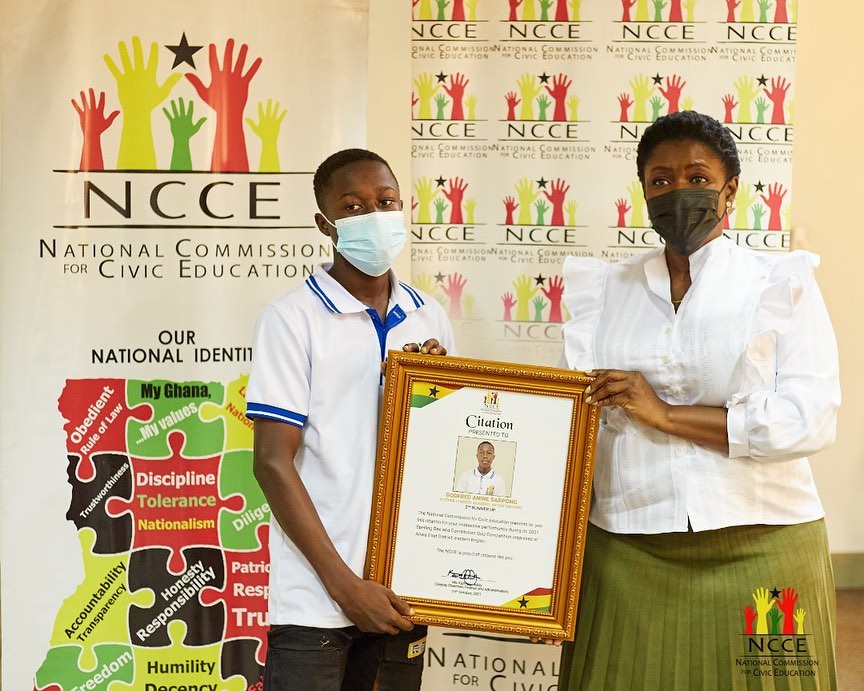 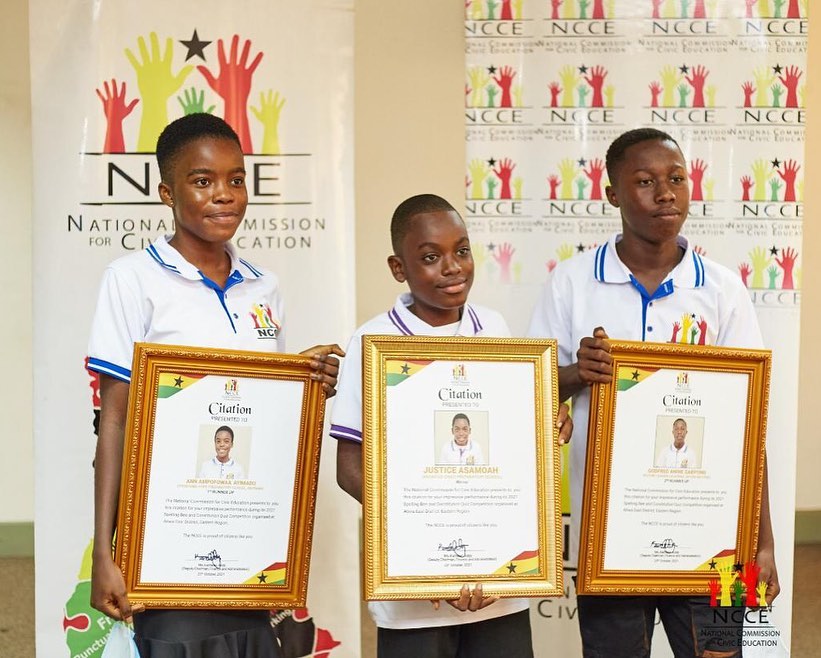 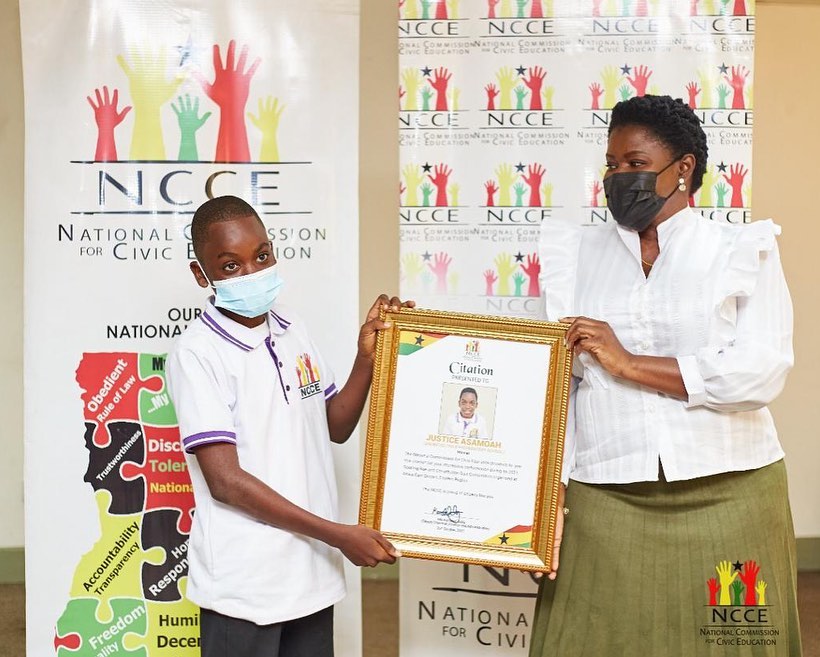 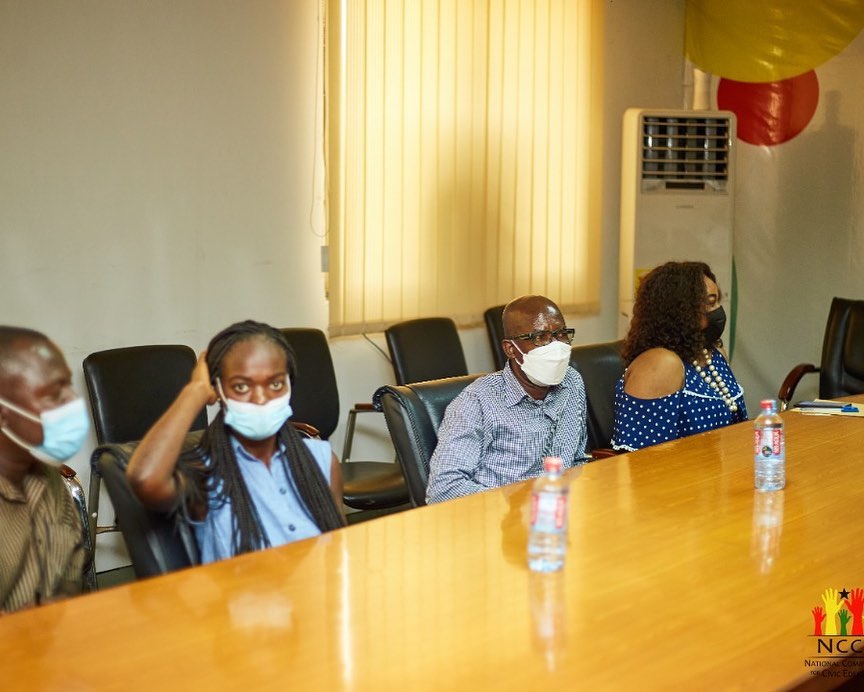 News
WE WILL FIGHT CORRUPTION TOGETHER: NCCE & MUSIGA DECLARE
Mar 12, 2019