The National Commission for Civic Education, (NCCE) has reiterated that the 1992 Constitution is the fundamental law of the land and until needed reforms are realised, it is imperative for every citizen of Ghana to recognise the document and fulfil the rights and responsibilities therein to promote constitutionalism. The Chairman of the NCCE, Ms. Kathleen Addy made this statement at a Press Briefing organised by the Commission in Accra to commemorate the 2023 Constitution Day.

Ms. Kathleen Addy on the 30th Anniversary of the 1992 Constitution, congratulated Ghanaians on their collective efforts all these years to achieve three decades of uninterrupted constitutional democracy. She described as unprecedented the political stability achieved in the last 30 years. “The last 30 years represent an unprecedented period of political stability in Ghana. None of our previous efforts at multi-party democracy lasted anywhere near three decades. The 1969 and 1979 Constitutions lasted approximately two and a half years, whereas multi-party democracy was removed from the 1960 Constitution after only four years. Thus, prior to the advent of the 1992 Constitution, there was really no track record to suggest that the country could be democratic for this long’', Ms. Addy stated.

Ms. Kathleen Addy said as we pat our backs for the success chalked up in the last 30 years, as Ghanaians must also look forward to ensuring that the next 30 years will be even more progressive, productive, and more successful than the past 30 years we celebrate today. She further stated that as we celebrate 30 years of constitutional democracy, ‘we must not only take stock of our journey so far, but must also paint a picture of the future we desire. We must ask ourselves hard questions about the current state of our democracy and democratic culture.’

The NCCE boss also touched on some threats she fears can affect our enviable democracy. She mentioned monetization of politics, vote buying, illegal mining, economic hardships, loss of confidence in state institutions among others. ‘One of the biggest threats we face today, 30 years into the Fourth Republic, is the increasing monetisation of politics, resulting in a very expensive and somewhat unattractive democracy. This phenomenon creates an atmosphere of ‘governance for sale’ and fuels a culture of deepening corruption which among other things contributes to increasing vulnerability of the state to violent extremism’, Ms. Addy added.

On activities leading to the 2024 General Election, Ms. Addy said it is the hope of the NCCE that all actors in the political arena including journalists, footsoldiers, bloggers, presenters, politicians, social commentators etc., will commit to a campaign devoid of suggestive ill-intents, insults and incendiary language. She charged political actors to challenge themselves to be part of the solution, and not the problem.

She also advised citizens of their duty to punish politicians who employ insults, intimidation, and violence in their quest for power and position. ‘Let us DENY them what they seek so the will learn their lesson. Frow now till December 2024 and beyond, not a single drop of blood should be shed for political gain. No politician is worth it, she emphasised.

At the Press Briefing, Ms. Addy outdoored the Commission’s working theme for the year 2023; "30 years of Consolidating Constitutional Democracy: Building National Cohesion through Civic Education and Participation in Local Governance”. She reminded citizens of this year’s District Level Elections and called for citizens’ active participation in the national exercise.

In order to sustain peace and order, the Commission Ms. Addy said will create a sense of belonging in citizens, and inculcate and pass down Ghanaian values of hard work, patriotism, and tolerance. She urged all to reignite their commitment in their various capacities to build a better Ghana.

A Commission Member at NCCE, Mr. Victor Brobbey (Esq.), in his closing remarks, reminded participants that the 1992 Constitution is the most important document as far as Ghana’s democracy is concerned; the supreme law of the land. He was thankful to all participants for making the media encounter a success and looked forward to more of such auspicious events with the media and relevant stakeholders throughout the year. 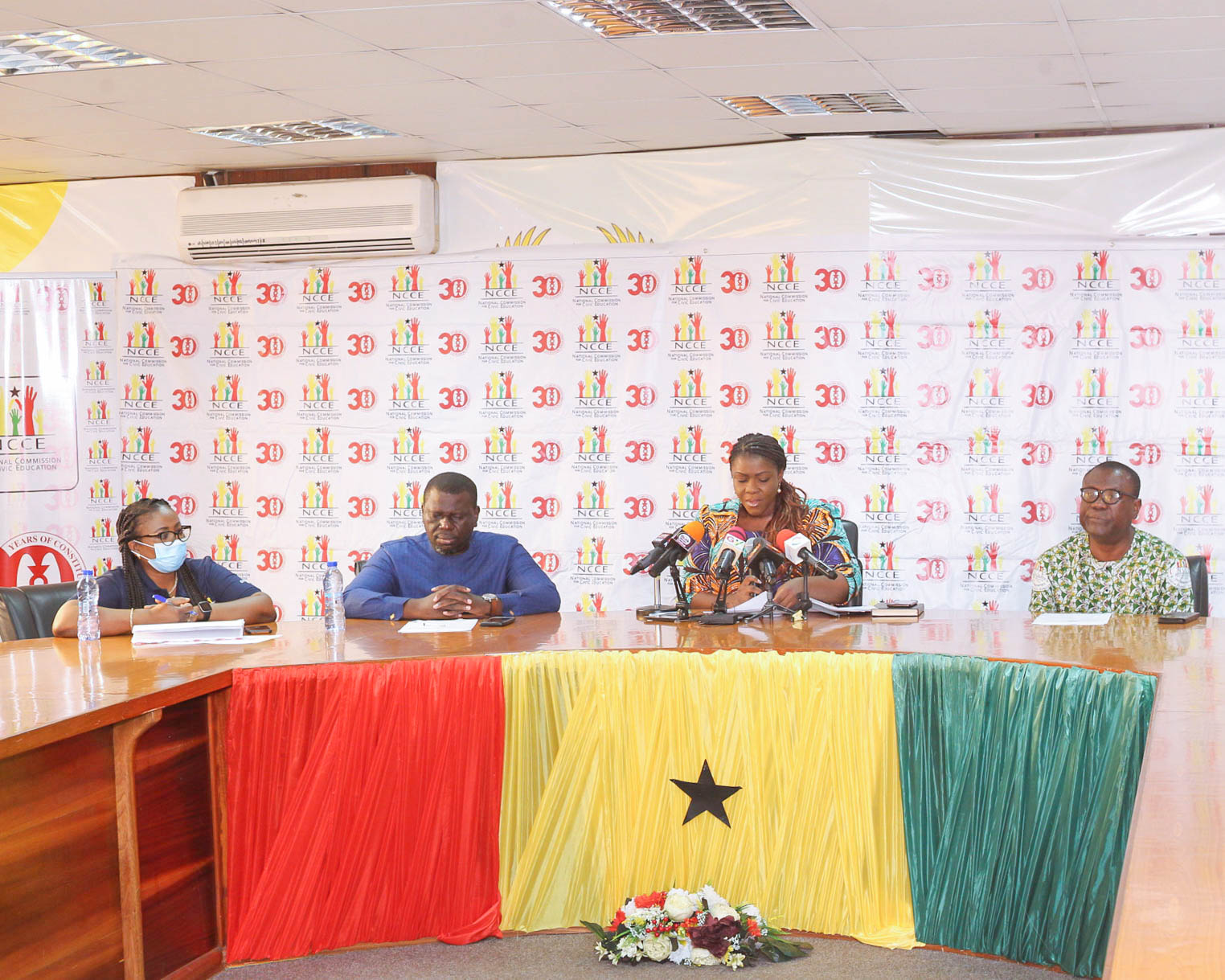 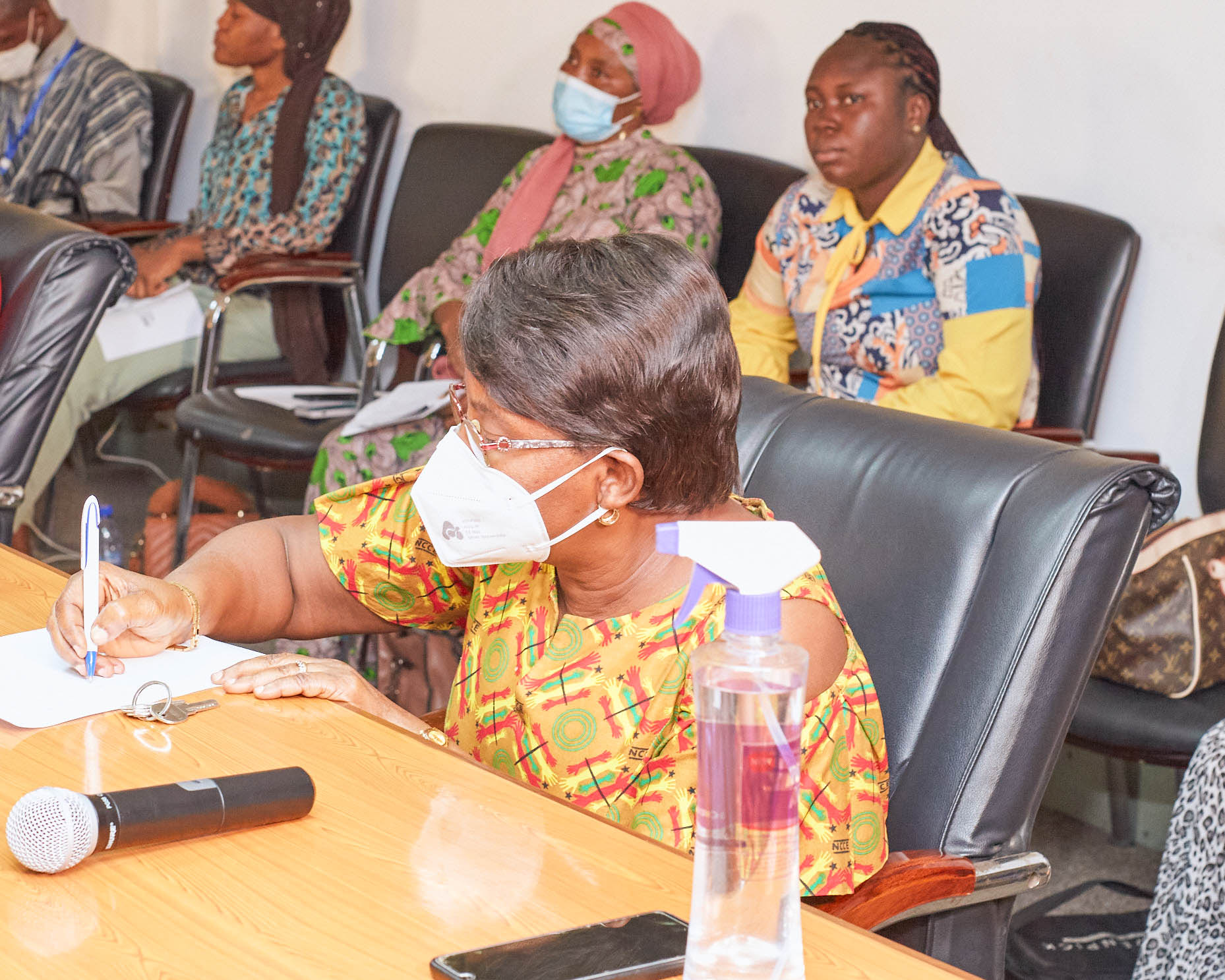 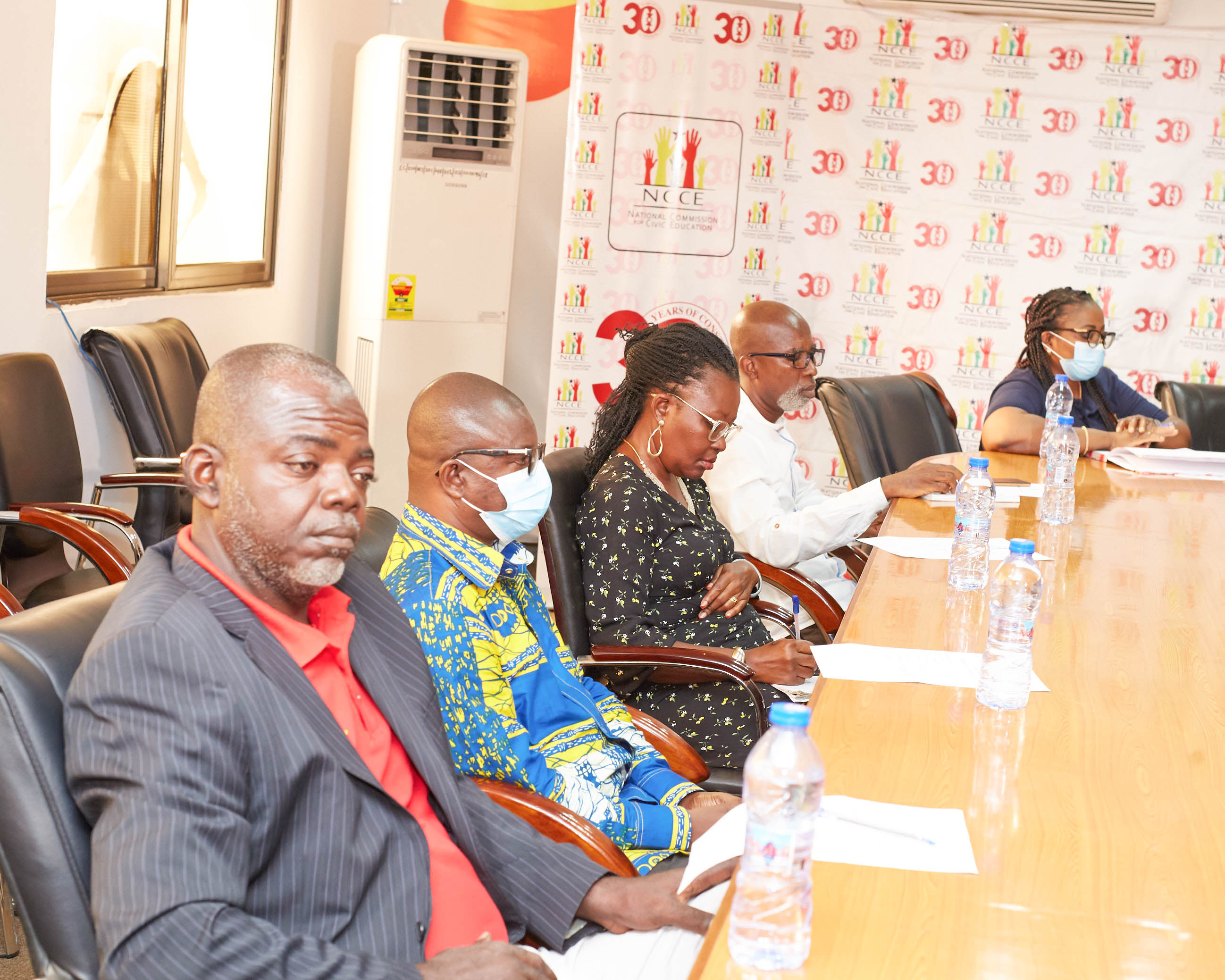 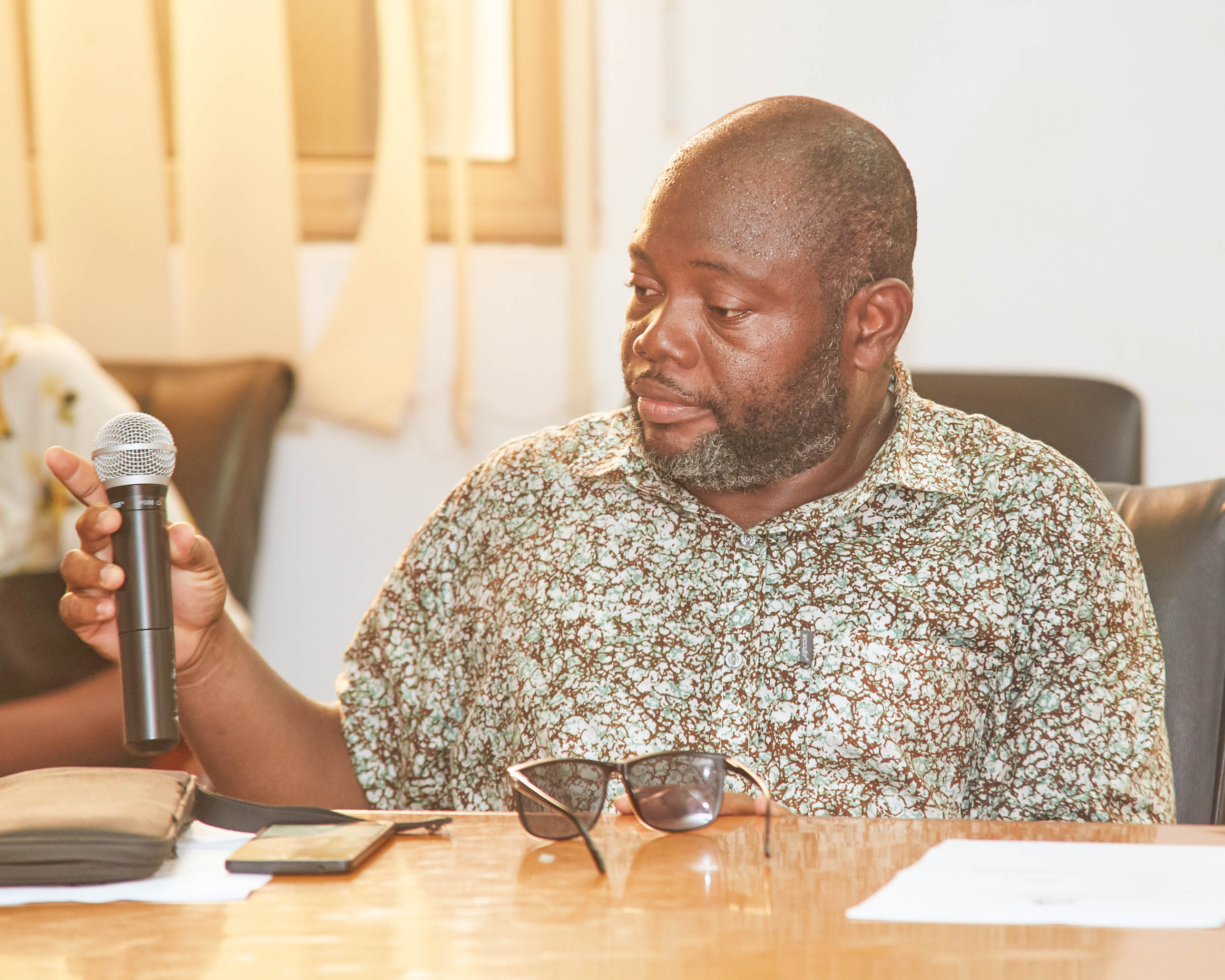 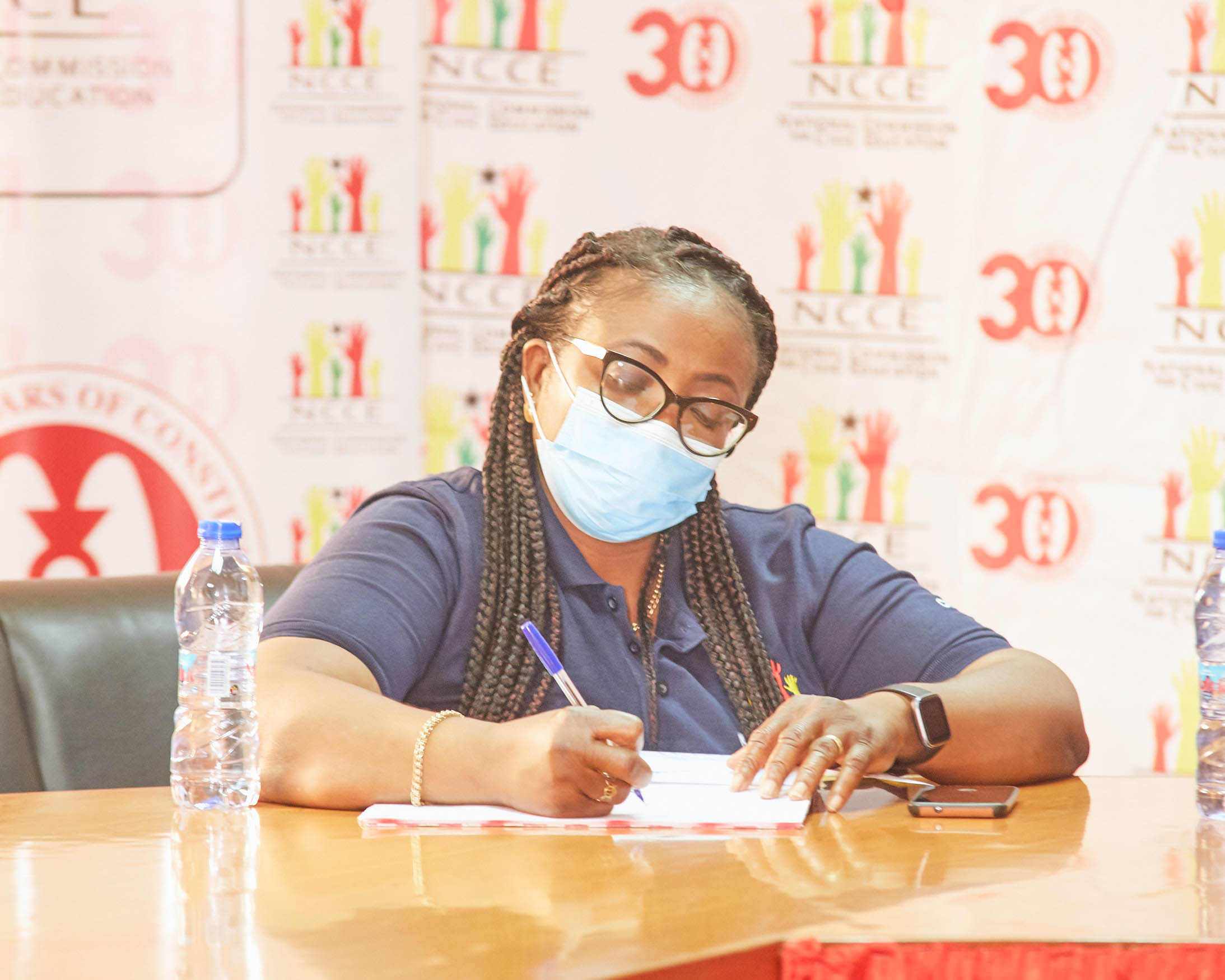 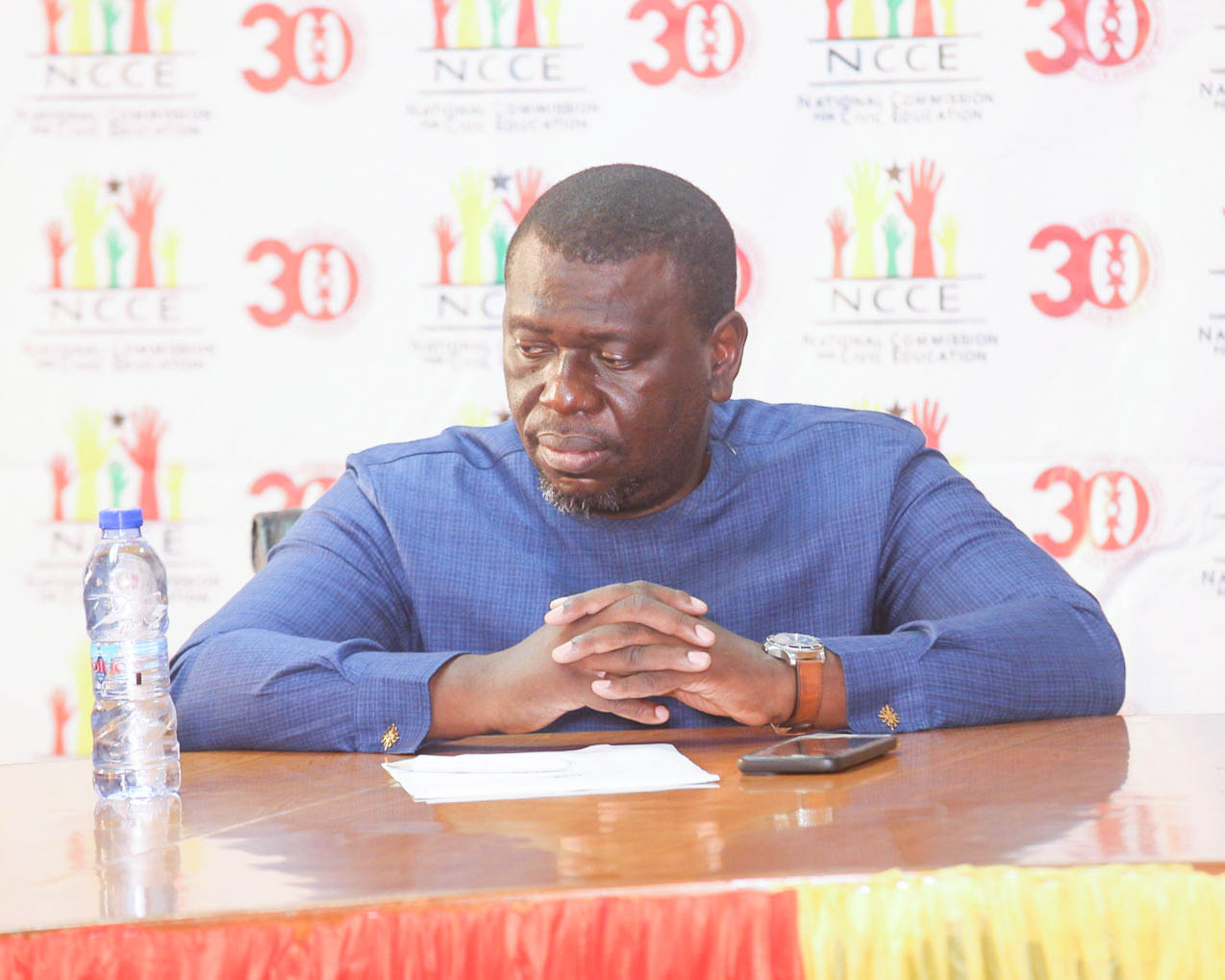 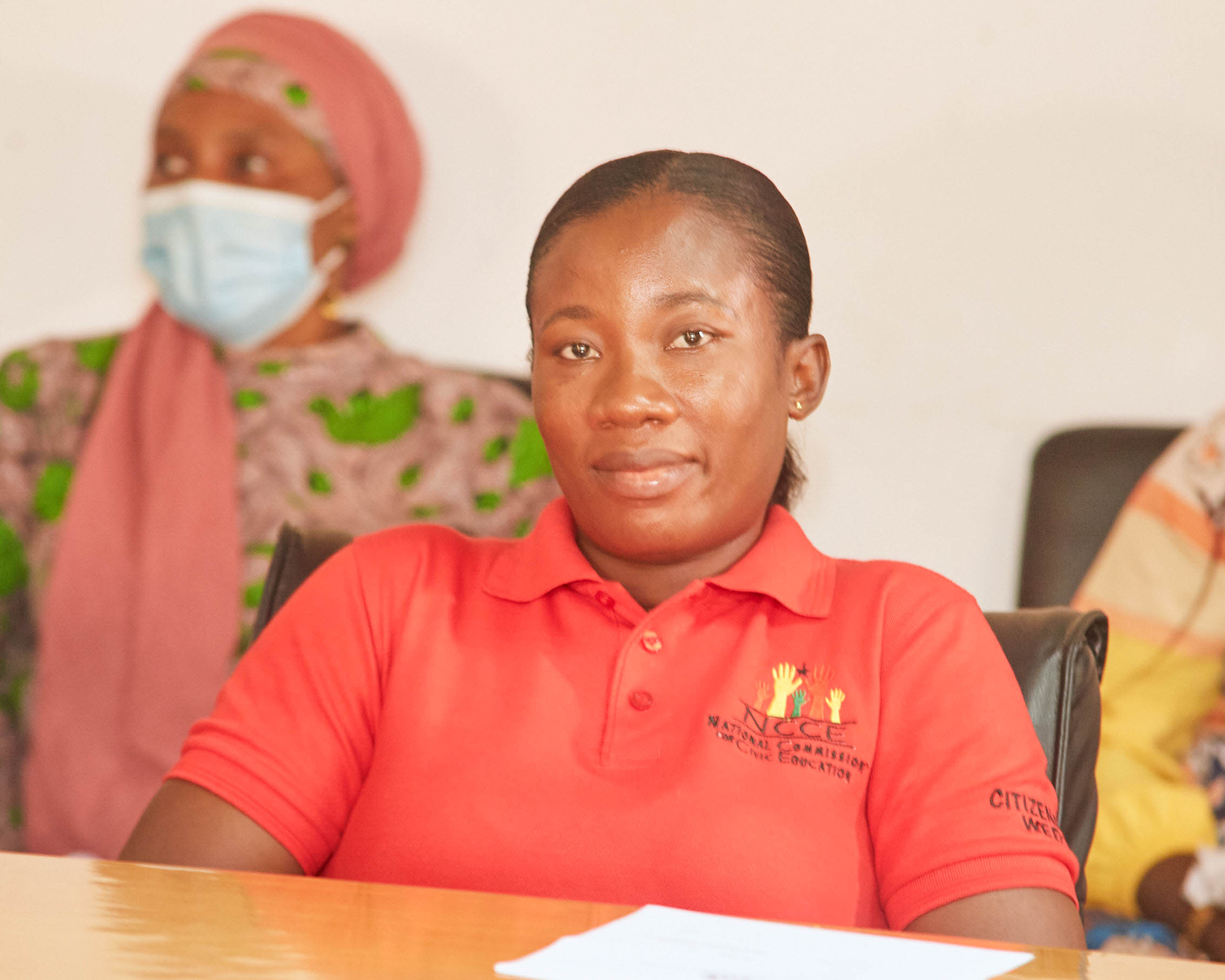 News
A delegation from the National Commission for Civic Education, NCCE,...
Jul 14, 2022

News
Security agencies asked to collaborate to nib detractors of the...
May 15, 2021