The leadership of the National Commission for Civic Education, NCCE has called on the Chief Justice of the Republic of Ghana, His Lordship Justice Annin - Yeboah at the Judicial Service in Accra. The visit was to officially introduce the Commission’s new Chairman, Ms. Kathleen Addy to the head of the Judiciary and the Judicial Service. The Judiciary remains a relevant stakeholder in the work of the NCCE as both institutions work to deepen the country’s democratic governance

Chairman of NCCE, Ms. Kathleen Addy in her opening remarks said the visit has become necessary because the NCCE recognizes the important role the Judiciary plays in consolidating Ghana’s democracy. She explained that the Commission has over the years collaborated with the Judiciary on several project lines and deems it fit to avail herself to the Judiciary to deepen existing partnerships.

Ms. Addy was of the view that institutions must work together for double impact; ‘Double the institution, double the impact’, she stated. Ms. Addy said it is imperative that the two institutions set up a system that can help to deepen collaboration beneficial to the people of Ghana, particularly on issues of civics, rule of law, and general issues of national interest. ‘The NCCE is ready to partner with the Judiciary in the areas of human rights education, Alternative Disputes Resolution (ADR) education, and the functions and roles of the Judiciary in sustaining the country’s democracy.

His Lordship Justice, Annin - Yeboah welcomed the NCCE team and congratulated Ms. Addy as the new chair of the Commission. He appealed to the NCCE to intensify public awareness of the work of the judiciary, especially on how justice is delivered, and disabuse the minds of citizens about some negative perceptions of the Judiciary. He said, “we can’t plead perfection; people attack the courts because their expectations were not met in courts of law and this is making some judges live in dignified silence.’

His Lordship entreated the NCCE to also educate the citizens to make them know that the judiciary is a constitutional body like other governance institutions that play a critical role in consolidating Ghana’s democracy. “Let’s have confidence in the Judiciary”, he urged.

His Lordship Annin -Yeboah appreciated the call by the NCCE chair and gave the assurance that the doors of the Judiciary are always opened to the Commission to enhance a citizen-centered collaboration around effective Judiciary alongside the role of civic education.

Ms. Addy was accompanied by Commission Members and Directors. 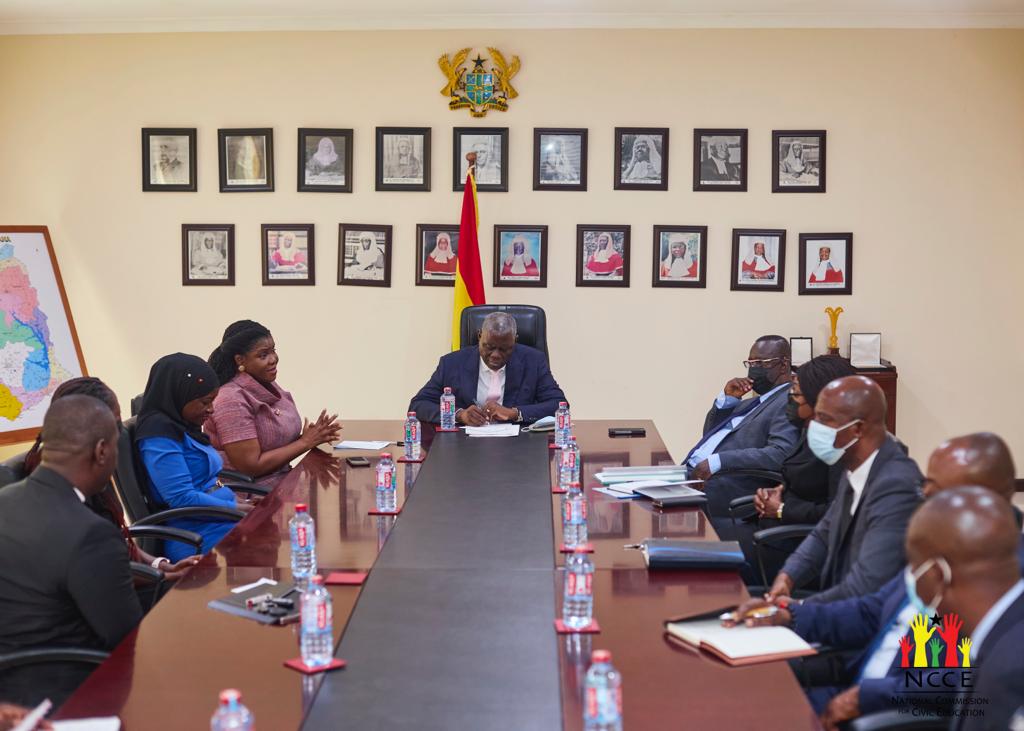 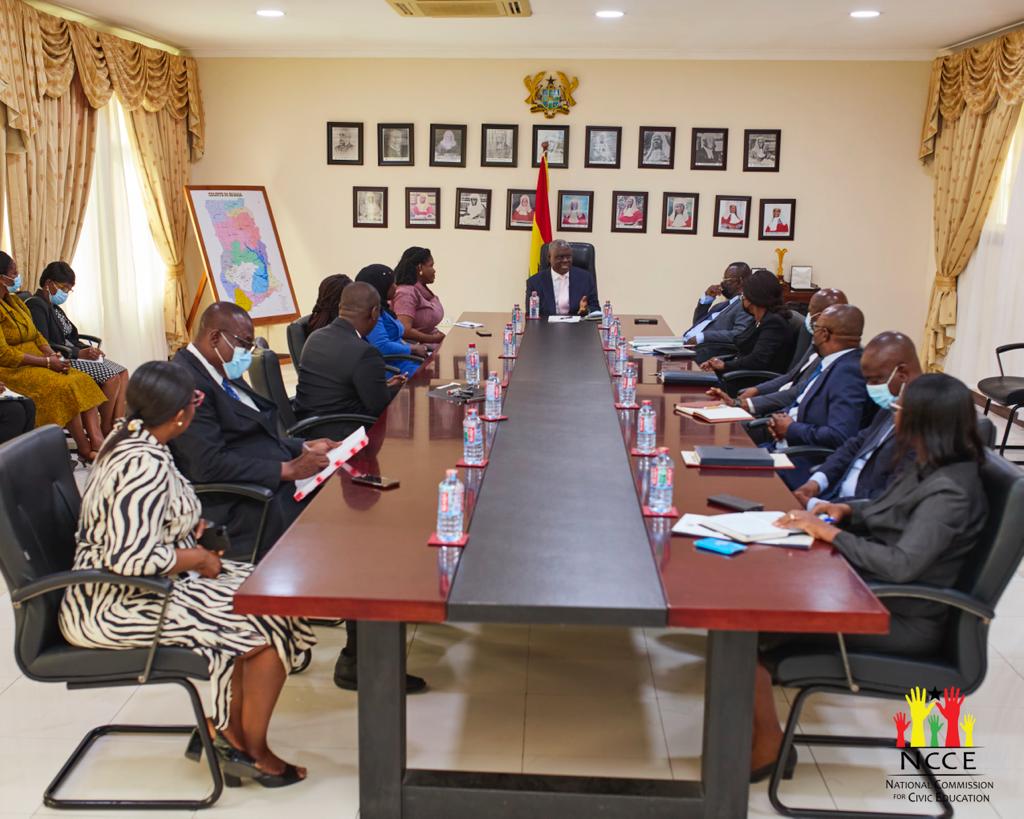 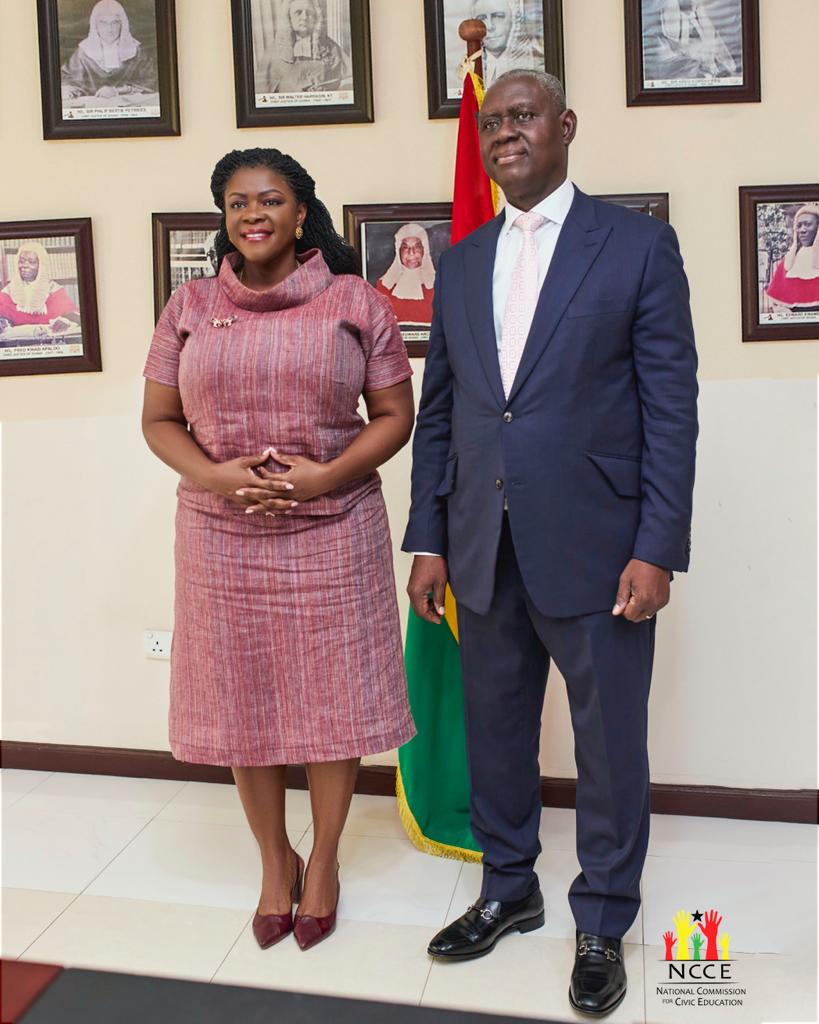 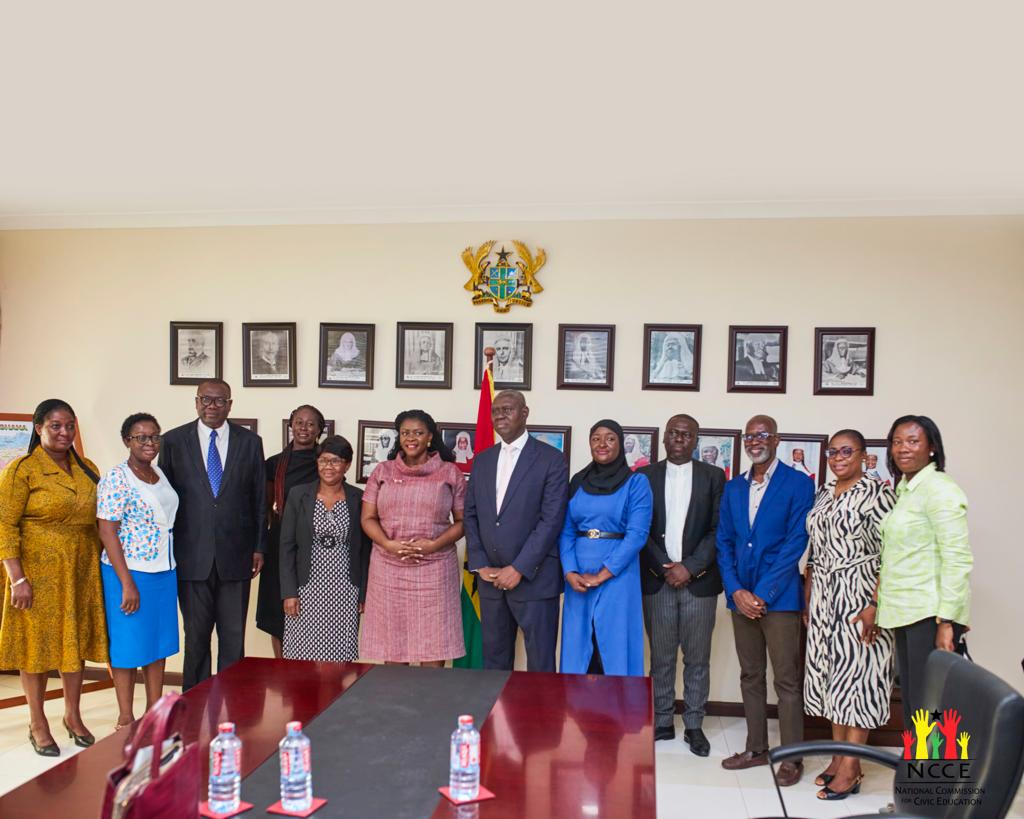 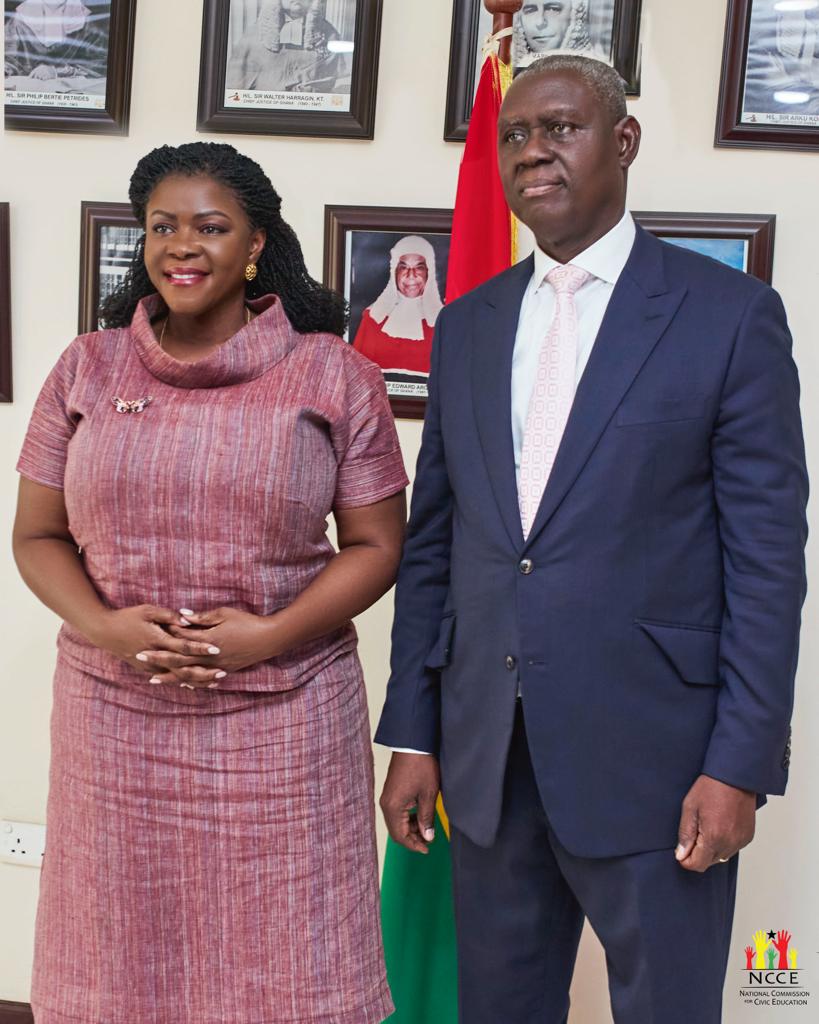 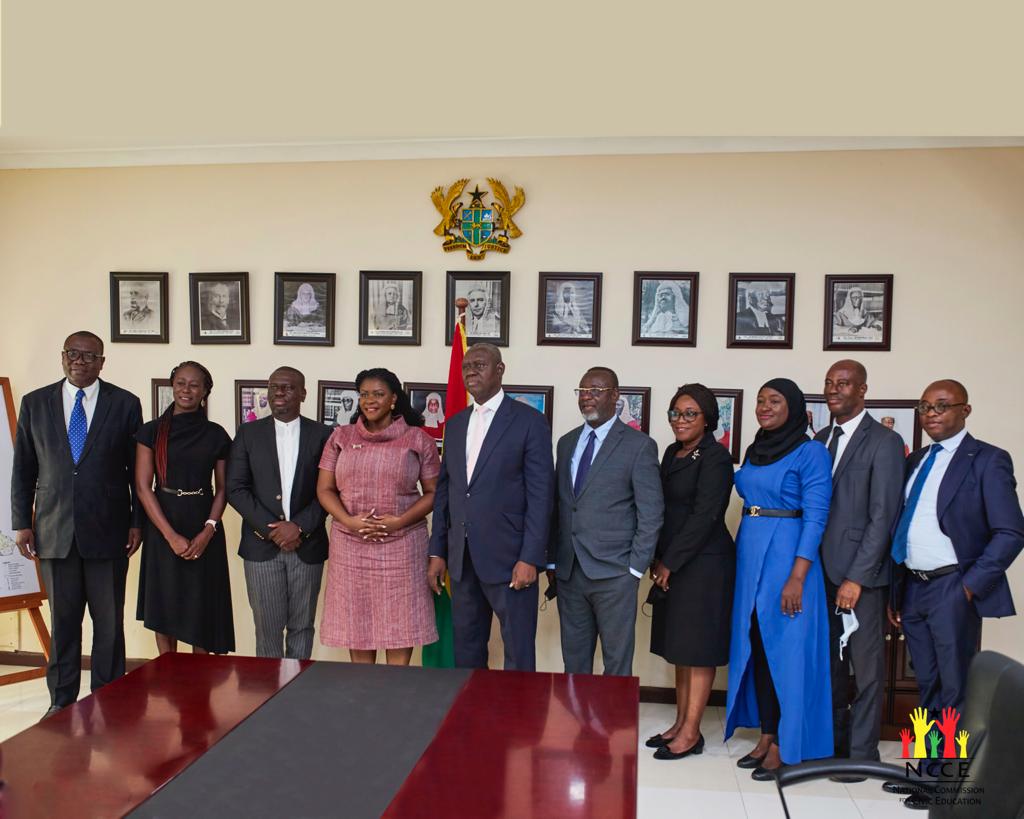 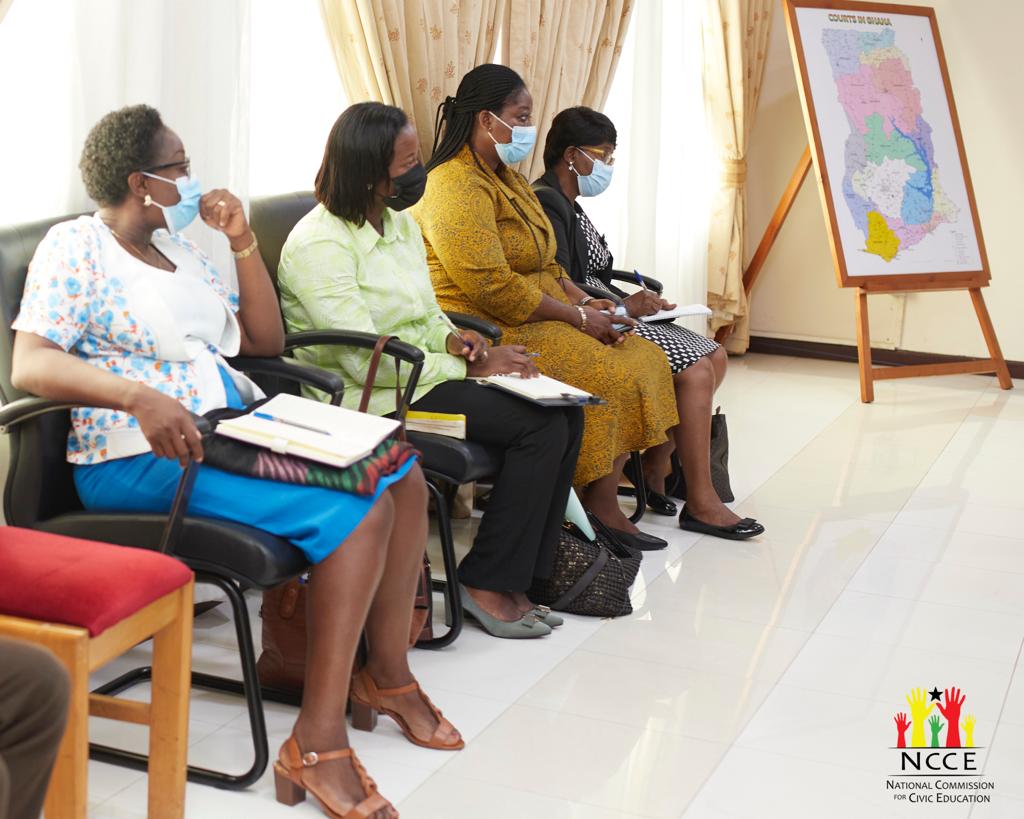 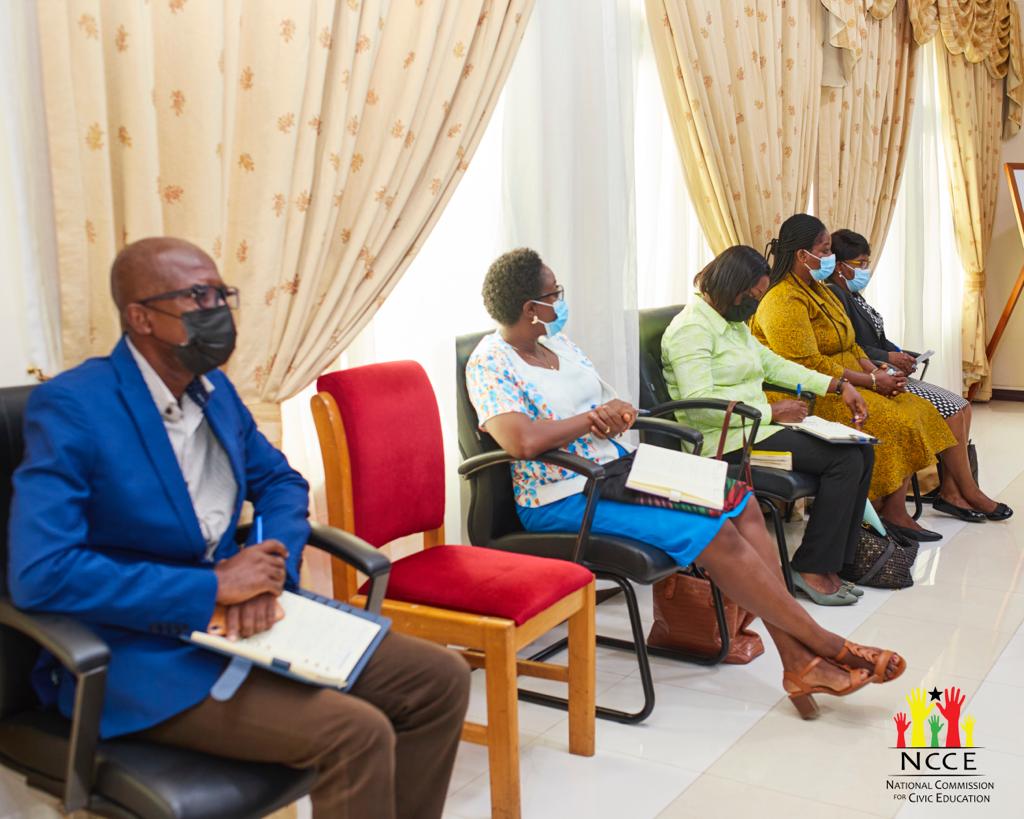 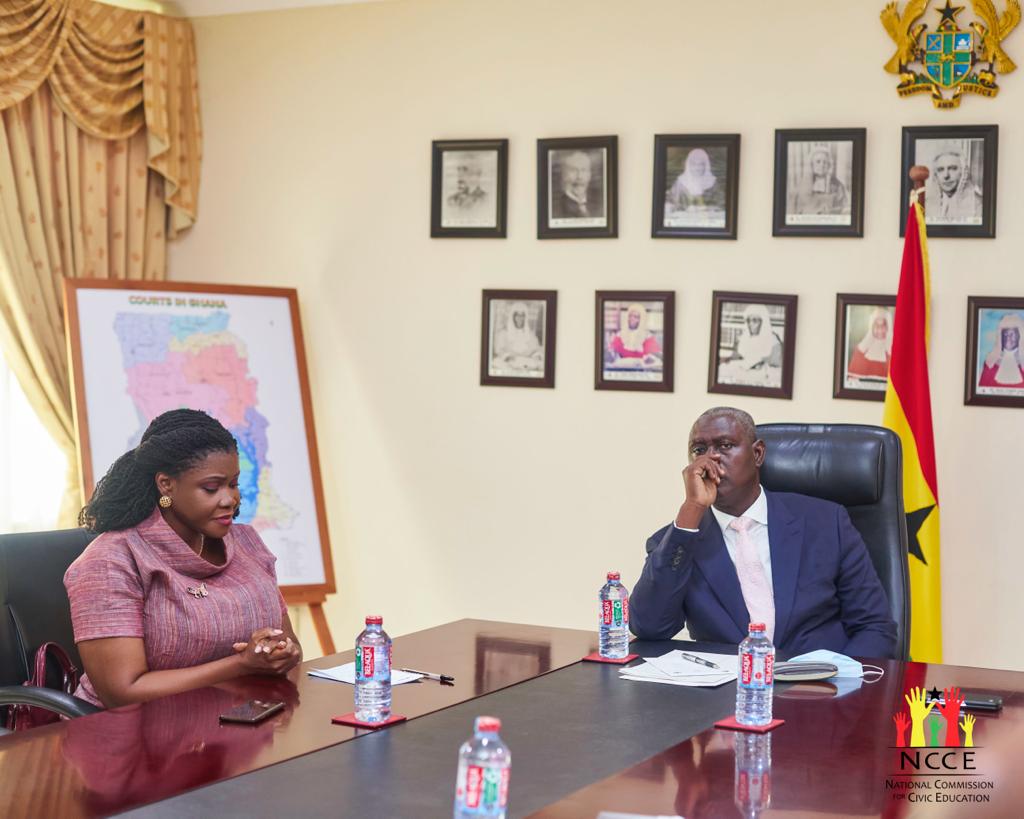 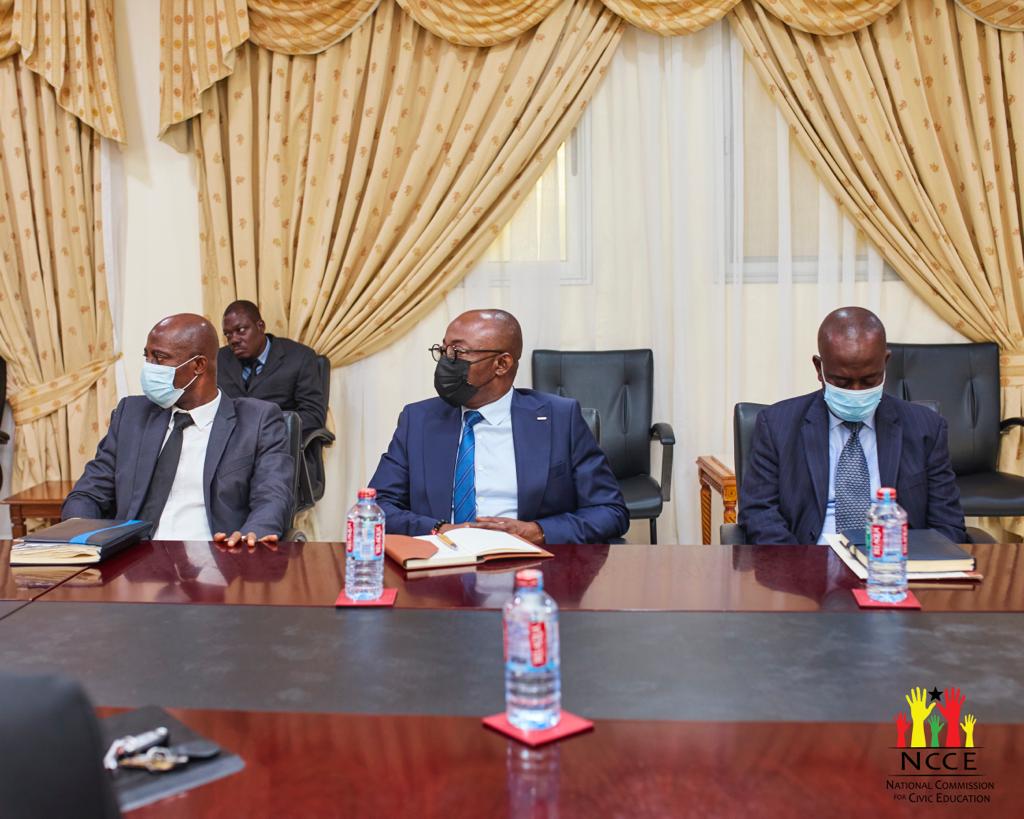 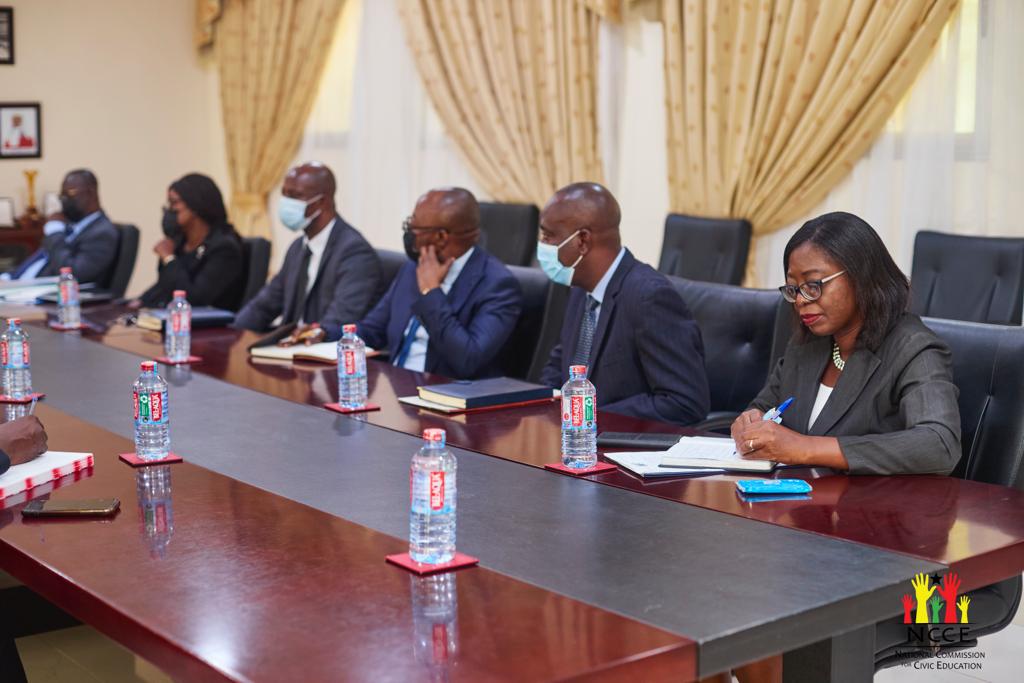 News
NCCE has reached out to school children within the Adenta...
Jun 2, 2021