As part of efforts to promote peaceful elections, before, during, and after the December elections, the NCCE with Officers and men of the Security Services in the country have entreated Ghanaians to be law-abiding and conduct themselves peacefully.
The NCCE in a joint exercise with the security services peace march, code-named Rally Round the Flag/Tafia Lafia to wit ‘Stay in Peace’ was simultaneously held in every region and district capitals, had participants marching through the major streets with placards and songs of peace.
In Accra, hundreds of security personnel from the Ghana Police Service, Ghana Arm Forces, Ghana Prison Service, Ghana Fire Service, Ghana Immigration Services, Ghana Navy, Customs Service Division of the Ghana Revenue Authority, and Ghana Ambulance Services as well the NCCE marched through the principal streets of Accra and Tema.
Speaking at the Independence Square, Ms. Kathleen Addy, Deputy Chairman, Finance and Administration, who led the NCCE staff on the mobile march, stressed the need for Ghanaians to be law-abiding and go about the electoral process peacefully.
Linking law enforcement and civic education in nation-building, she appealed to Ghanaians to adhere to the NCCEs messages on peace and how to even go about the elections.
The objective of the programme, according to the Inspector General of Police, Mr. James Oppong-Bonuah, was to demonstrate to Ghanaians that the security services were ready for a peaceful election and to assure the public that they would nip in the bud any miscreant who would want to disrupt the electoral process.
He cautioned people who would want to impersonate the security personnel would be dealt with.
The Inspector-General together with the other Heads of Security forces assured the public of their commitment to protecting peace-loving people during this election, adding noted that the exercise was not to intimidate Ghanaians but to assure them of their readiness. 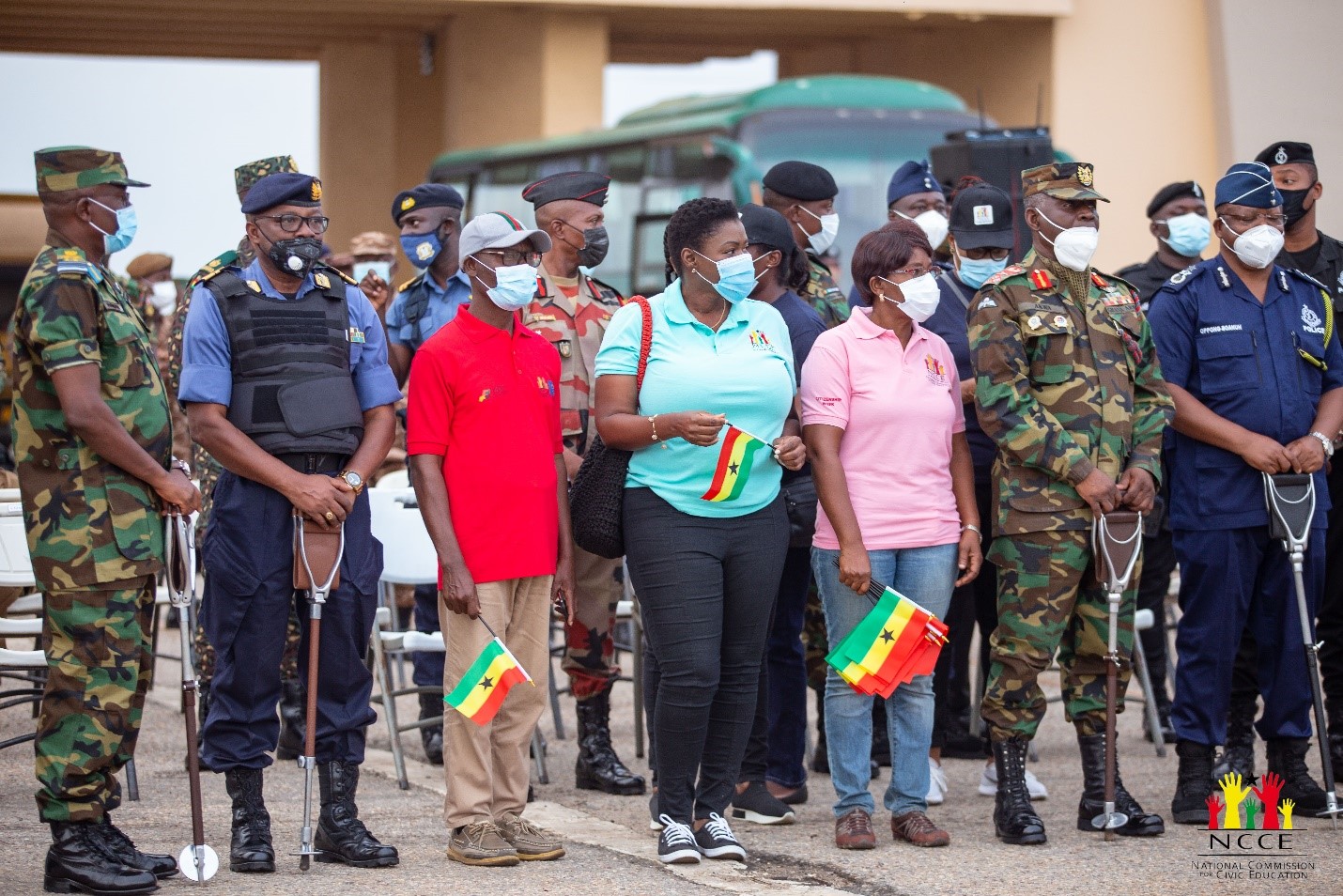 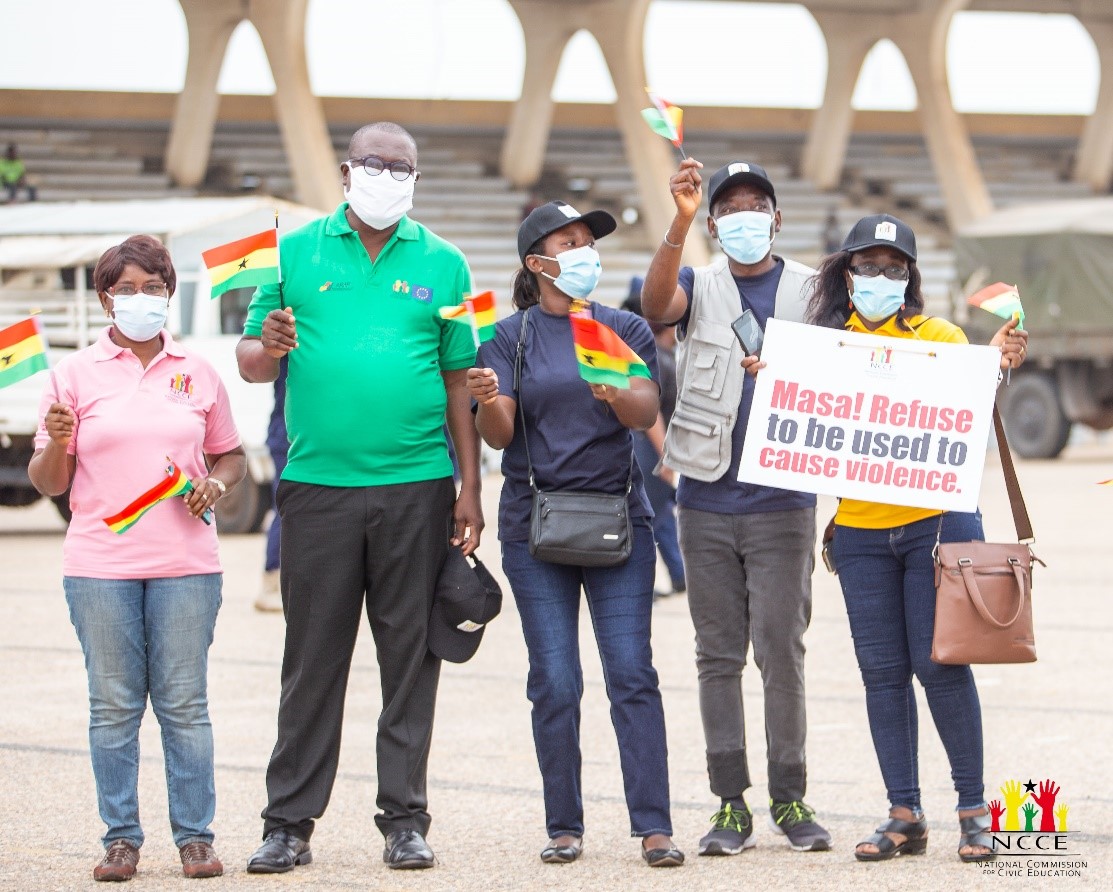 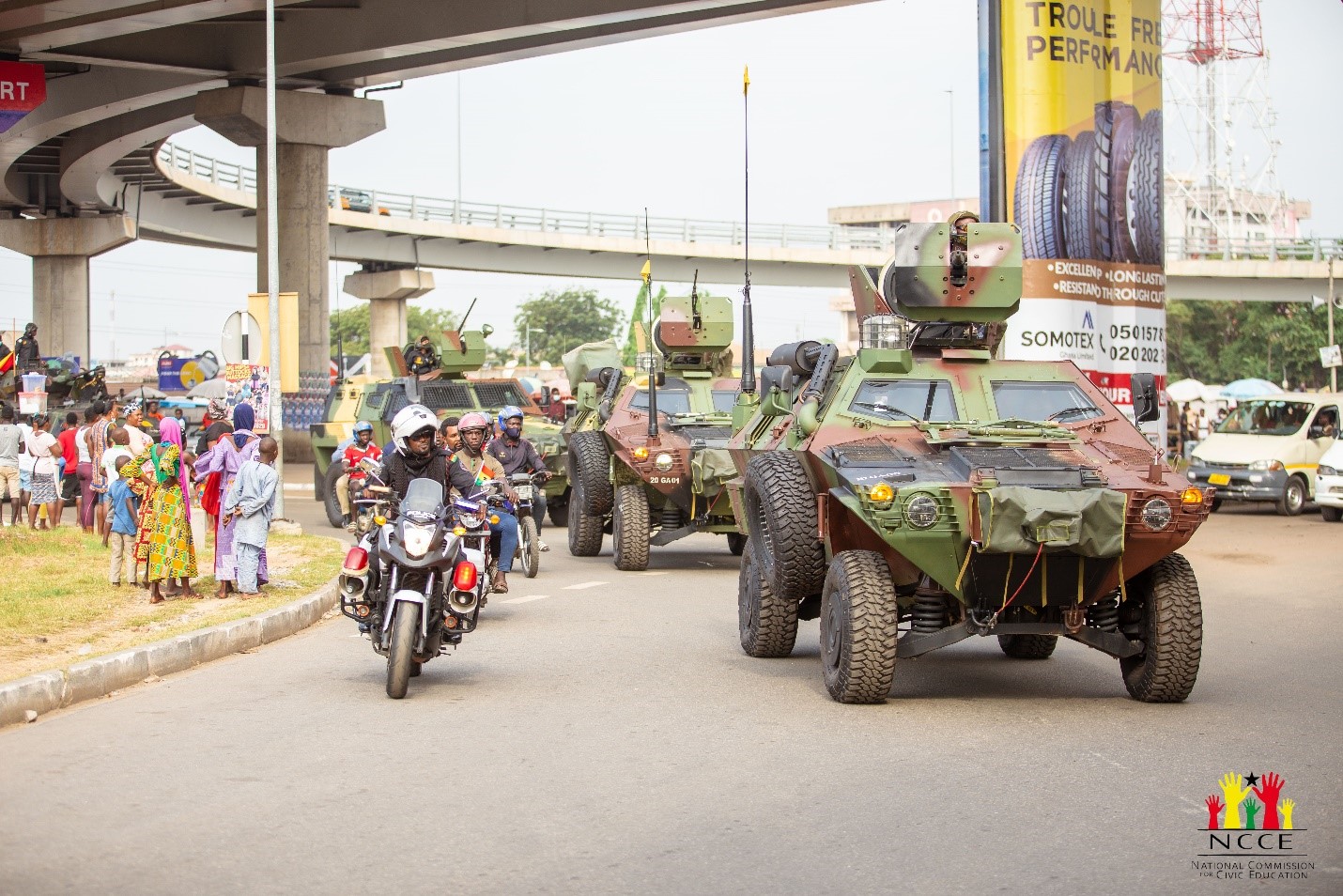 A section of the armoured cars on the mobile march

News
NCCE Shows Appreciation To The Church Of Pentecost
Apr 8, 2021

News
NCCE receives boost for the campaign against COVID-19
Apr 30, 2020

News
SHORTCODE PROVIDED BY THE ELECTORAL COMMISSION TO VERIFY YOUR DETAILS...
Sep 16, 2020