Youths suffer the most when violence erupts - Dr Mohammed observes

Sogakope (VR), Aug 31, GNA - Dr. Imurana Mohammed, the Director of Programmes at the National Commission for Civic Education (NCCE) has observed that the youth suffer the full brunt when violence breaks out, which makes them susceptible to deaths and life-threatening injuries. 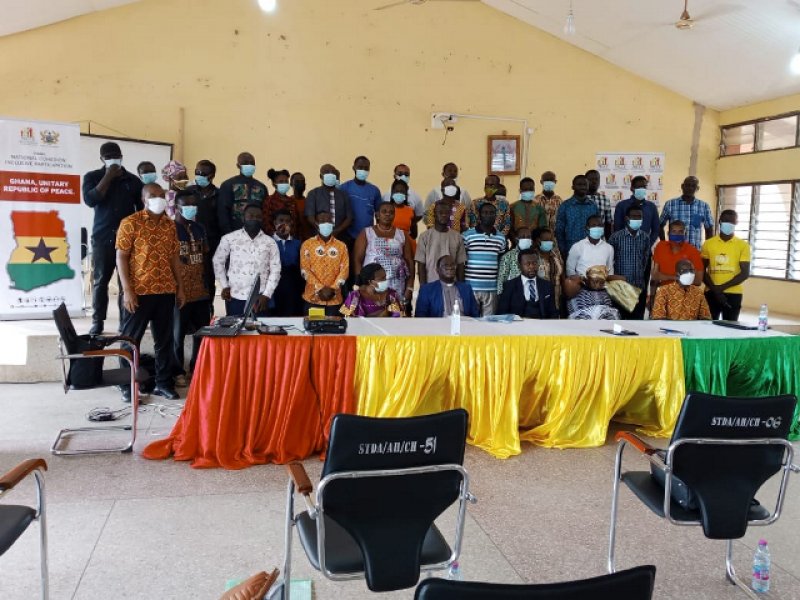 He said compounding the issues of the youth was their unfamiliarity with the laws and regulations of the country.

“Just as seen today, the Magistrate made an eloquent elucidation on the Public Order Act, the Vigilante, and little Offences Act and other legislations that regulate Public Order which a lot of the young people are not aware of and act out of ignorance.”

Dr. Mohammed who was speaking at the first in series of Youth Activists Workshop on Secessionism and Violent Extremism organised by the NCCE said the NCCE had realised the rising threats of violence in certain parts of the country, which were mostly triggered by sentimental issues with grounding in ethnicity and religious differences.

He added that “Ghana has been a unitary state and in all that we do, we have to ensure that there is national cohesion and peaceful co-existence.”

He said violence had never solved a problem, hence the need to inform the youth about the regulations that governed social order in this country and also make them aware of the right channels for settling grievances.

“Some youths are lured by power brokers to go into anti-social activities and through this workshop, we draw their attention to the negative consequences of violence that there would be no winner when violence is used,” he said.

Mr. Seth Fiagorme, the South Tongu District Director of NCCE, also added that in accordance with article 41(c) of the 1992 Constitution, it was the duty of every citizen to foster national unity and live in harmony with others.

He tasked the youth to foster the spirit of loyalty that overrides ethnic sentiments and desists from acts that were inimical to their overall wellbeing.

Mr. Fiagorme further reiterated the need for every citizen especially the youth to avert their minds to the various grievances handling procedures especially the alternative dispute resolution mechanisms in resolving conflicts and not resort to violence.

News
NCCE URGES CITIZENS TO PARTICIPATE IN THE DLEs AND REFERENDUM
Oct 18, 2019