Sunyani, March 19, GNA – The National Commission for Civic Education (NCCE) has advised students to imbibe and practice the Ghanaian core values as a foundation to prepare themselves to become responsible adults and leaders of their communities and the nation.

Mr. Peter Kwabena Gyasi, the Deputy Bono Regional Director of the Commission, gave the advice when addressing about 605 students of the Methodist Technical Institute in Sunyani, saying the country's core values were fading out of the society, hence the need to revisit them.

The programme, on the theme: “Sustaining Our Democracy-Ghanaian Core Values in Practice'' was organised by the Bono Regional Office of the NCCE and aimed at creating and sustaining public awareness on the need to emulate the Ghanaian core values.

It was also to educate and sensitize the students to structure and build their lives on acceptable norms, ethics, and beliefs of society.

Mr. Gyasi mentioned patriotism, justice, honesty, trustworthiness, peaceful co-existence, hard work, decorum in language, and respect for the elderly as some of the core values, which were gradually fading out in Ghanaian society.

Mr. Gyasi cited 'Giving and taking of gifts and monies during elections of school prefects are also some forms of corruption'' and “our students must not practice that,” he advised.

He urged the students to contribute to peaceful co-existence through what they did and say in the school and at home and also entreated them to report to the security agencies all forms of crimes that could derail the peace and security of the country.

Mr. Isaac Awuah, a teacher, expressed the school’s profound gratitude to the Commission for the sensitization programme and urged the students to put the core values into practice to move the country forward. 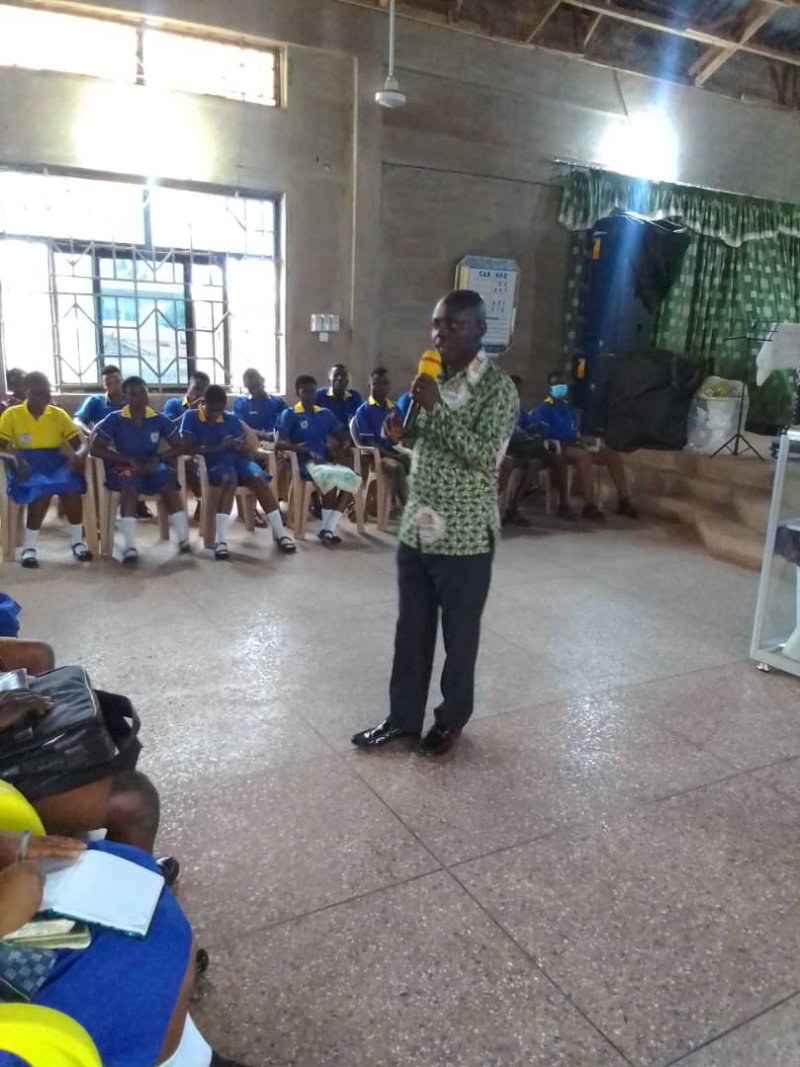