Chinderi (O/R), Aug 30, GNA - The National Commission for Civic Education (NCCE), with support from the Ministry of National Security, has organised a one-day workshop for the youth of Krachi-Nchumuru. 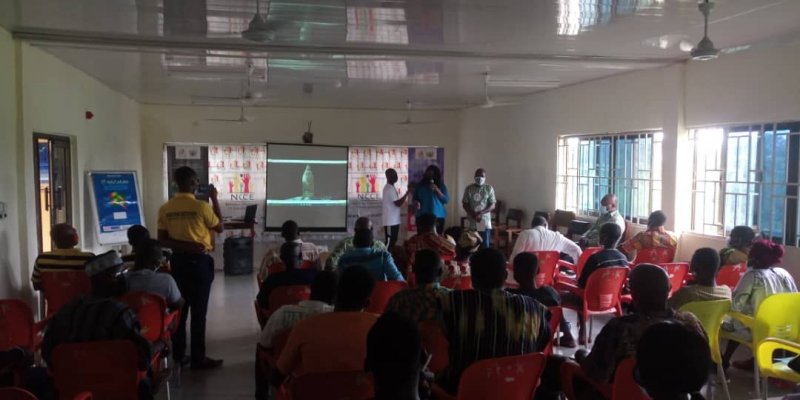 The meeting on the theme: “Empowering Ghanaians to stand for National cohesion and inclusive participation,” aimed to sensitise the youth on activities of secessionists, terrorists, and vigilante groups, which has the potential to destabilize the country.

Speaking at the programme at Chinderi in the Krachi-Nchumuru District of the Oti Region, Madam Kathleen Addy, NCCE Deputy Chairperson in charge of Finance and Administration, said Article 41(c) of the 1992 Constitution imposed on them the civic duty to foster national unity and live in harmony with others.

She advised the youth to respect the rights, freedoms, and legitimate interests of others and refrain from engaging in acts that were detrimental to the welfare of other persons.

Madam Addy called on the youth to desist from allowing politicians to use them to foment trouble during elections and also as vigilantes, terrorist and secessionist group leaders to destabilize the country.

She said politicians usually targeted the youth with promises of jobs in the security agencies, which mostly did not materialize.

Mr. Emmanuel Ahorlu of the National Intelligence Bureau (NIB), who spoke on the topic: “National Security Strategy and National Framework for Countering Violent Extremism and Terrorism in Ghana,” called on all citizens to support the security agencies to identify and deal with people, using unapproved routes to enter the country.

Mr. Ahorlu said illegal migrants were causing trouble, recruiting the young ones into groups like the Taliban and ISIS.

He said the government and the Ministry of National Security were aware of the drivers of violent extremism and terrorism, including unemployment, unresolved chieftaincy disputes, lack of social amenities, uneven distribution of developmental projects, extreme political rivalry, fake news, and corruption, among others.

Mr. Ahorlu referred to a video that was shown to the participants on violence in some neighbouring countries and said the activities of extremist and terrorist groups in West Africa and other African countries, were a threat to human security.

He said the government was doing its best to pre-empt, prevent and protect citizens as well as respond appropriately to any incident of terrorist attack in the country.

He called on citizens to support the security agencies to fight crime and that community leaders, especially Chiefs, should make efforts to know the people they accommodate in their communities.

He called on everyone to know his/her neighbour as these would help identify strangers and monitor their activities in the communities.

He called for all citizens to be treated equally before the law to promote peace in the country.

Rev. Fr. Okoledah, who is also the Chairman of the District Inter-Party Dialogue Committee (IPDC), called for equal opportunities for citizens devoid of political, religious, or tribal persuasions.
He called on citizens to be tolerant of one another to ensure peace.
Mr. Abass Yussif, the Krachi-Nchumuru District Director of NCCE, urged the population to uphold the peace, stressing the need to abhor any religious statement that would instill conflict and war.

He said the use of provocative and defamatory statements, heightening of ethnic and other tensions, personal attacks, and acts of violence must be avoided at all times.

News
We will defend the Constitution, resist any attempt for overthrow...
May 12, 2021