The National Commission for Civic Education (NCCE) has sensitized the youth of Nkonya-Adenkensu in the Biakoye District of the Oti Region on violent extremism, peaceful co-existence, and national cohesion in order to sustain the stability of the country. The Commission admonished the youth within communities to assist the Commission’s drive to educate and create awareness of the need to be careful, vigilant, and security conscious.

The Biakoye District Director of the NCCE, Reverend Leonard Aglomasa, said that violent extremism and terrorism could affect human security in the country if the citizenry did not peacefully co-exist to sustain national cohesion and harmony. He stated that extremist activities and terrorism had caused havoc in neighbouring countries and that citizens should stay alert.

Reverend Leonard Aglomasa cautioned the community to be vigilant of strangers adding that they should investigate them before renting a place or before giving out any information to them. He added that they should protect one another because they are one people stressing that they should be united irrespective of their religious or ethnic differences.

Stephen Adu, the opinion leader of the town, said embracing peace, unity, and harmony would ensure growth and development in the area and pleaded with residents to co-exist peacefully and avoid all forms of disturbances that could bring chaotic situations. 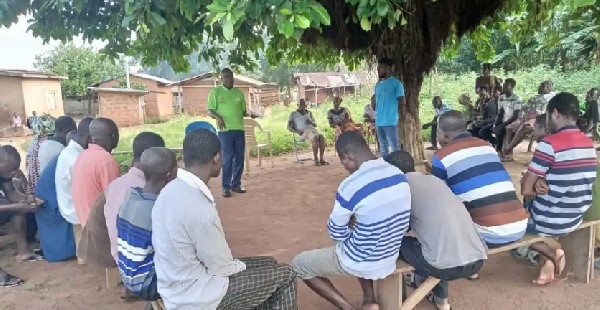