‘ENGAGE THE CITIZENRY TO BE SECURITY CONSCIOUS’-NCCE

In order to vigorously conscientise Ghanaians on the need to safeguard the peace and stability of the country, Ms. Kathleen Addy, Deputy Chairman, Finance and Administration advised staff of the Commission to engage the citizenry to be security conscious.

The Deputy Chairman made the remark at the opening of the NCCE/EU Preventing Electoral Violence and Providing Security to the Northern Border Regions of Ghana (NORPREVSEC) Project Training Workshop for the third batch of District Directors in Kumasi. She charged participants to ensure that their staff in the districts are equally trained based on what they have learned from the workshop to be on top of their education campaigns on preventing violent extremism within the districts. She commended the European Union for supporting the NCCE to undertake the project.

Since security issues were sensitive, Ms. Addy stressed the need for the directors to ensure that the staff were conversant with the concept and properly arm themselves with the right information to effectively educate the public. “Please pay attention, concentrate, and ask questions during the workshop in order to effectively engage” she stressed.

Facilitating a session, Brigadier General Emmanuel Kotia, Coordinator of the National Border Commission, stated that the NCCE has a key role to play in helping actualise the vision of the National Security Strategy (NSS). He, therefore, charged staff of the Commission to be enthusiastic and passionate about educating the general public on the need to safeguard the peace and stability of the country.

Brigadier General Kotia said the civic aspect of the NSS is the assigned role of the NCCE and entreated the Commission to identify priority areas to pursue under the five-year National Security Strategy. He stated that conflicts retard development, and reiterated the fact that Ghana is the only country we have and that there is a need for NCCE to conscientise people to co-exist peacefully, be tolerant, disciplined, and preserve the peace in the country. He charged the Commission to lead the way in helping build a culture of trust between Ghanaians and public institutions so that they could inform the security agencies about useful security tips in their various communities.

Welcoming participants, Madam Margaret Konama, Acting NCCE Ashanti Regional Director, reminded the District Directors of the oneness of Ghana and encouraged them to participate actively during the training session in order to educate their staff to effectively sharpen the hearts and minds of the public on violent extremism. 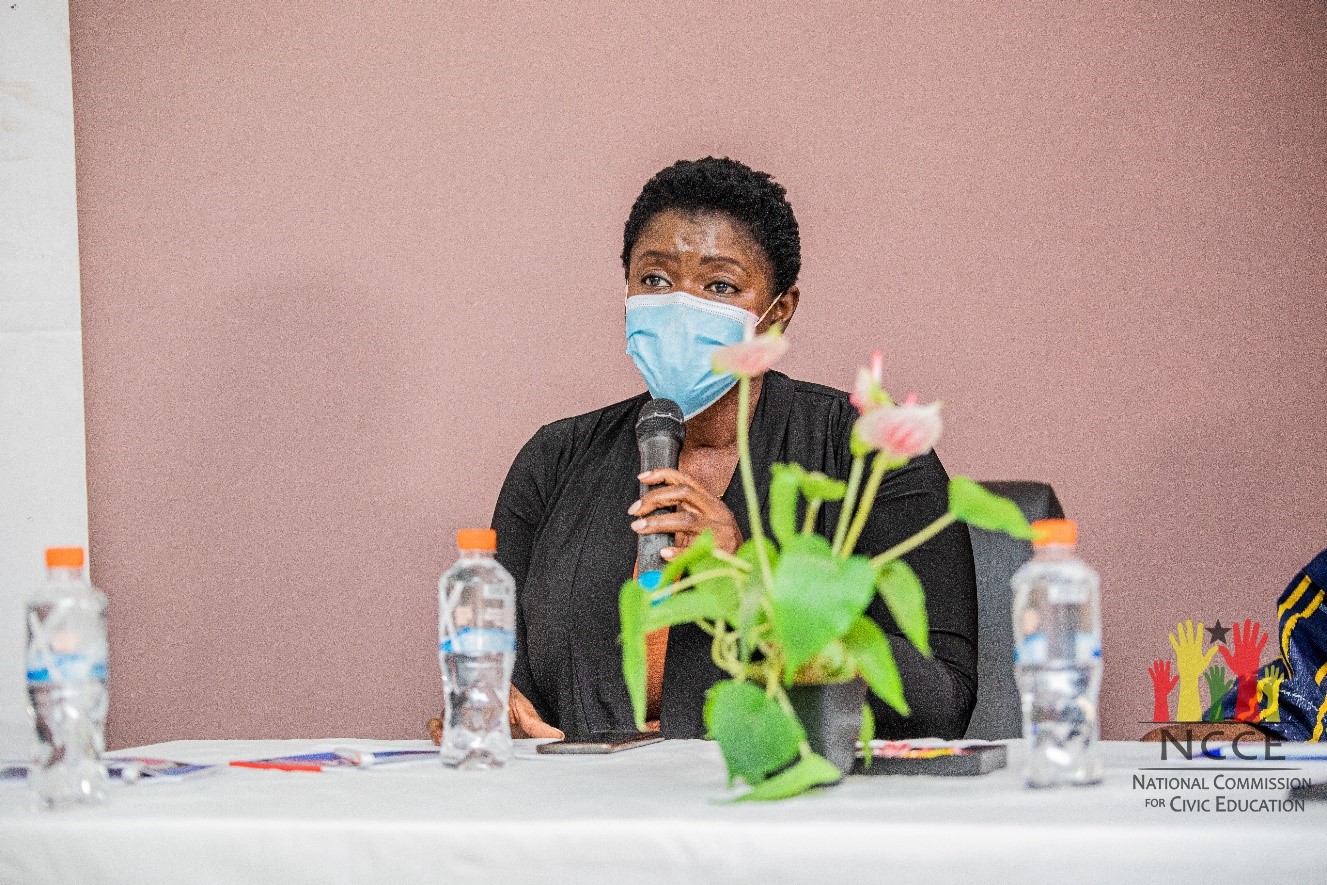 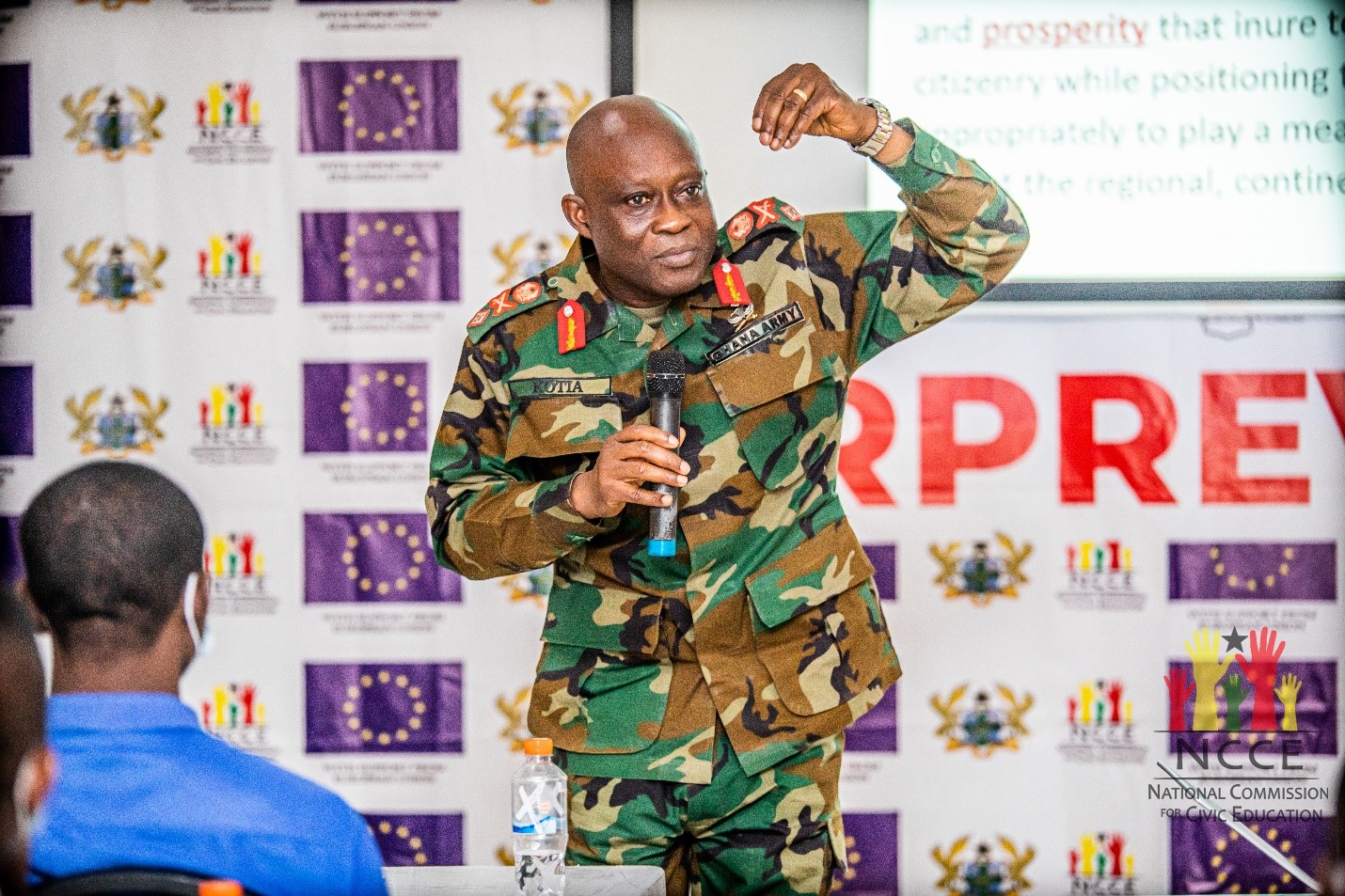 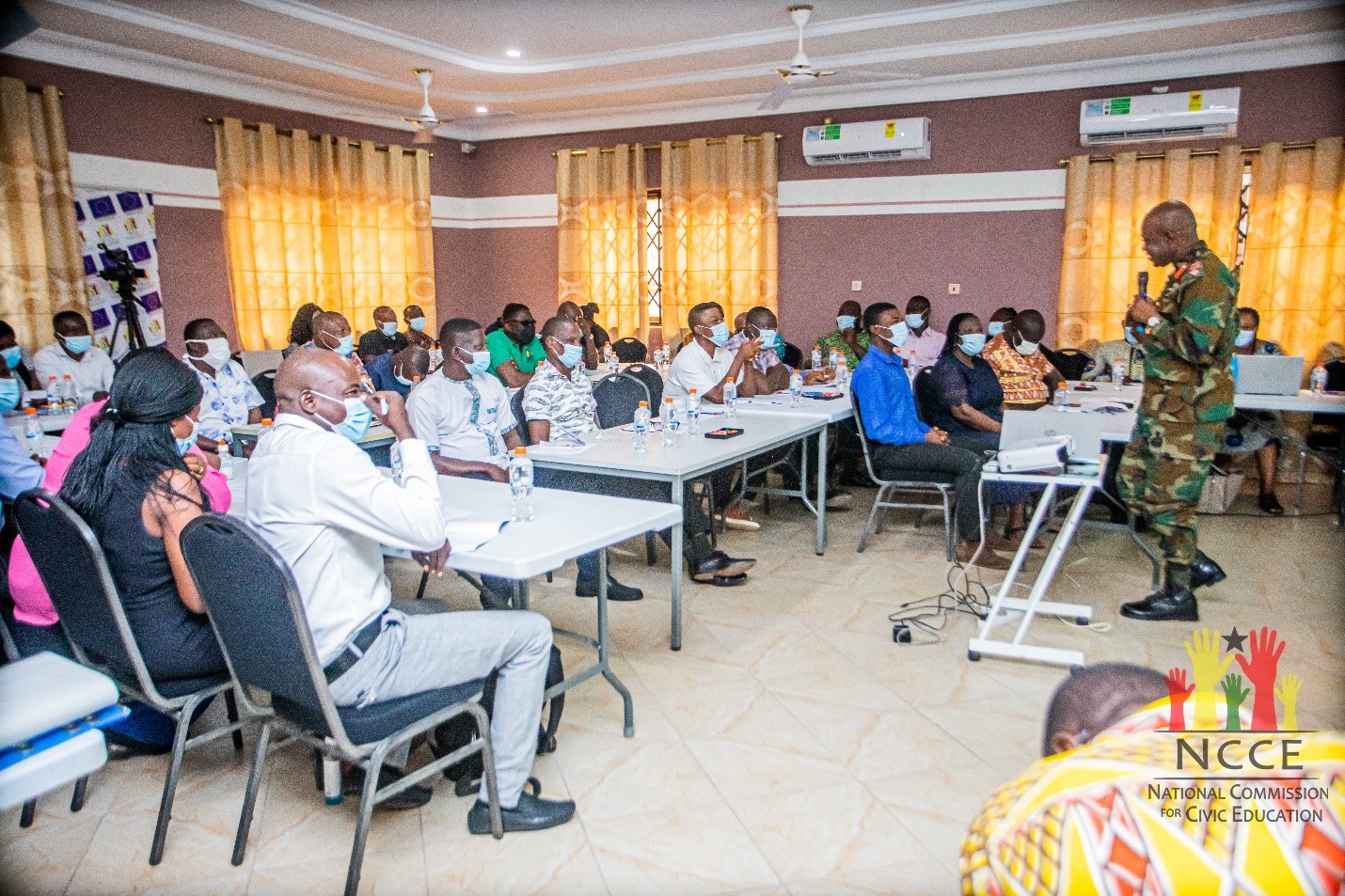 A section of participants listening with rapt attention. 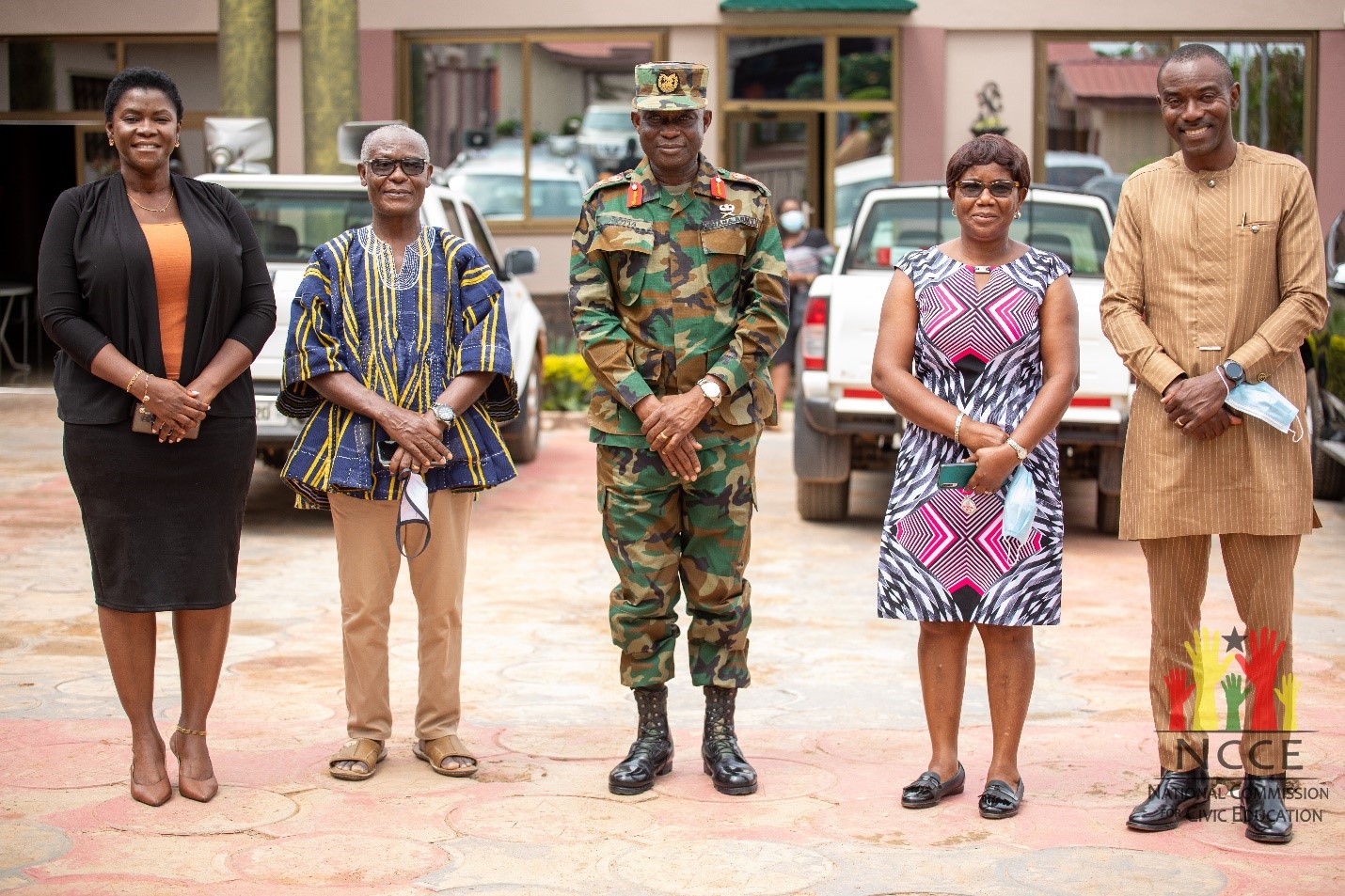 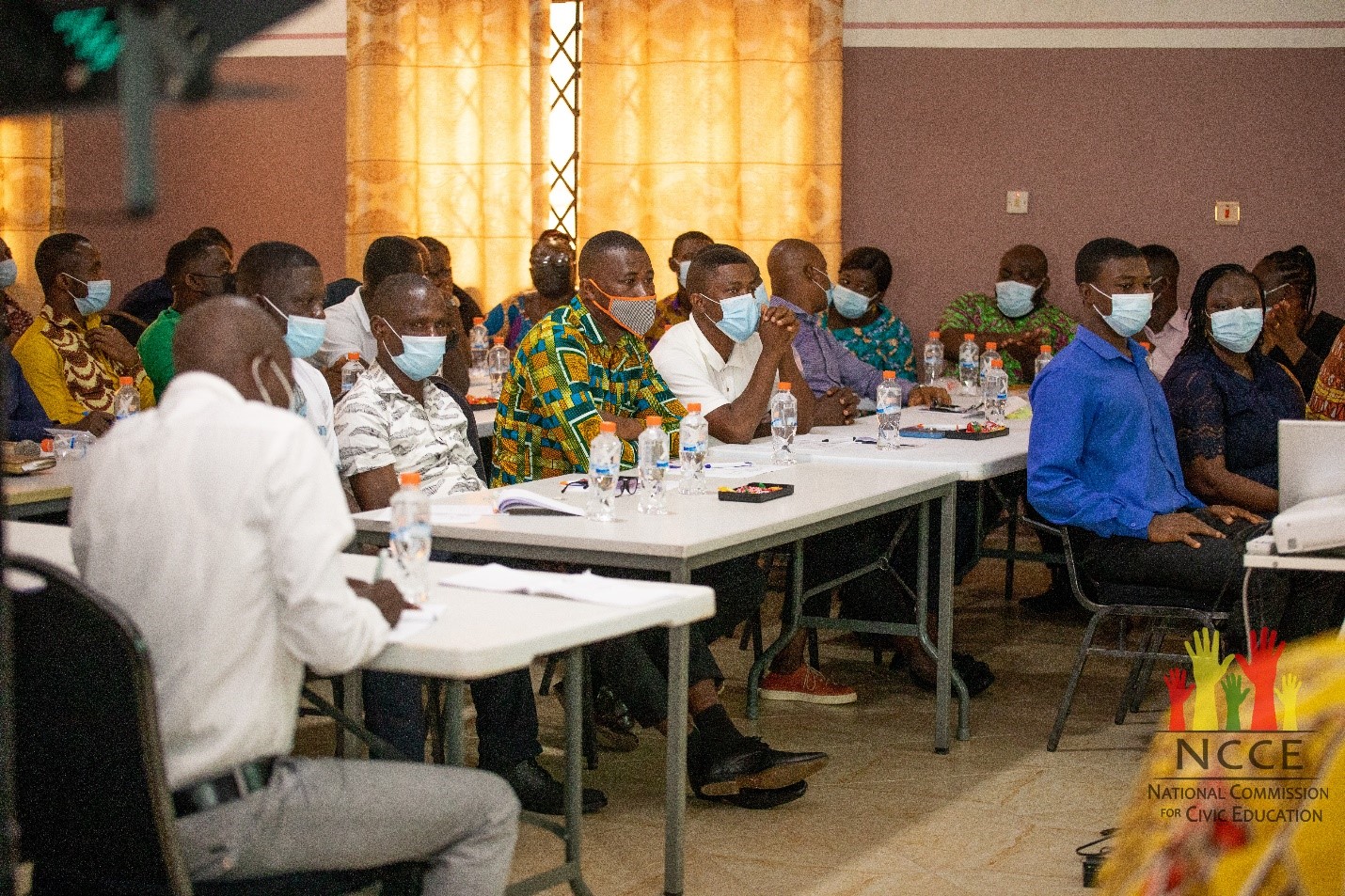 A section of participants at the workshop in Kumasi. 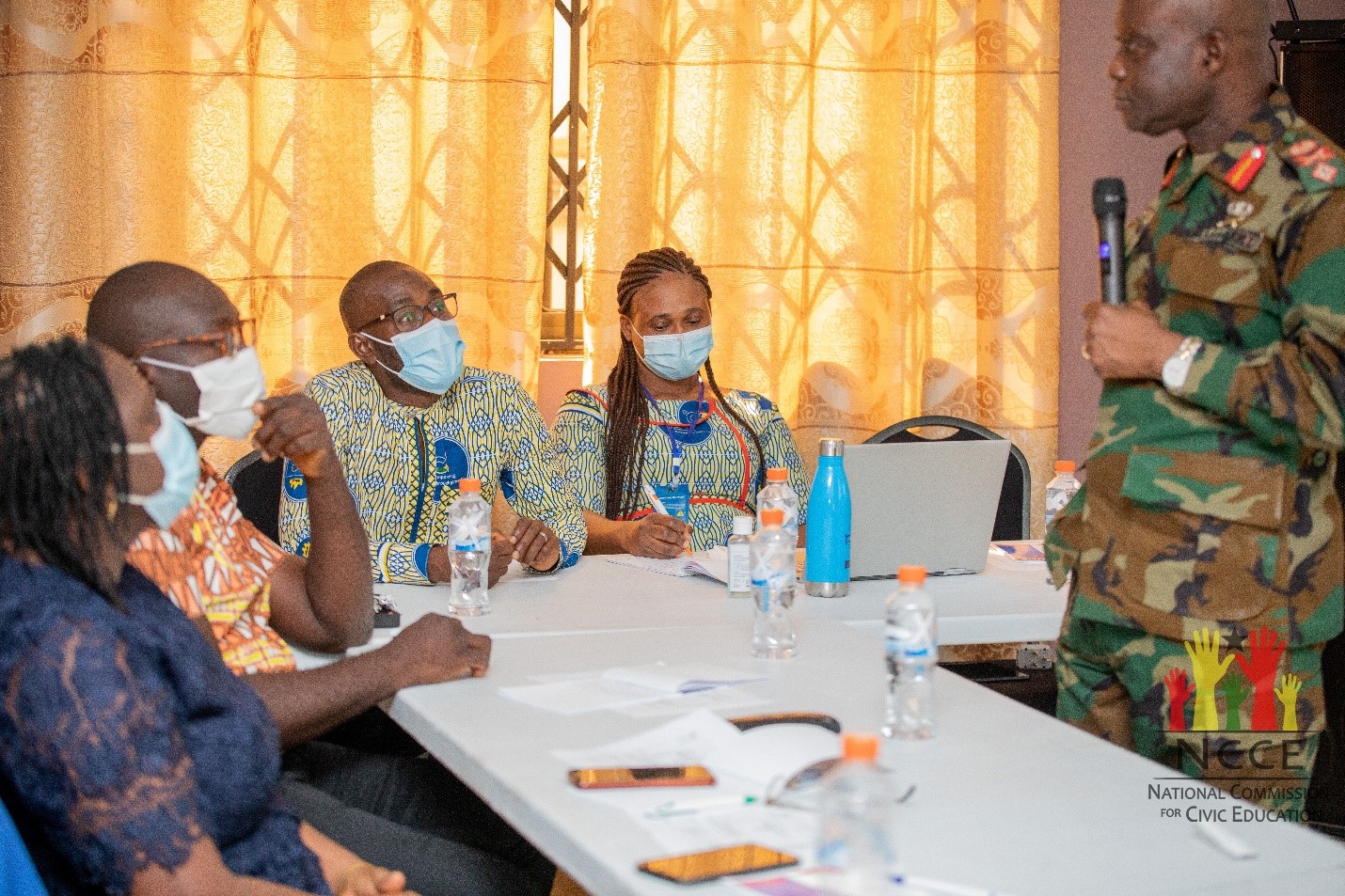 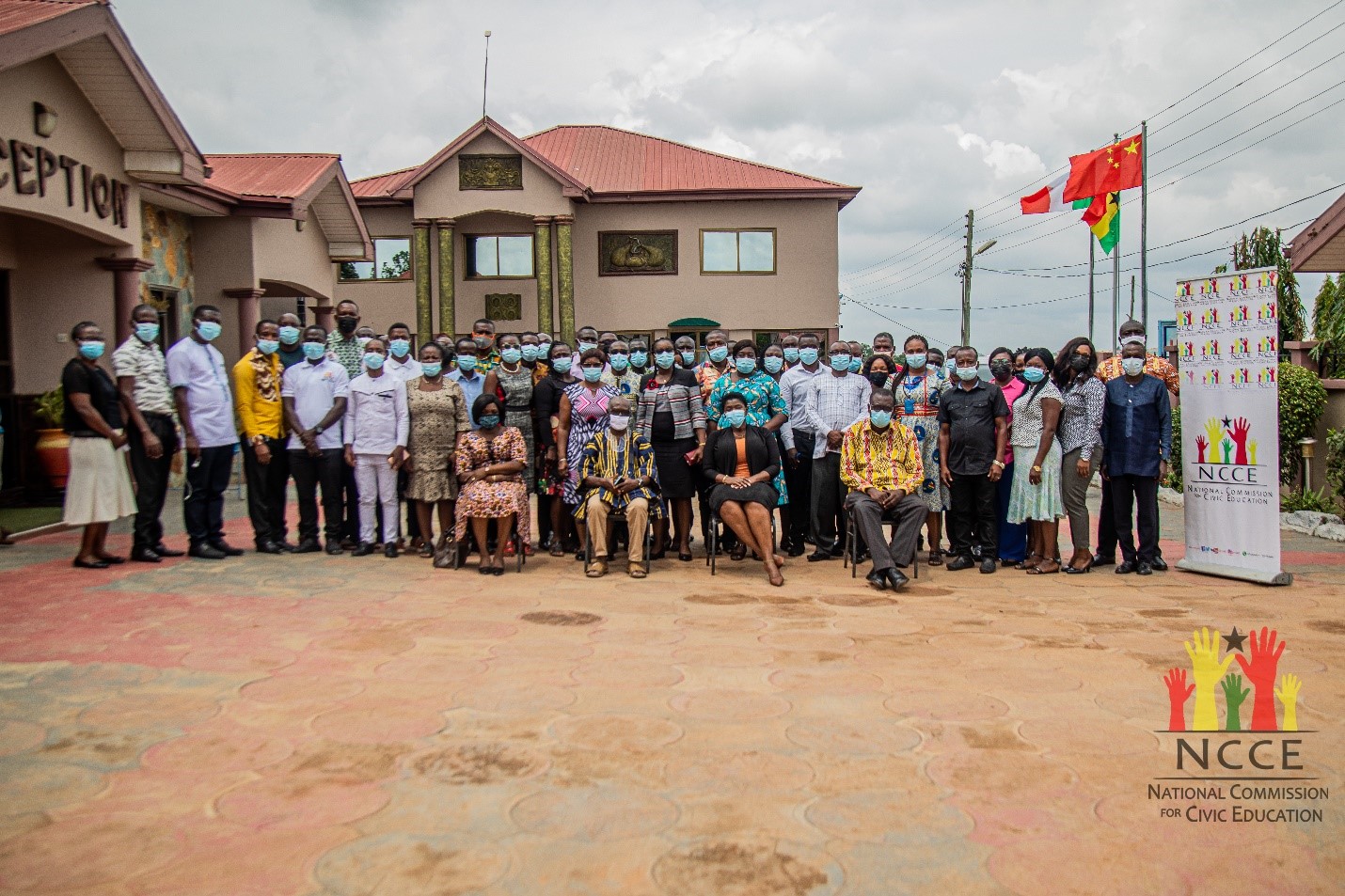 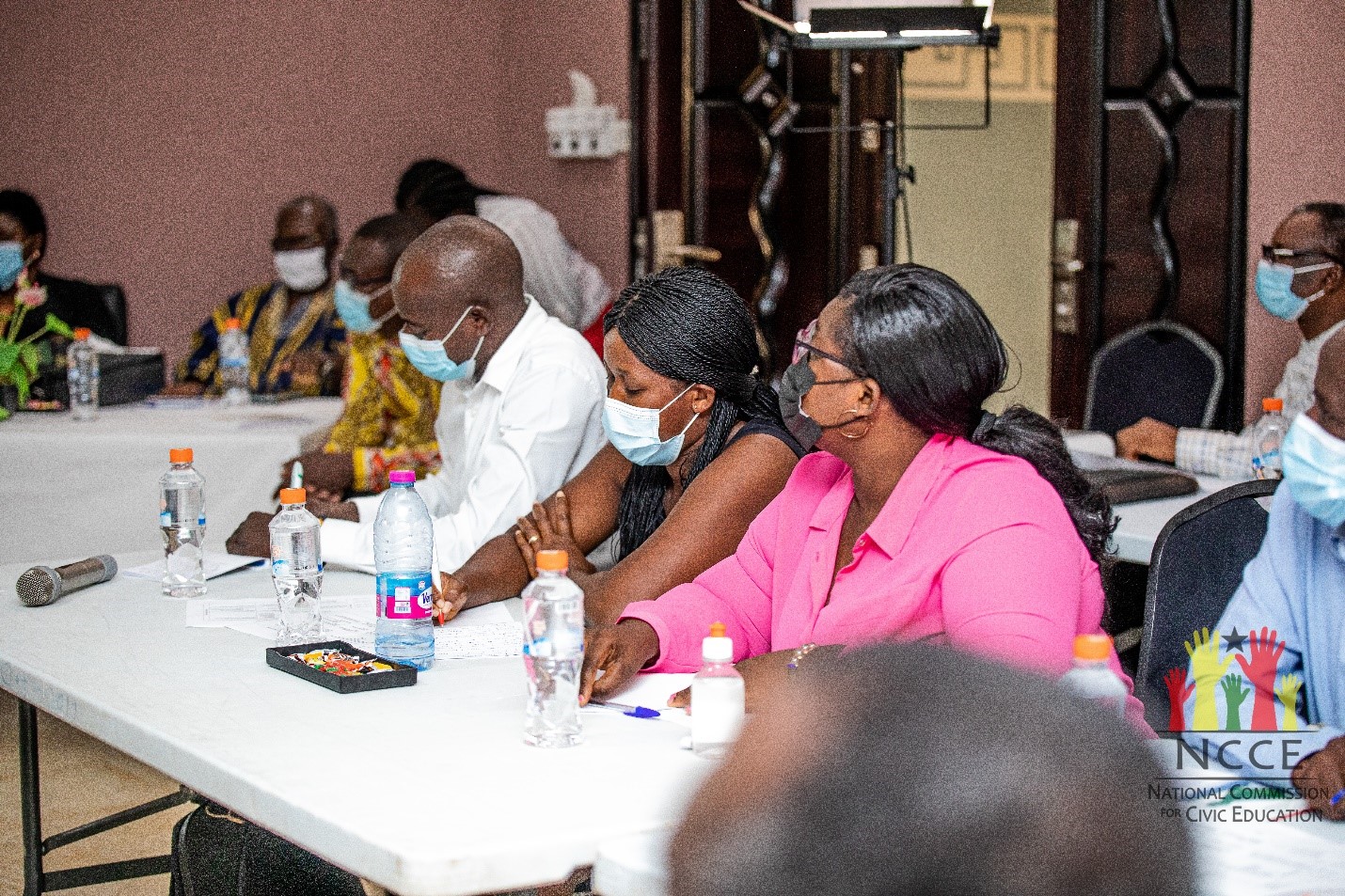 A section of participants at the workshop.

News
NCCE RECEIVES SUPPORT FROM THE PRESIDENCY FOR PUBLIC EDUCATION ON...
Jun 12, 2020