Do not make yourselves targets of attack - Citizens urged 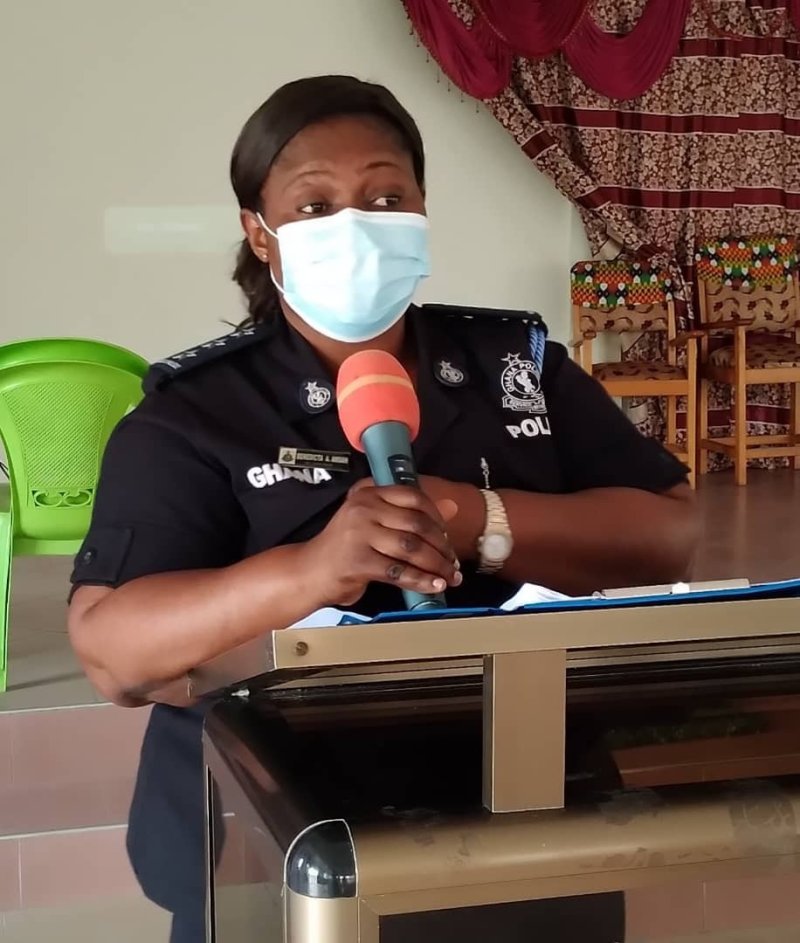 She said an attacker would strike if he had a safe target, therefore it was of necessity for all to be security cautious and maintain a high level of vigilance to avoid exposing themselves to attack.

DSP Ansah, speaking during the Inter-Party Dialogue Committee (IPDC) session at Kpetoe in the Agotime-Ziope District of the Volta Region, encouraged the citizens to desist from moving at odd hours.

She said security was a shared responsibility, hence citizens should practice personal safety in their daily undertakings and support the security agencies to make the communities safer.

She admonished the populace to be precise of the location of crime when reporting to the police to enable them to act quickly.

DSP Ansah charged citizens to question strangers in their communities about their mission and report to police when they failed to give them any credible reason.

She asked parents to teach their children about security and avoid opening their doors to strangers.

Mr Kenneth Kponor, the Volta Regional Director, National Commission for Civic Education (NCCE), emphasised the need for political parties to tolerate each other and ensure all their activities were tailored at enhancing the unity of the country.

He said the Commission and the Ministry of National Security were much concerned about the safety of the country, thus the move to engage the citizens on violent extremism, national cohesion and peaceful coexistence.

Mr Kponor said the progress of the country was hinged on a peaceful atmosphere because peace was an essential tool for development and urged all to cherish it at all times.

Mr Christian Ahiawodzi, the Agotime-Ziope District Director of the Commission, mentioned unemployment, lack of good road network, potable water, and electricity as some of the reasons people felt aggrieved.

He said though these were genuine reasons it was important that the grievances were expressed peacefully and through the appropriate channels devoid of hubbub and violence.

Mr Ahiawodzi said resorting to violence to address grievances would destroy the gains made and denied the country the rapid socio-economic development it had been yearning for.

He used the opportunity to encourage the citizens to continue to observe the covid-19 safety protocols and avail themselves to be inoculated.

Representatives of the National Democratic Congress and Conventions People's Party, Messrs James Agbokpa and Prosper Adzri, respectively, pledged their parties' commitment to promoting the peace of the country.

The meeting was organised by the Commission in collaboration with the Ministry of National Security, on the theme: “Empowering Ghanaians to stand for national cohesion and inclusive participation.”