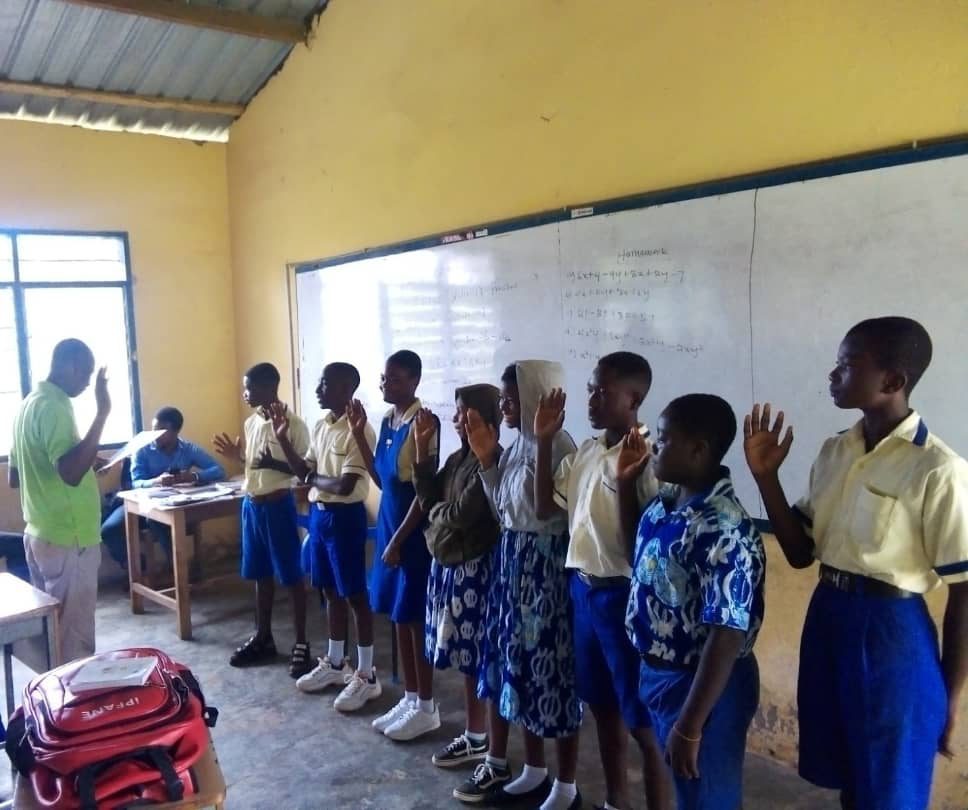 He said such engagement must be carried out be it in Church, Mosque, School, or a village arena to make the population civic conscious.

The District Director said civic education is an ongoing process covering a wide range of subjects and this great task could only be effectively performed by bringing the Constitution to the doorstep of every Ghanaian in a simple language.

This, he said, could only be achieved through a 24-hour civic engagement which required mass involvement.

He said as a strategy to reach out to the mass of the people, especially the youth, with an understanding of the principles and objectives of the 1992 Constitution as the fundamental law of the land, the idea for the formation of CEC was conceived in 1996 when the first CECs comprising five schools were inaugurated at Accra Academy in Accra.

Mr. Latsu said, by this, citizens would be civically-conscious, conversant, and abreast of their rights and civic responsibilities.

He said as students, what is needed for the realisation of their potential is commitment and perseverance.

The Patron of the club, Mr. Bright Tutu, was grateful to the management and staff of the Commission for the re-constitution of the club in the school.

He appealed to the students to study hard since their future depended on the kind of education they had.

CEC is a voluntary study group of the Constitution that provides an avenue to shape the views of the youth on the Constitution and helped develop in CEC members, an awareness of the principles and objectives of the 1992 Constitution as the fundamental law of the land.

Membership to the club is non-partisan and open to all Ghanaians.