four-member delegation from Malawi’s Ministry of National Unity and Civic Education has visited the National Commission for Civic Education (NCCE) to understudy the work of the Commission. The three-day 3-day study tour will offer the Malawian team firsthand operational information on Civic Education strategies by the NCCE in Ghana.

At an official welcoming ceremony at NCCE’s Head Office in Accra, the Acting Chairperson, Ms. Kathleen Addy, took the delegation through the work of the Commission. Ms. Addy also gave a brief background of Ghana’s chequered history of political instability up until the fourth Republican Constitution, Ms. Addy raised at the meeting how the two sister institutions could share lessons and collaborate effectively on civic education programmes now and in the future. She welcomed the delegation and wished them a fruitful study tour.

The Deputy Chairman, Operations, Mr. Samuel Asare Akuamoah explained that the NCCE established by Article 233 and Act 452 of the 1992 Constitution is one of three independent Commissions aside from the Commission on Human Rights and Administrative Justice (CHRAJ), the National Media Commission, and the Electoral Commission (EC) to carry out civic education in the country. He explained the structure of the Commission and stated that the Commission reports directly to Parliament and does not receive any instructions from the Executive. Mr. Akuamoah also mentioned the core values of the Commission of which its presence is felt in all sixteen (16) regions and two hundred and two hundred and sixty (260) districts across the country.

Commission Secretary at NCCE, Mr Tito Voegborlo took the delegation through the thematic areas and flagship programmes of the Commission such as Annual Constitution Week, Annual Citizenship Week, Project Citizen, Dialogue Series, Democracy Lecture, Ghana Constitution Game/Quiz Competition and Social Auditing Programmes. He again explained how civic education is delivered to target groups, especially at the grassroots and some anticipated challenges Civic Educators could face in their line of duty.

Directors at the Head Office also took turns explaining their operations to the team from Malawi.

The Director of National Unity, Malawi, Gomani Chindebvu Elizabeth Mabvundo, expressed appreciation to the NCCE for the information sharing session. She believes it would assist them to establish a Civic Education Commission in Malawi. She added that the team will report back to the Government of Malawi to help assist the government in achieving its objective of being an inclusive, wealthy, and self-reliant economy by 2063. 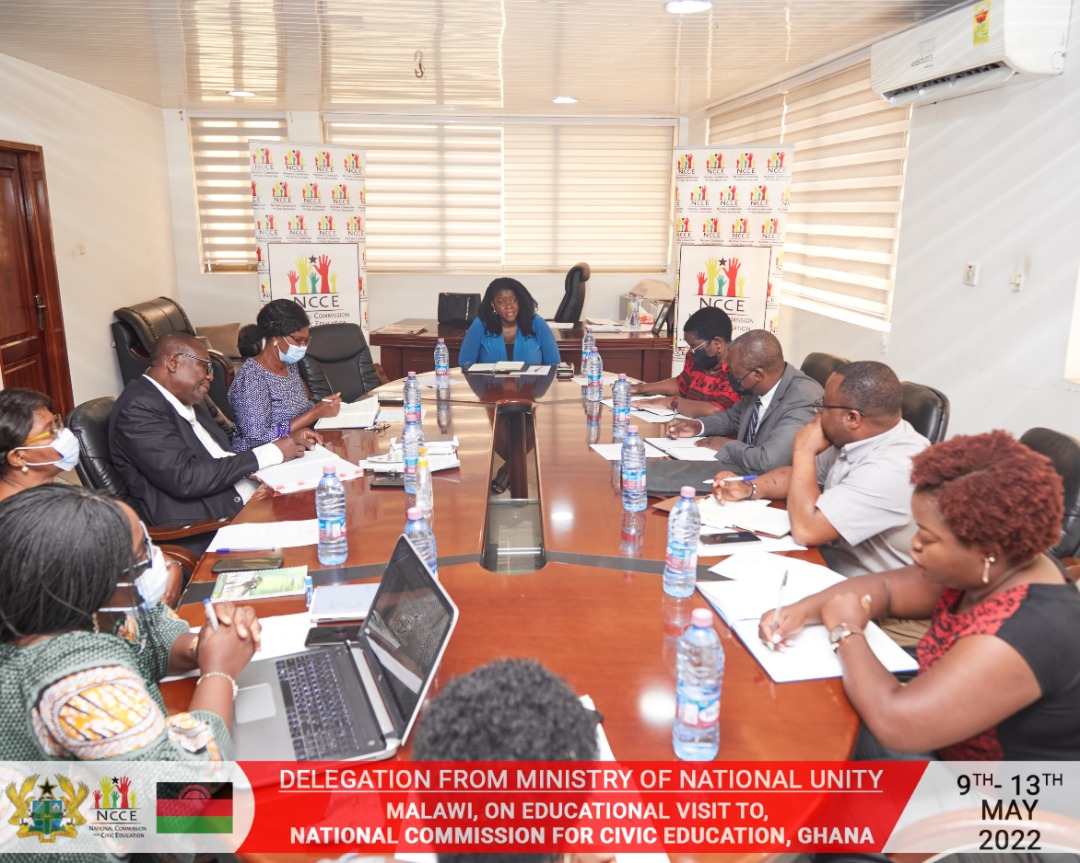 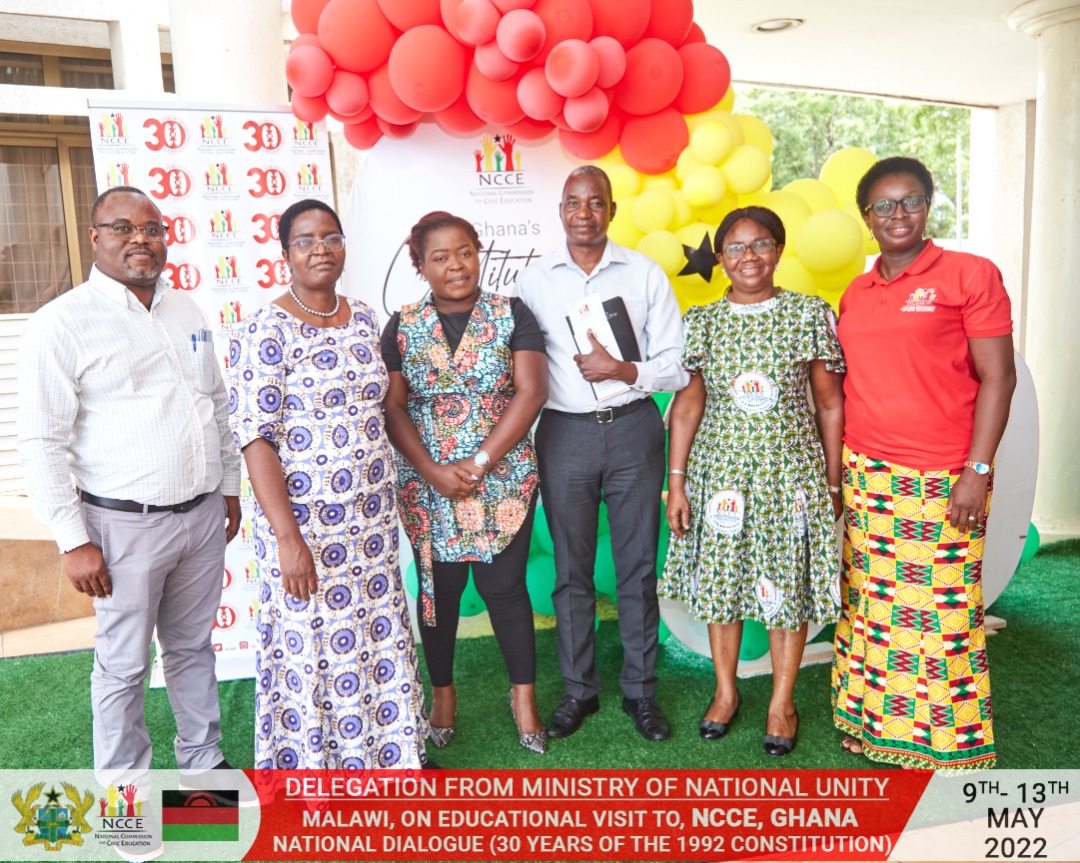 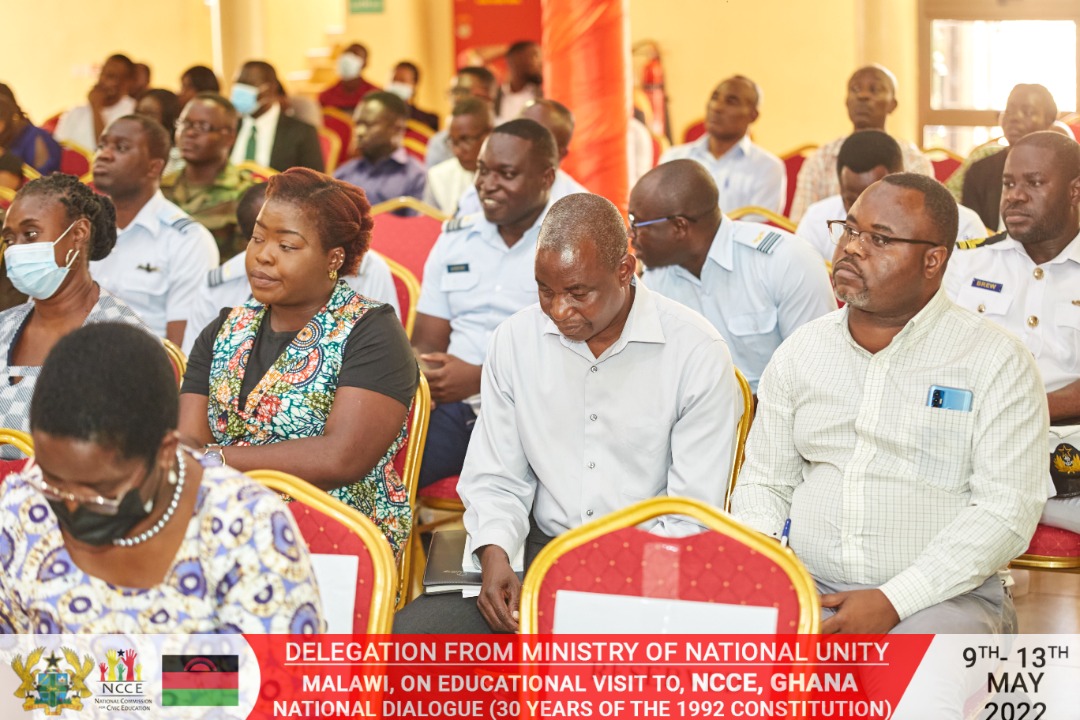 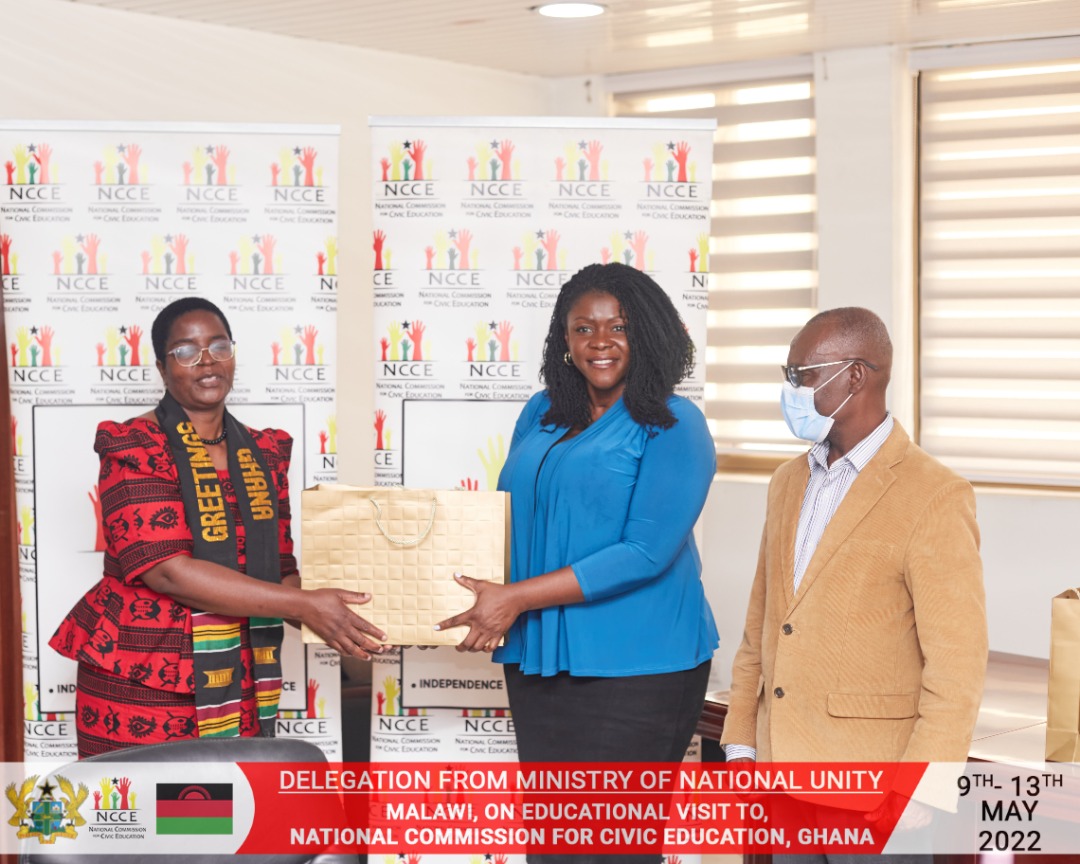 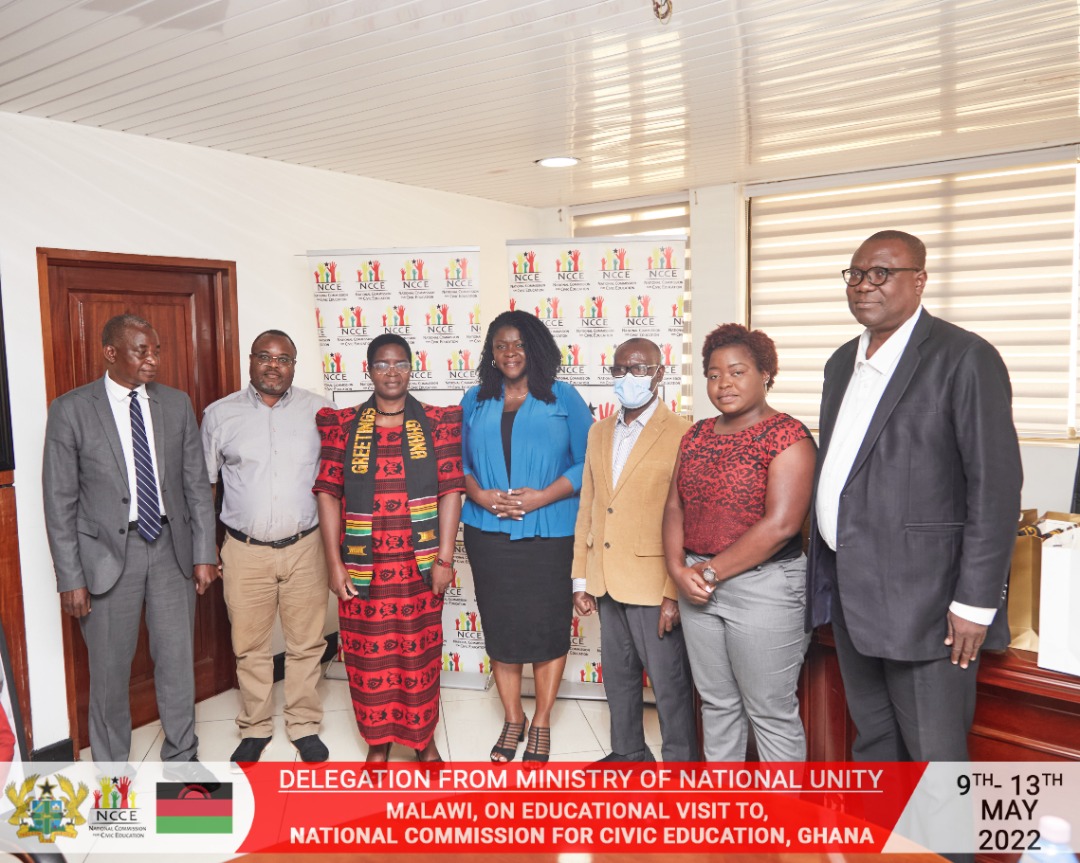 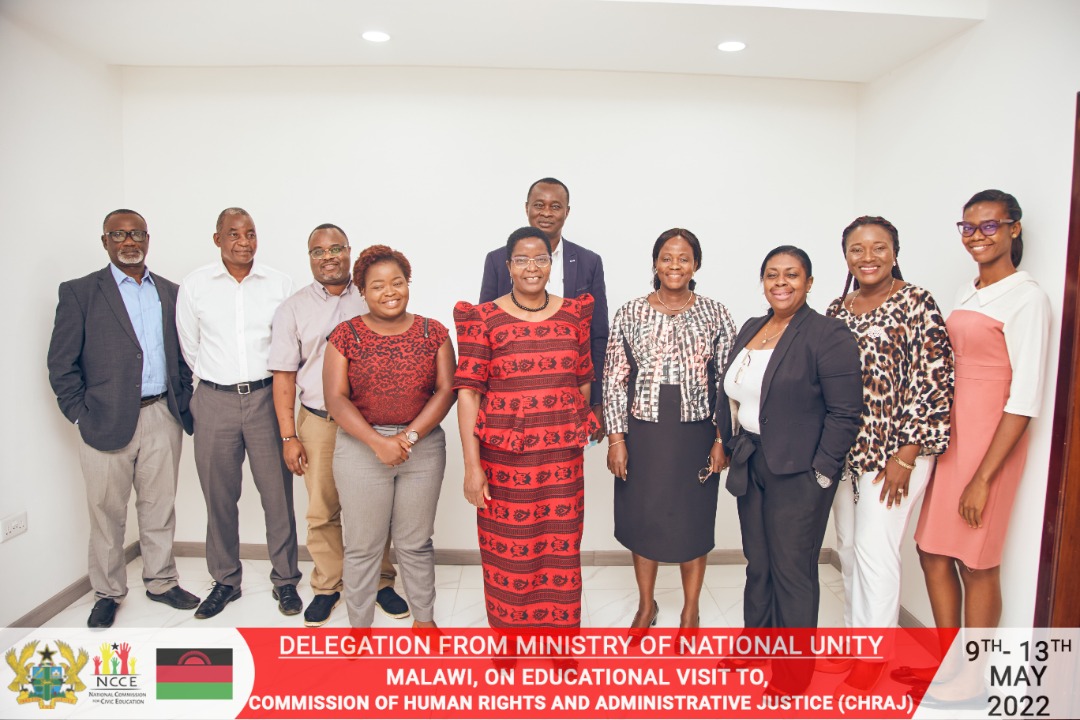 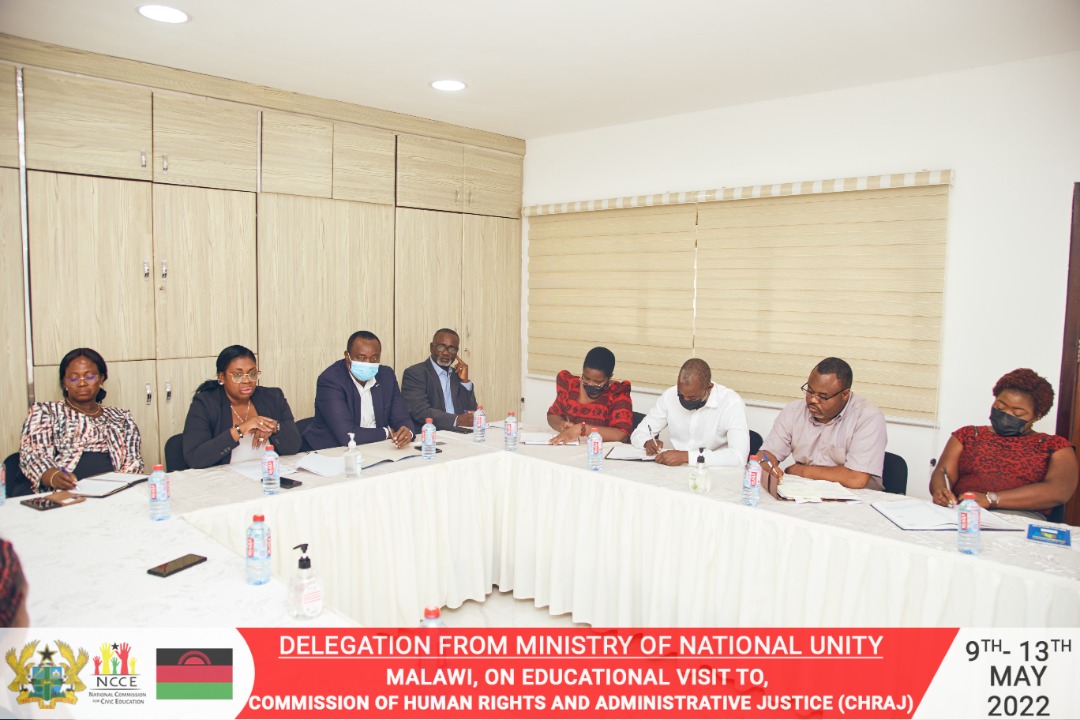 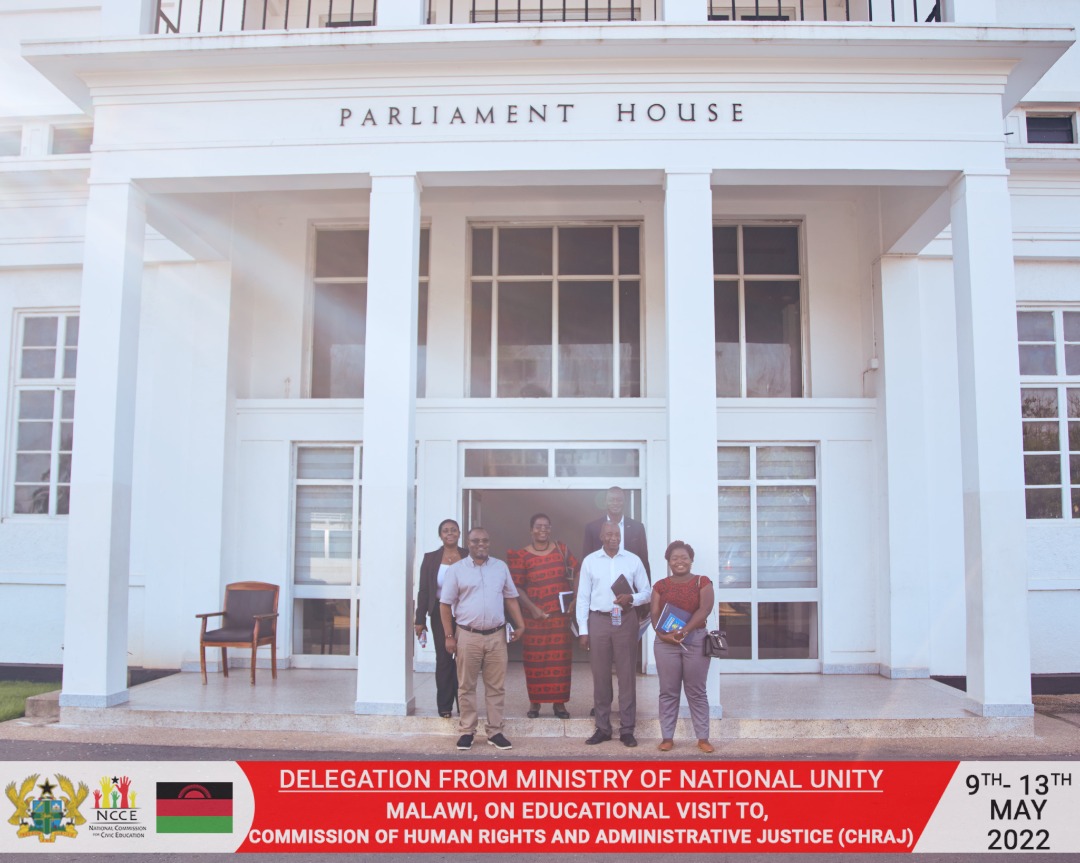 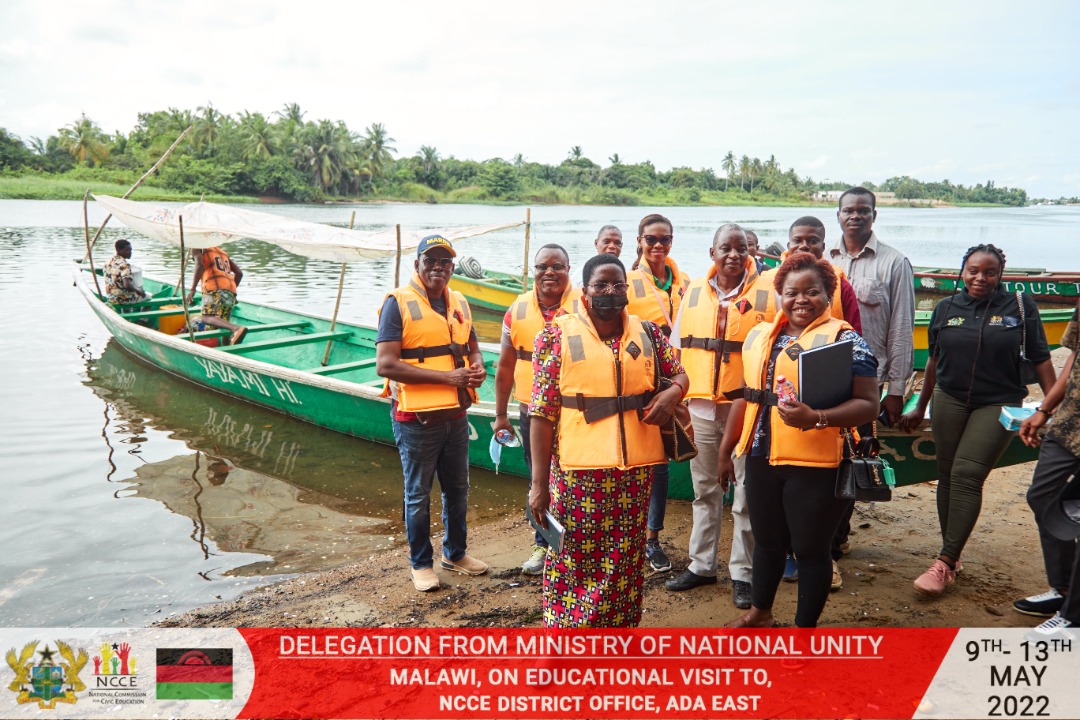 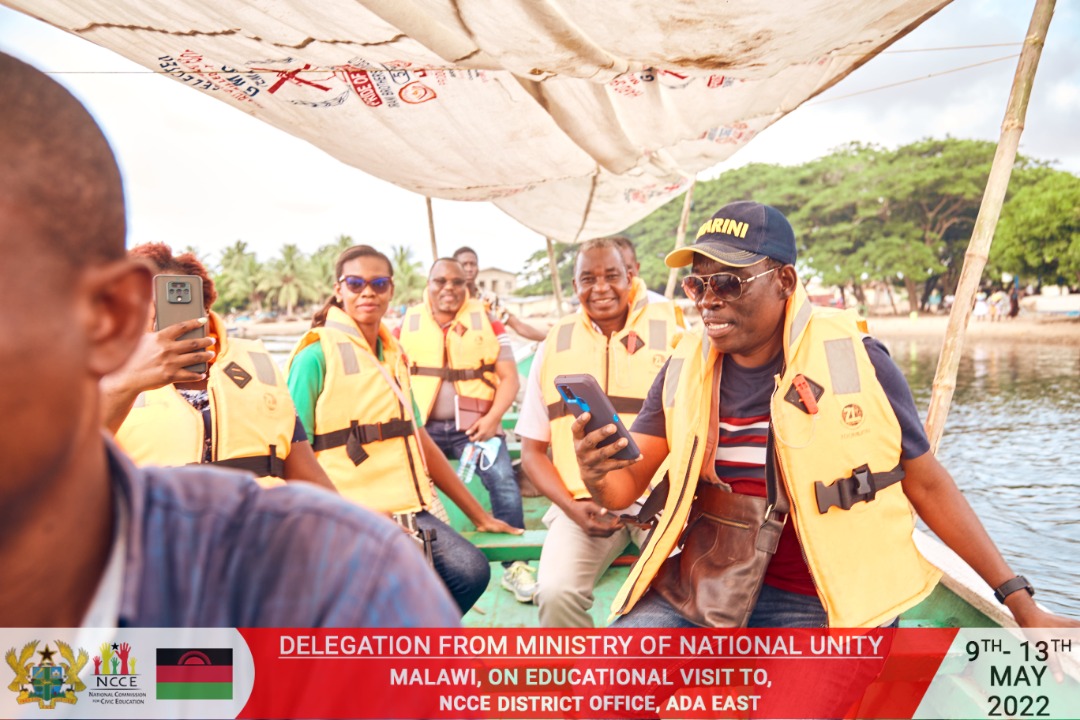 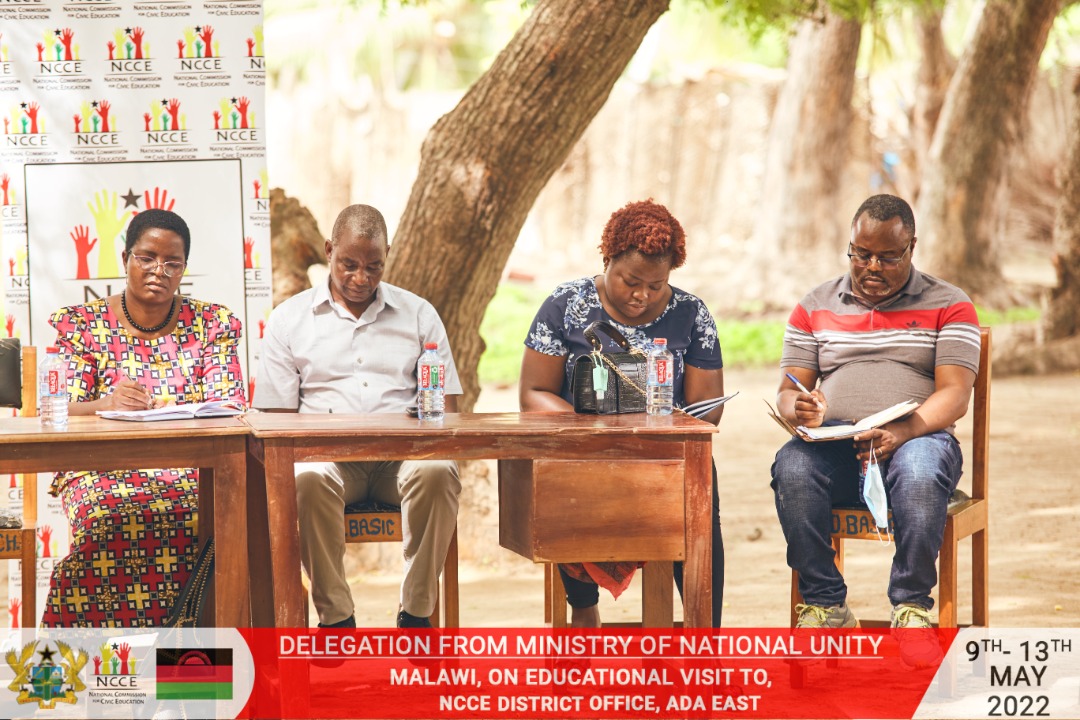